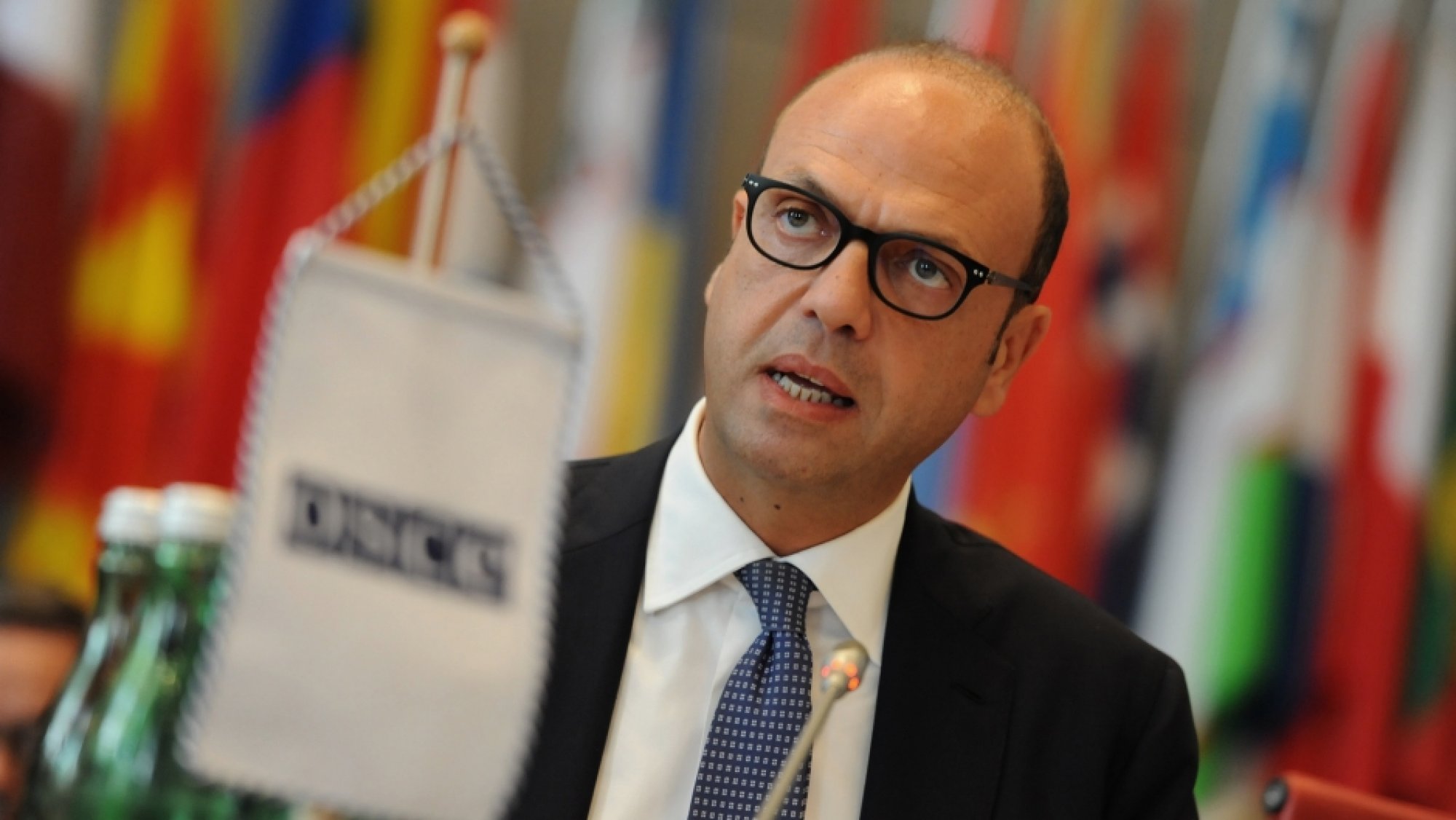 Focus on the Mediterranean region

During its Chairmanship, Italy wants to attach greater importance to the many challenges emanating from the Mediterranean region. “We will reinvigorate the intuition of our founding fathers who recognized in the Helsinki Final Act the indivisibility of Euro-Mediterranean security,“ Alfano emphasised. He went on to explain that “global security and prosperity are dependent on the dynamics in the Mediterranean region“. Italy therefore wants to reinforce the political dialogue with the OSCE Mediterranean Partners for Cooperation and enhance concrete security cooperation, for example regarding migration management and the return of foreign fighters from Syria and Iraq to Europe.

Italy also wants to put special emphasis on the fight against corruption in all of its forms. In the words of Alfano, corruption “undermines trust between citizens and the state”. Towards this end, Alfano announced the appointment of Paola Severino, former Italian Minister of Justice, as Special Representative.

Conflicts in the OSCE region

Alfano also referred to the conflict between Moldova and its breakaway region of Transdniestria, saying that the recent positive developments, such as the reopening of an important bridge over the Dniestr river in November last year, indicated “a crucial moment for the resolution of the crisis”. Therefore, Rome decided to appoint Franco Frattini, former Italian Foreign Minister, as the new Special Representative for Transdniestria.

Italy will also continue to work on helping to solve the Ukraine conflict. Alfano said that Italy would work on “intensifying negotiations within the Normandy Format and the Trilateral Contact Group”. He also announced that he would travel to Ukraine and Russia from 30 January until 1 February. The Italian Chairmanship will reappoint the Special Representative in Ukraine and in the Trilateral Contact Group, Ambassador Martin Sajdik.

In addition, elections is Armenia and Azerbaijan this year could complicate the already volatile situation concerning Nagorno-Karabakh. This will be something to watch.

Whether Italy will be able to implement all of its planned priorities will depend a lot on Rome’s ability to ensure continuity in topics, especially in light of the upcoming parliamentary elections in the country, scheduled to be held on 4 March.

Angelino Alfano, who founded the centrist Christian-democratic Popular Alternative party, already announced that he would not stand in the election. In concrete terms, this means that during the Italian OSCE Chairmanship there will be a change in the political leadership. A new Chairperson-in-Office will take over as soon as a new government is formed after the elections, and a new Foreign Minister takes over.

In addition to a change in political leadership, the Italian OSCE Chairmanship faces a number of organisational challenges that need to be solved quickly in order to ensure the continuous and smooth functioning of the Organization.

Since the OSCE Unified Budget was not adopted on time last year under the Austrian OSCE Chairmanship, Italy is now under pressure to help build consensus so that the budget can be passed quickly.

Furthermore, the mandate of the OSCE Special Monitoring Mission to Ukraine will run out on 31 March. A consensus decision to prolong the mandate needs to be passed quickly. The term of the Chief Monitor, Ambassador Ertugrul Apakan, is also due to expire this spring; his will be big shoes to fill.

Another challenge for the Italian OSCE Chairmanship is ensuring a smooth continuation of the so-called OSCE Structured Dialogue on military security issues, which was successfully launched last year under the able leadership of the German Ambassador to the OSCE, Eberhard Pohl. For this year, the Belgian Ambassador OSCE Ambassador took over.

Given rising military tensions between Russia and the West as well as increasing confrontational rhetoric on both sides, this new format is uniquely placed to help improve military-to-military contacts and to develop a systematic analysis of trends in military force postures and exercises. Entering into its second year, the new dialogue format now needs to show some concrete results.

Finally, the Italian Chairmanship has to find ways to reduce Turkey’s discontent with the Organization. Turkish Vice-Foreign Minister Achmet Yildiz said at the December 2017 OSCE Ministerial Council meeting in Vienna that “affiliates of the terror organization” which perpetrated the coup last year in Turkey were “allowed a presence” at OSCE meetings. Turkey wants the OSCE to establish clear modalities for attendance at OSCE meetings. A reflection group was created to find a solution to this issue.

Italy as a mediator between East and West

Italy last presided over the Organisation 25 years ago. At that time, the OSCE was still known as the Conference for Security and Cooperation in Europe (CSCE), and political realities differed greatly from today.

While in 1993 there was a certain spirit of optimism due to the end of the Cold War, today’s situation is characterized by heightened tensions between Russia and the West, large-scale military manoeuvres on both sides, dangerous encounters of military aircraft, and a general military build-up.

In addition, the Ukraine conflict remains unresolved in its fourth year. However, at the end of December, there was a positive development when the largest prisoner exchange since the conflict broke out in 2014 took place. Despite this positive development, the recent US decision to provide Ukraine with lethal weapons is seen by many observers as contributing to conflict escalation. Furthermore, Russia decided to withdraw its military officers from the Joint Centre for Control and Coordination (JCCC) in mid-December, a body consisting of Russian and Ukrainian military officers, which helps to facilitate local ceasefires in eastern Ukraine and to ensure the security and safety of civilian OSCE monitors.

Also, Italy is not part of the Normandy Format, which consists of Russia, Ukraine, Germany and France, and which has been engaged in high-level political negotiations to settle the conflict. The format is increasingly seen as weakened, given domestic political deadlock in Germany after the parliamentary elections, and a seeming reluctance on the part of France to actively move things forward. Reinvigorating negotiations among the Normandy countries would therefore be important.

Perhaps Italy can stimulate the process, by also encouraging a continuation of US-Russia dialogue on Ukraine, and keeping alive the idea of a joint UN-OSCE peace operation in eastern Ukraine. The bottom line is to keep pushing the parties to implement their commitments under the Minsk agreements.

A part from that, it could be in Italy’s interest to bring Russia and the West, particularly the EU countries, closer together. Russia is an important trading partner for Italy. Normalising trade with Russia, especially in light of the weakening Italian economy, and removing sanctions could be worth striving for from an Italian point of view. This may give Rome some diplomatic leverage and room for manoeuvre with regard to Russia. That said, a country chairing the OSCE must always be careful to reflect consensus views rather than its national policy.

As with every OSCE Chairmanship, an unexpected crisis of whatever kind can always erupt and upset even the best planning. Indeed, most OSCE Chairmanships are defined by their ability to cope with those unforeseen events.

Italians are known for their creativity. It will be badly needed this year.