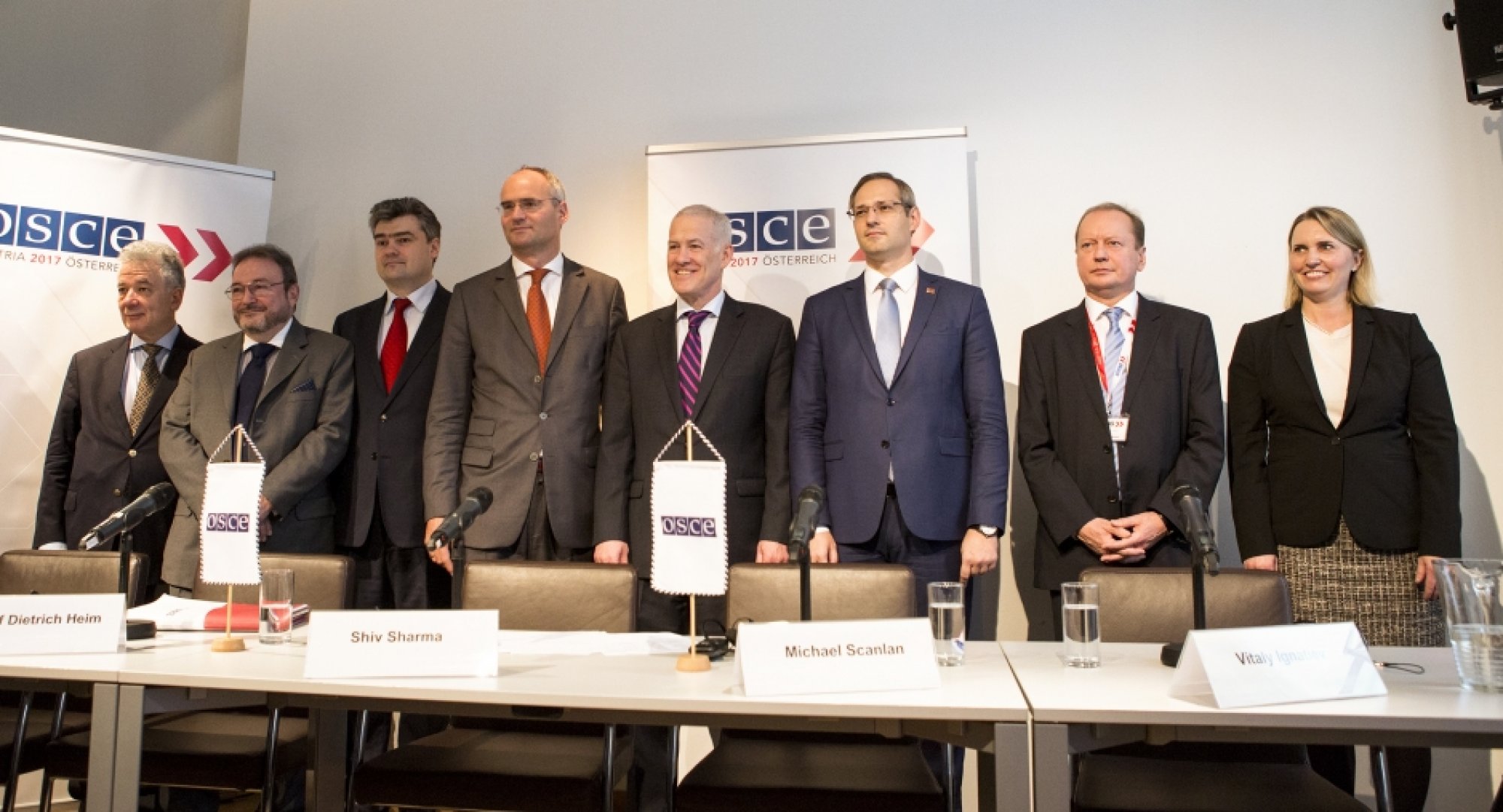 On 27-28 November, a so-called 5+2 meeting on the conflict between Moldova and its breakaway region of Transdniestria was held in Vienna.

It was the first such meeting this year and it resulted in significant progress on a number of important socio-economic issues that will improve the living conditions for people on the ground, and enhance business opportunities for companies located on both banks of the Dniestr river.

As a result of the talks, chief negotiators from Moldova and Transdniestria signed the Vienna Protocol, outlining recent areas of progress and committing to solving outstanding issues in the near future.

This progress was made possible by a ground-breaking decision taken earlier this month, on 3 November, when chief negotiators from Chisinau and Tiraspol agreed to reopen the Gura Bicului-Bychok bridge, which serves as a key transportation corridor between Moldova and Transdniestria and as a direct connection between Chisinau and Odessa, an important port for trade in the region.

“This was a breakthrough moment and opens up an important artery of traffic that hasn’t been in use for civilian traffic since the completion of the bridge 16 years ago,” Ambassador Wolf Dietrich Heim, Special Representative of the OSCE Chairperson-in-Office for the Transdniestrian Settlement Process, said.

Indeed, the reopening of the bridge, which was destroyed in the 1992 conflict and rebuilt in 2001, had an overall positive impetus on the negotiations, enabling the conflict parties to sign agreements on four additional important areas that will provide tangible benefits to the populations residing on both banks of the river.

They include the apostilization of Tiraspol University diplomas, the reconnection of the telecommunication space between Moldova and Transdniestria, the functioning of the Moldova-administered Latin Script Schools in Transdniestria, and the access to farmlands in the Dubasari region.

According to Ambassador Heim, the agreement on the above issues – some of which have been unresolved for over 10 years – shows that “both sides are able to make concessions and can generate the political will from their political leaders to make steps beyond the established rhetoric”.

“I would like to remind everyone that we have seen 25 years of Transdniestrian settlement talks and a whole generation of people who have grown up in this environment and mind-set of non-resolution,” Ambassador Heim emphasised.

“Yet, over the last few weeks, I could observe a new mind-set and I hope that all concerned will maintain this positive spirit and keep the momentum going,” he added.

Ambassador Michael Scanlan, Head of the OSCE Mission to Moldova, underlined the importance of the consistent message and common position of the international partners, which helped to generate progress within the OSCE context. He added that while the international community had created a “facilitating environment”, it is mostly due to the “tireless efforts” on the part of the two political representatives from Chisinau and Tiraspol that significant progress could be achieved.

That said, Russian Ambassador-at-Large Sergey Gubarev was quoted by Interfax, criticising the Austrian OSCE Chairmanship at the beginning of November for having failed to organize a 5+2 meeting in the first 10 months of its Chairmanship. Ambassador Heim, however, explained at the press conference following the 5+2 talks that the Austrian Chairmanship was focussed on “output” and “small steps” to achieve the desired results.

Negotiators from Chisinau and Tiraspol also committed to finding an agreement on outstanding issues. One such matter concerns the need to establish a mechanism that would allow the participation of vehicles from Transdniestria in international road traffic. So far, cars with Transdniestrian number plats can only drive in Moldova and Transdniestria but are not recognized in other countries.

Another important outstanding issue, which the conflict parties committed to solve next year, is improved cooperation between Moldovan and Transdniestrian law enforcement agencies and exchange of information on criminal cases.

Given the progress and achievements this year, negotiators are now working on a substantive declaration to be adopted at this year’s OSCE Ministerial Council meeting in Vienna on 7 and 8 December. Such a declaration could provide further impetus to negotiations next year and may lead to the resolution of outstanding issues under the 2018 Italian OSCE Chairmanship.

As the ultimate goal, the negotiations aim to resolve the final status of Transdniestria within Moldova. In this context, OSCE Chairperson-in-Office, Austrian Foreign Minister Sebastian Kurz, reminded Moldova’s government during his visit to Chisinau at the beginning of February of its commitment to develop a government policy paper on the special status of Transdniestria, while respecting the territorial integrity of Moldova.

The protracted conflict between Moldova and Transdniestria dates back to the dissolution of the Soviet Union, when the region of Transdniestria broke away from Moldova in a brief war in 1992, claiming over 1000 lives. Despite a ceasefire brokered by Russia in 1992, the underlying conflict was not settled. Transdniestria turned into a de-facto state but was never recognized as a sovereign and independent country by the international community.