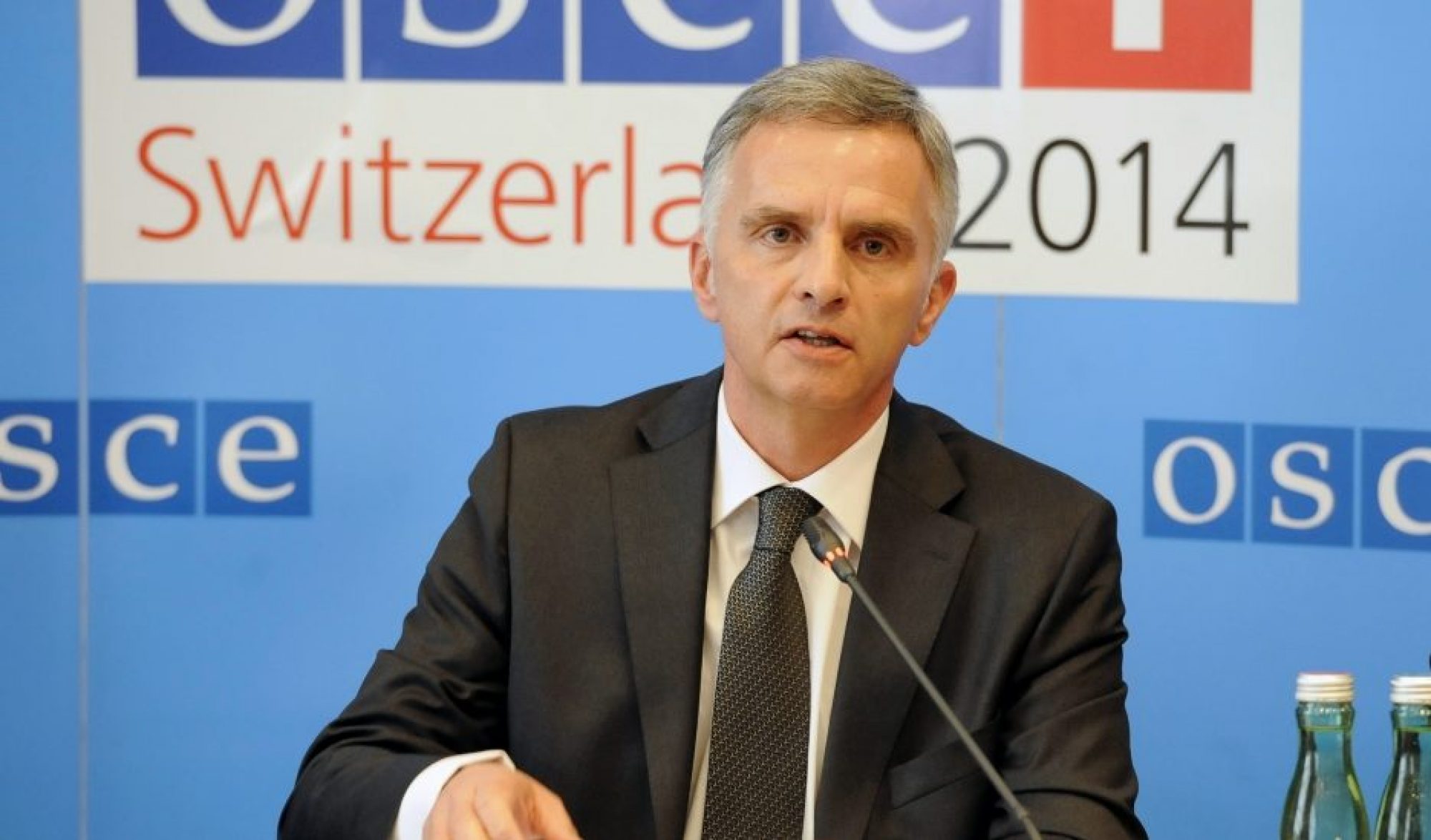 A permanent Swiss Chairmanship for the OSCE – a viable suggestion?

The current crisis in Ukraine has demonstrated the importance of an effective OSCE leadership. The eruption of an acute crisis in the OSCE area demands swift reaction and political leadership that can help broker consensus decisions among all 57 OSCE participating States – even when the pressure is high. In this context, the guest blog entry of 25 June 2014 by Maximilian Stern and David Svarin from the Swiss think tank ‘foraus’ is timely as it raises the important issue of the sustainability of the OSCE political leadership, especially in crisis situations. This is a reply to the guest blog entry by ‘foraus’ and a critical comment on whether their suggestion to introduce a permanent Swiss OSCE Chairmanship is viable.

In their blog entry, colleagues from ‘foraus’ criticize the current OSCE Chairmanship model which is characterized by yearly rotating Chairmanships among the 57 participating States of the OSCE. Which state will chair the Organization is usually decided two years in advance by a consensus decision of the OSCE Ministerial Council. (There are some exceptions to this, as in the past decisions on the next Chairmanship have been taken more than two years or less than two years in advance.) Two distinct problems are raised in the blog entry by ‘foraus’ in relation to this model. The first is the lack of sustainability and continuity of OSCE political leadership due to the yearly changing Chairmanships. The second is related to the possibility of a chairing country having a biased view on a particular conflict in the OSCE area and its resulting inability to “defend the interests of the OSCE”, as ‘foraus’ colleagues put it.

As a solution, Maximilian Stern and David Svarin suggest to introduce a permanent OSCE Chairmanship (instead of a yearly rotating Chairmanship) as this – in their view – could lead to more stability and visibility of the OSCE leadership. In their opinion, the role of the permanent Chair should be taken on by Switzerland, especially because of the country’s positive track record as unbiased crisis manager in the Ukraine crisis thus far, as well as Switzerland’s neutrality and its long-standing tradition as a conflict mediator.

I agree with the ‘foraus’ assessment that the OSCE is in need of a more stable and sustainable political leadership. I also fully agree with their positive assessment of the Swiss OSCE Chairmanship thus far and its role as effective crisis manager in relation to Ukraine. (I have written on that latter point in February and March on the ‘Security and Human Rights’ blog). Yet, I do not believe that their suggestion to introduce a permanent Swiss Chairmanship is a viable solution to the problems related to the current OSCE Chairmanship model. This is mainly due to three reasons.

First, the suggestion by foraus is illogical as it runs counter to one of the most fundamental principles of the OSCE – that of equality of all participating States. This basic principle was reflected as early as 1973 (in the Final Recommendations of the Helsinki Consultations also known as Blue Book), when it was emphasized that “[A]ll States participating in the Conference shall do so as sovereign and independent States and in conditions of full equality” and that “[D]ecisions of the Conference shall be taken by consensus.” The theoretical possibility that every OSCE participating State can chair the Organization (dependent only on whether consensus is achieved among the 57 states) ensures equality among participating States and this has to be maintained. By contrast, installing Switzerland as the permanent Chair of the OSCE would make one single state “more equal” than all the other states, thereby significantly undermining the principle of equality of all OSCE states that is such a strong trademark of the Organization.

Second, the suggestion by ‘foraus’ is unrealistic. As mentioned above, all decisions in the OSCE (with the notable exception of the ‘consensus-minus-one’ provision) have to be taken by consensus of the 57 participating States. One can hardly imagine a situation where all states agree on one state chairing the Organization permanently. Although the political powers of the OSCE Chair are limited, the OSCE Chairmanship does put one state as “first among equals” in a political leadership position. It is therefore unrealistic that all remaining states will agree to be led by one state – Switzerland – permanently. In addition, one should not forget the reservations that Switzerland itself might have to take on such a major task permanently.

This leads me to my third and last point. The suggestion by ‘foraus’ is undesirable as chairing the OSCE is a significant challenge for a state, financially but also for the personnel in the respective foreign ministries and permanent representations. Sharing such a burden among the 57 participating States is more desirable and definitely fairer.

At the end of their blog entry, Maximilian Stern and David Svarin do admit that a permanent Swiss OSCE Chairmanship is a “polemical proposition and one that would have trouble receiving consensual backing by all OSCE participating States” adding that “nevertheless, the OSCE needs to have a discussion about the role and functions of the CiO [Chairmanship-in-Office]”. I fully agree with them on this last point. Therefore, I will elaborate on ideas on how to improve and strengthen the OSCE political leadership – especially in crisis situations – in a separate blog item. In order to understand the full picture, this debate has to include an assessment of the role of the OSCE Secretary General in addition to that of the Chairmanship.