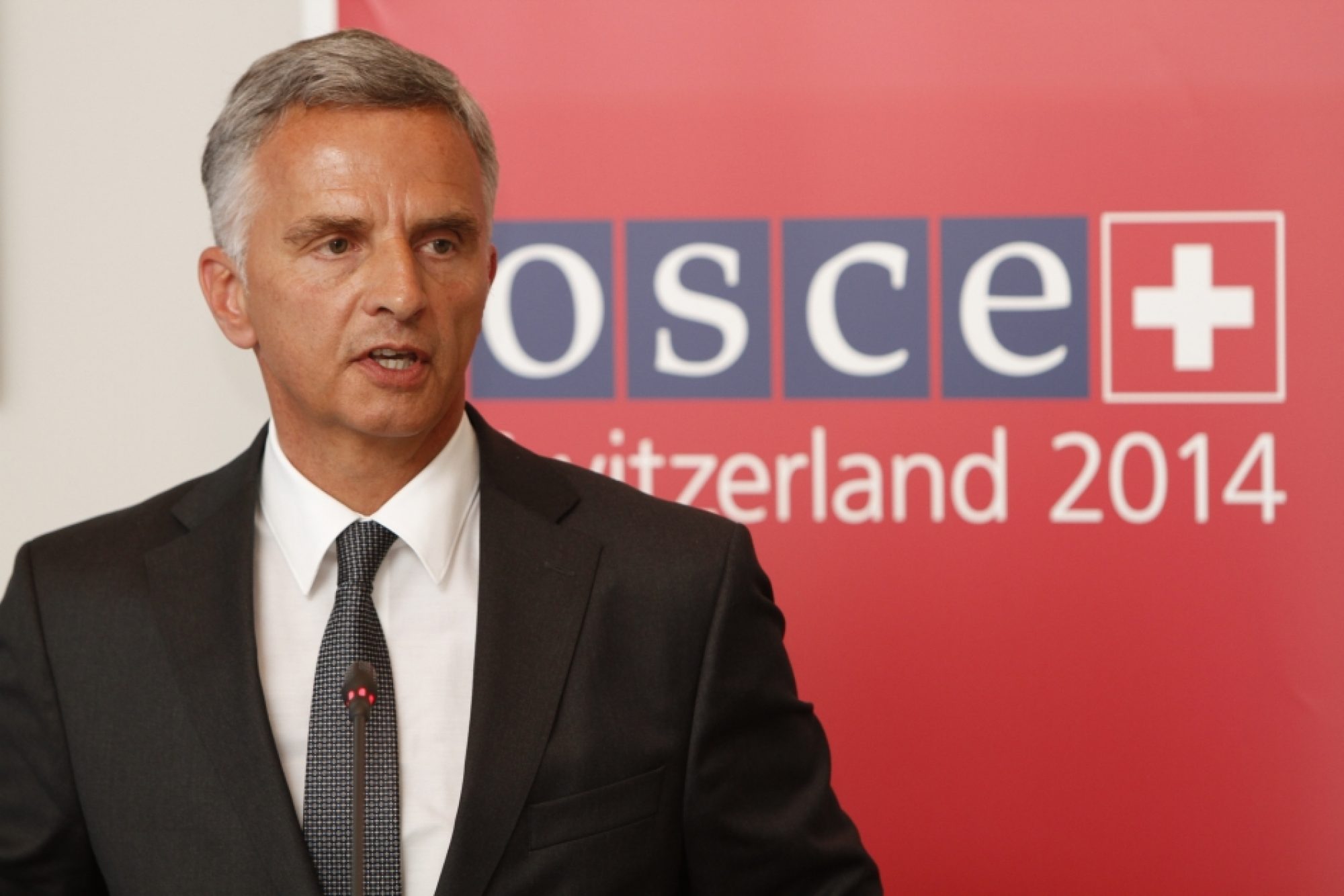 A permanent Chairmanship for the OSCE?

The OSCE’s revival during the Ukraine crisis

The current crisis in Ukraine has revealed the OSCE’s continued relevance and importance as an actor in conflict resolution and mediation. There are only few other organizations with a similar credibility, and almost no other organization is as comprehensive as the OSCE. The acceptance of the OSCE’s role and activities in Ukraine, such as the special monitoring mission or the election observation mission, by all participating states (decisions for such OSCE missions have to be taken by consensus) is not necessarily given. The organization thus functions as a unique platform for direct dialogue between all actors concerned. During the Ukraine crisis, the role of the organization and of its Chairperson-in-Office (CiO) in particular, was proven to be both necessary and effective in brokering between the conflicting parties.

The flaws of the OSCE

The OSCE is a child of the Cold War and the East-West confrontation. Its organizational structure witnesses the lack of commitment and of trust between the participating States. And ever since the transformation of the CSCE into the OSCE in 1995, the Organization has had trouble agreeing on its legal status. Consequently, it was not able to establish itself properly as a guarantor for peace and security in Europe. To the wider public it is largely unknown and participating states often preferred other fora for discussions and debates. Many functions of the OSCE, particularly with regard to Central and Eastern Europe have been overtaken by the EU, some by NATO and the UN. One of the biggest flaws of the organization is certainly its lack of sustainable leadership. Since the OSCE is chaired by a different country every year, its stance on a particular conflict is susceptible to be influenced by the interests of the country assuming the Chairmanship. The highest ranking officer in the OSCE, the CiO, is a representative of the chairing country. This position carries a large visibility and public exposure due to a heavy travel schedule and frequent meetings with a large number of interlocutors. Capacities and expertise to lead the organization need to be rebuilt again every year in the new chairing country – the ‘Troika model’ has not substantially mitigated the effects of this challenge. Especially during an active crisis, such as in Ukraine today, it would be a considerable risk to have a chairing country that is unprepared or lacks expertise or capacities. Furthermore, it is crucial that the presiding country and the CiO defend the interests of the OSCE and not those of one of the parties included. Not all (in fact hardly any) of the participating States can really guarantee such an impartial stance during a conflict.

During the crisis in Ukraine, the current CiO of the OSCE could not have been better: Switzerland is one of the very few neutral countries within the OSCE that is neither a member of the EU, NATO, the Eurasian Economic Union (EEU) or any other sub-regional organization. In addition, Switzerland has a long-standing tradition as a conflict mediator and provider of good offices to countries that are in conflict with each other. Particularly with regard to rising East-West animosities, Switzerland finds itself in an excellent position to play the role of an honest broker. Since the crisis’ outbreak, Switzerland, in its function as OSCE Chair, has helped in many ways to ease tensions in Ukraine: it mediated between the conflict parties within Ukraine, facilitating dialogue between the Yanukovich government and the protesters, it kept diplomatic channels between Ukraine and Russia and also Russia and the West open, and it organized the four-party talks in Geneva in April. Furthermore, as a neutral state, Switzerland did not participate in the EU’s and US’ sanction regime against Russia, while nevertheless taking necessary steps such as freezing assets of the conflict parties involved. Let’s assume the current CiO was from Poland or Russia, this would certainly have had a different and probably more negative impact on the OSCE’s efforts to reduce tensions and mediate between the conflict parties in Ukraine. Instead, the efforts undertaken by the Swiss CiO, Didier Burkhalter, were widely respected by other OSCE participating states as a positive contribution. However, such fortunate circumstances won’t be present each time a crisis develops within the OSCE area.

A new model for the OSCE Chairmanship

Therefore it is time to think of a new model for the OSCE Chairmanship. In an effort to introduce more stability and consistency within the organization, a permanent Chairmanship for the OSCE should be established. Instead of yearly changing CiOs, the organization should be led by a permanent CiO responsible for political representation as well as the day-to-day running of the OSCE. The CiO would be supported by a Task Force composed of diplomats and researchers responsible for the elaboration of yearly priorities and projects as well as for the quick reaction measures to an evolving crisis. Not only would such a permanent Chairmanship for the OSCE allow for a stable and coherent leadership, but it would also provide the organization with more visibility and room for action because the CiO would not be absorbed by other tasks in his home country.

The case for a permanent Swiss Chairmanship

So, who should be leading the OSCE as its permanent CiO after the Serbian chairmanship in 2015 (thus far the OSCE Chairmanships for 2016 and after have not yet been decided on)? Based on an evaluation of the current CiO’s efforts so far in the Ukrainian crisis, Switzerland would lend itself as a perfect candidate. As a neutral country operating between the big blocks of EU, NATO, EEU with good ties to countries in the Caucasus as well as in Central Asia and across Europe in general, Switzerland is the ideal country to lead the OSCE as its first permanent CiO. Furthermore, taking into consideration the principal aims of the OSCE – to promote security in Europe, to provide a platform for dialogue and to bridge the East-West divide – Switzerland has a positive track-record of conflict mediation within the OSCE regional area, especially in the Balkans and the Caucasus. What is more, Switzerland has repeatedly served as a host country for international conferences discussing acute crises and conflicts, like the Geneva talks about the Ukraine crisis in April 2014, not to forget Geneva as the European headquarters of the UN. Furthermore, the so-called Geneva Centers (Geneva Center for the Democratic Control of Armed Forces, Geneva Center for Security Policy, Geneva International Center for Humanitarian Demining) can ensure the necessary know-how, expertise and a pool of professionals for all tasks of the OSCE Chairmanship. And as the current CiO, Didier Burkhalter said in his speech before the Helsinki Commission in Washington this February: “With its consensus-oriented political system and linguistic diversity, Switzerland is a kind of mini-OSCE”.

*Maximilian Stern is the Director of foraus – Swiss Forum on Foreign Policy. David Svarin is a Fellow at foraus – Swiss Forum on Foreign Policy and a PhD Student at the Department of War Studies, King’s College London. foraus is a young and independent Swiss foreign policy think tank that aims to promote an open dialogue and informed decision-making on all aspects of Swiss foreign policy. More information: www.foraus.ch.