Photo: FaceMePLS from The Hague, The Netherlands (on Wikimedia Commons) 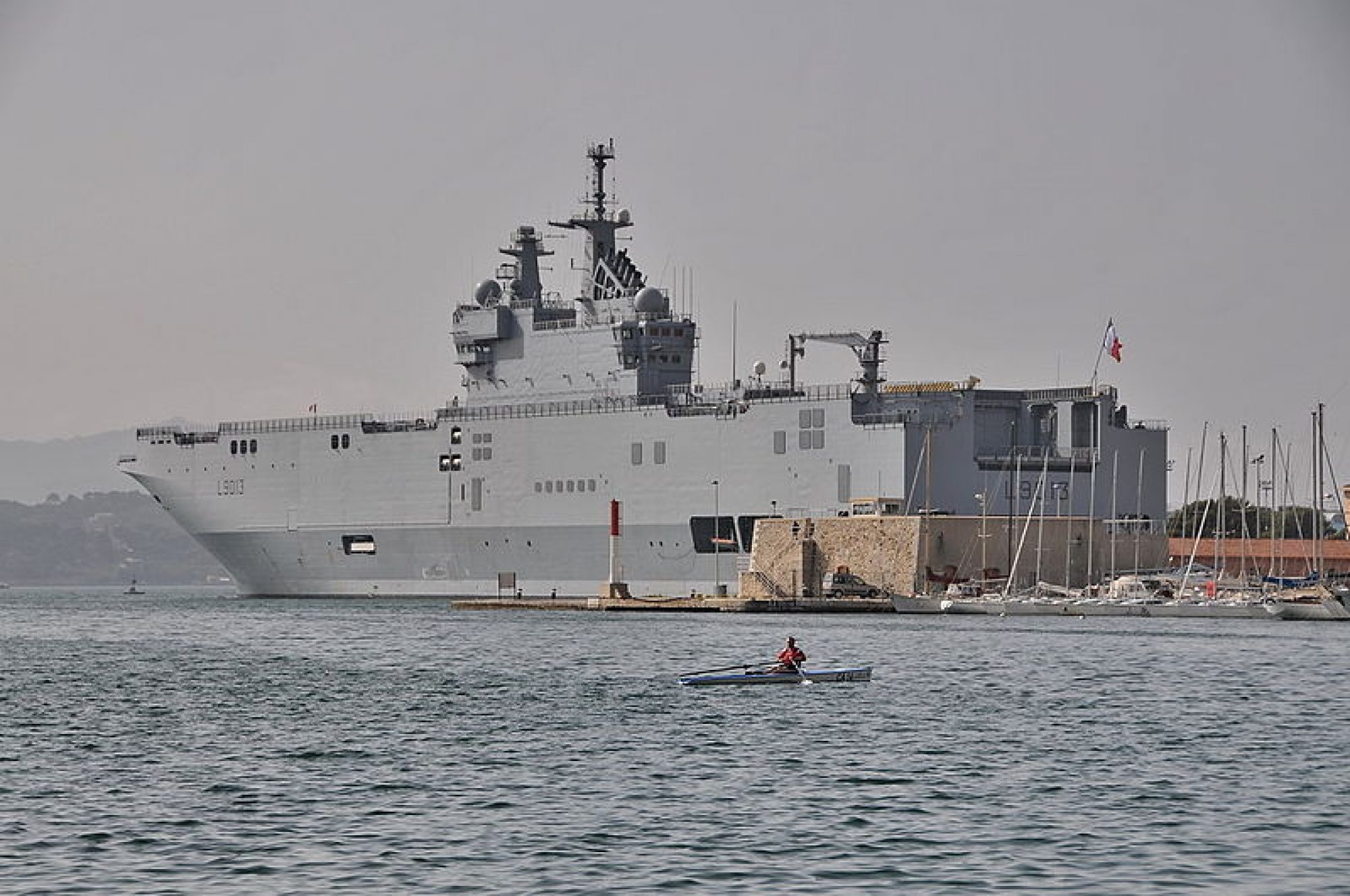 French hypocrisy with sanctions against Russia

It is no surprise that the Western and, in particular, the EU countries have great difficulties in finding a common position relating to imposing sanctions upon Russia after its appalling behavior in the Crimea and the eastern part of Ukraine. Even though the Russian President Putin has turned the world back into some kind of 19th-century imperialism and violated the most basic principles of international law, the Western response so far has been so weak, that the sanctions imposed are generally seen as a laughing-stock. In particular the EU seems more inclined to protect its vast business interests in Russia than to consider real sanctions. The United States has been more assertive, but it also didn’t succeed in convincing the EU member states to take serious action against the Russian aggression and to take a firm stand against the undermining of the bases of our international security system.

Although one may have some understanding for the EU position, as serious sanctions would also cause serious damage to the EU economy, the French seem to end up in what one may call ‘hypocrisy’. The French reportedly don’t get tired of threatening the Russians with further-going sanctions if they don’t stop stirring up the trouble in the eastern part of Ukraine, at the same time the country tries to continue doing ‘business as usual’. This is most strikingly demonstrated by the highly controversial deal between the two states, whereby France delivers the Russian navy with sophisticated helicopter-carrying assault ships of the Mistral-type. Even though this deal a few years ago raised serious concerns among the Baltic countries and Georgia, as these ships would substantially enhance the Russian capacity to launch attacks against them, the French at the time did not give in. Making money and securing the jobs of a number of Frenchmen overrode more strategic considerations. The delivery of the first Mistral-ship is expected later this year and everything is going forward, so ‘business as usual’.

In this way the EU and the West in general totally undermine their ‘unified’ approach towards Russia. The Russians simply know that they will get away with whatever they are doing, as the West is too weak and too vulnerable to take any credible actions against them. The French government may be congratulated with this highly doubtful achievement in squandering the most important Western values. (However, the Austrian government would probably win the second prize in this competition, with its recent incredible deal with Gazprom on the South Stream pipeline. With this step the Austrians openly undermine EU efforts to become a little bit less dependent upon Russian energy deliveries and therefore blackmail.)

Although the OSCE would be the perfect platform to discuss this grave situation, it’s highly unlikely that this will happen. The Russians have no interest to raise the topic, as they are keen to receive this modern weaponry, whereas the EU is silenced by the French (and the Austrians) to raise its voice. Ukraine is too dependent upon the EU to make a fist anyway, so the only country to raise the issues is the USA. For the sake of Western ‘unity’, it’s unfortunately unlikely that the Americans will do so in public.