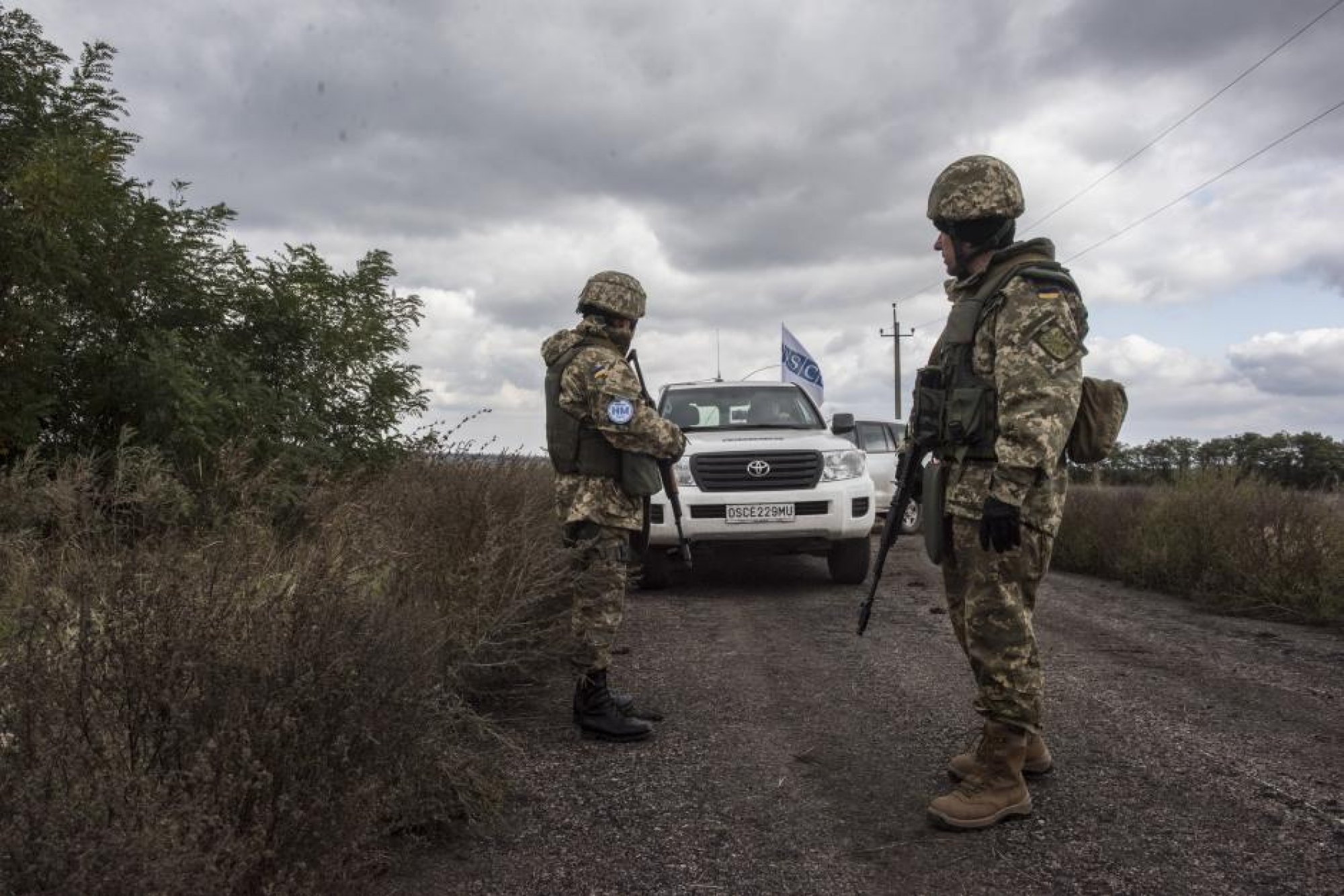 Moving from war to peace in Ukraine: The role of a joint military commission

A buzz was created at the Munich Security Conference in February 2020 when a report was circulated on “Twelve Steps Toward Greater Security in Ukraine and the Euro-Atlantic Region”. Step 1 was “Restore the JCCC”. Why is that important and how could it work?

The Joint Control and Coordination Commission (JCCC) was an attempt by Ukraine and Russia to create a mechanism to exchange information and foster military-to-military contacts during the height of the crisis in and around Ukraine. It started rather mysteriously in the autumn of 2014, when Russian military personnel arrived in the Donbas region wearing ‘OSCE’ armbands. The Commission then evolved into a bilateral initiative between the Ukrainian and Russian General Staffs.

The Commission was located in Soledar in the Donetsk region on the Ukrainian-controlled side of the line of contact. In its prime (between 2015 and 2017) the headquarters housed approximately 75 officers from Ukraine and Russia as well as 10 OSCE liaison officers. The Russian officers rotated every 90 days.

Although the OSCE was not a party to creating the JCCC, it worked closely with it. Furthermore, such bodies are foreseen in the 1993 list of Stabilizing Measures for Localized Crisis Situations. The catalogue includes the establishment of joint expert teams in support of crisis management, and of joint coordination commissions or teams to facilitate the resolution of technical military issues.

The JCCC was one of the few channels of mil-to-mil contacts between the Russian and Ukrainian forces. That said, the military personnel did not have much interaction. They did not usually share information directly, but each provided information independently to the OSCE. The JCCC largely failed to assist in implementing the ceasefire, withdraw heavy weapons, undertake mine action, or guarantee the safety of OSCE monitors. One of its few benefits was to help negotiate local ceasefires or ‘windows of silence’ that enabled the repair of critical infrastructure. The SMM monitored these local ceasefires through ‘mirror patrols’ on both sides of the line of contact.

In December 2017, Russia withdrew its officers from the JCCC, citing impediments to the work of the Russian personnel. This left a vacuum which the OSCE Special Monitoring Mission (SMM) often had to fill on its own.

While most ceasefire agreements include some form of joint arrangement for oversight and control of implementation, the JCCC seemed doomed from the start. Unlike good practices in other parts of the world, the JCCC had no mutually agreed terms of reference, suffered from a lack of commonly agreed data or records, and had a high rotation of personnel. Furthermore, there was little trust between the officers, there was seldom follow-up to incidents (either relating to ceasefire violations or harassment of OSCE monitors), and a weak sense of impartiality. In other words, it was hardly “joint”, exercised limited “control” and had almost no “coordination”.

Could it be time to consider a more effective joint military commission? The crisis in and around Ukraine has dragged on for more than five years – indeed almost longer than the Second World War. There has been some momentum in the Normandy Format since a meeting between the leaders of France, Germany, Russia and Ukraine in early December 2019.

The repair and reopening of the bridge at Stanytsia Luhanska shows that the parties can take practical steps to work together. UN Secretary General Antonio Guterres has called for a global ceasefire during the COVID-19 crisis. Russia and Ukraine may slowly realize the self-interest to keep open a line of communication – not least if the humanitarian situation in the Donbas region worsens.

What would be the added value of a joint military commission? The “Twelve Steps” paper says that restoring the JCCC would provide (i) an added capability for implementation of the Minsk agreements; (ii) assistance in ensuring a prompt response to violations of the agreements, including response to impediments to the SMM’s monitoring and verification; and (iii) support for the restoration of critical infrastructure and demining. One could add a fourth advantage, namely liaising on disaster risk reduction and controlling the spread of COVID-19. Unfortunately, the paper doesn’t say how to restore the Commission.

Based on international experience, if and when the day comes to restore the JCCC – or to establish something like it – a number of factors should be kept in mind.

Such a body or mechanism should be coherent with the broader political process. It should have a clearly defined mandate, terms of reference (including roles and responsibilities) and standard operating procedures – agreed by the parties. It should have a composition that is inclusive and has clear accountability. And it should have a defined role and relations with third parties. Bearing in mind some of the weaknesses of the JCCC, there should be agreed access for commission members, modalities for exchanging information, and arrangements that enable longer-term periods of service to reduce the need for frequent rotations, thereby helping to build a better rapport among Commission members. Furthermore, transparency and effective communication are vital.

Experience from ceasefire monitoring processes shows the important role that such mechanisms can play in terms of confidence-building, and enhancing implementation of agreements. Military-to-military contacts are essential for sustaining and monitoring a ceasefire, de-escalation, withdrawal of heavy weapons, demining, and border security. Furthermore, they can help to rebuild trust and create the space needed for political and diplomatic initiatives to gain momentum. Indeed, the very process of discussing such a mechanism could open up new dynamics in the settlement process.

Re-establishing the JCCC will not be easy. Perhaps constituting something similar – but more effective – would be a better idea. Either way, military-to-military dialogue must be an essential part of moving from war to peace in eastern Ukraine.

*Dr. Walter Kemp is Special Adviser to the Cooperative Security Initiative and a Senior Fellow at the Global Initiative against Transnational Organized Crime. He is also a member of the Editorial Board of the Security and Human Rights Monitor.