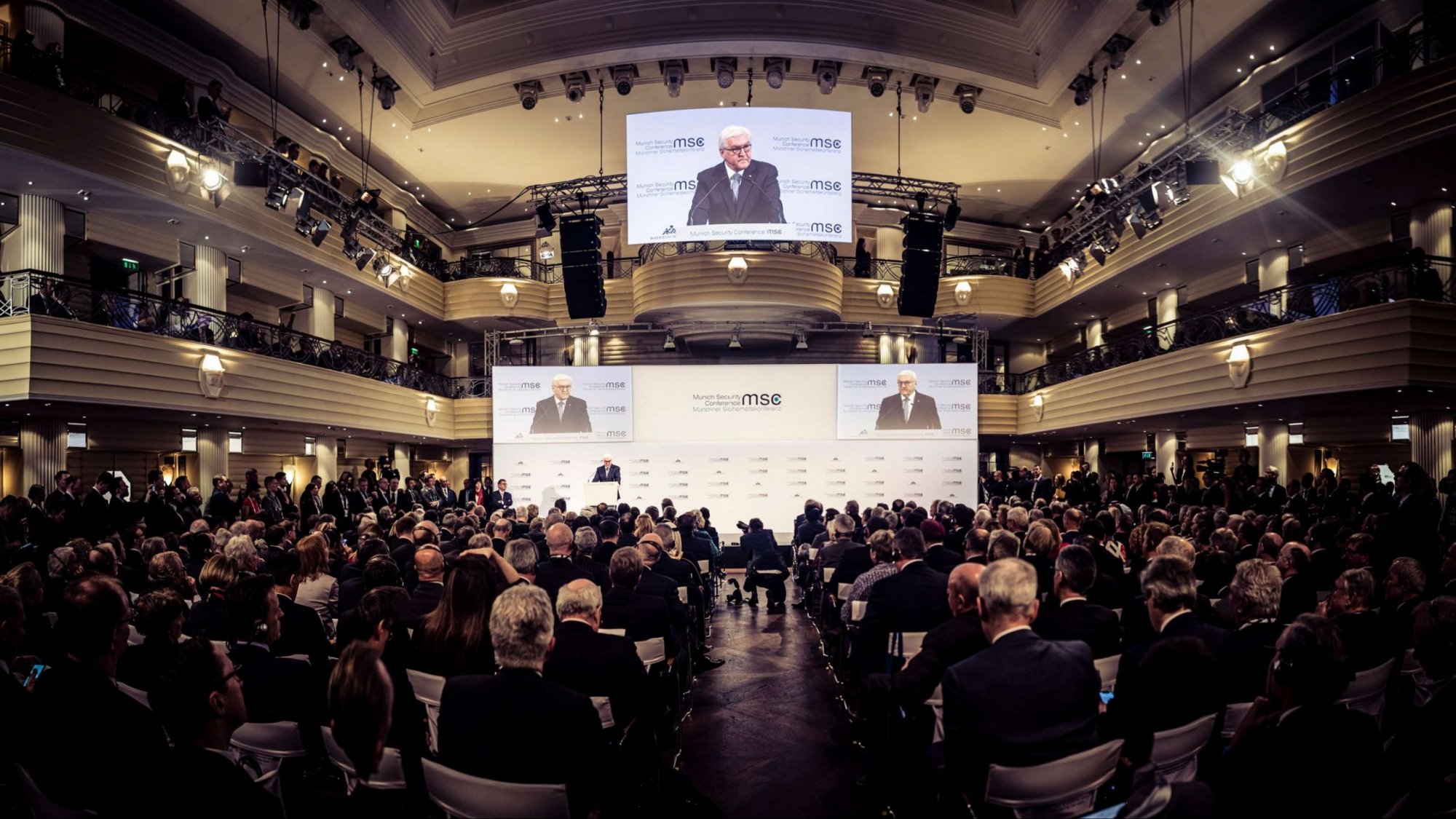 “I’m happy to report that the death of the transatlantic alliance is grossly exaggerated. The West is winning, and we’re winning together,” U.S. Secretary of State Mike Pompeo declared on Saturday at the Munich Security Conference, a prestigious annual security gathering that brings together dozens of presidents, prime ministers, and foreign and defence ministers. He defended the U.S. global role and insisted that Washington was in no way retreating from the international stage.

Yet, most Europeans in the main conference hall of the luxury Hotel Bayerischer Hof didn’t seem convinced. In their minds, the U.S. withdrawal from the Intermediate-Range Nuclear Forces (INF) Treaty, the Paris Climate Accord and the Iran Nuclear Deal represents a departure by the U.S. from the long-held belief that solutions to global problems can be found best within multilateral frameworks and through international cooperation.

Pompeo countered this criticism by the Europeans by stating that the U.S. had “undertaken the most significant reinforcement of NATO’s eastern flank since the Cold War”. He mentioned the Defender Europe 20, an exercise alongside NATO Allies which, according to him, constitutes “the largest deployment of U.S.-based forces to Europe in more than 25 years”.

Pompeo also rejected the conference theme of “Westlessness”, a sense that the world – including parts of the West – was becoming more autocratic, and that the West itself was becoming less united in how to deal with major security challenges, including the rise of China, Russian assertiveness, Iran’s nuclear program, and wars in the Middle East.

Pompeo’s speech was in part a response to remarks delivered by German President Frank-Walter Steinmeier, who opened the conference. “Under its current Administration, our closest ally, the United States of America, rejects the very concept of an international community,” he said.

And he added: “This withdrawal to concentrate on a narrowly-defined national interest prevents us from taking joint action and coming up with convincing answers to the issues and problems that no one, not even the biggest nation state on Earth, can solve alone.”

German Foreign Minister Heiko Maas echoed Steinmeier’s remarks saying that “decisions about the future of the Middle East are made in Astana or Sochi instead of in Geneva or New York”, referring to recent negotiations to bring peace to Syria.

This year’s Munich Security Conference thus revealed a sharp division between the U.S. and Europe concerning the state of transatlantic relations, a trend that has been going on for several years.

The conference also exposed a rift between the U.S. and Europe when it comes to potential security threats from a rising China.

U.S. Defence Secretary Mark T. Esper told the gathering to “wake up to the challenges presented by China’s manipulation of the long-standing international, rules-based order”. More concretely, he referred to Chinese “technology theft”, of which, in his view, Huawei and 5G were “a poster child for this nefarious activity”. The U.S. is also alleging that China could use the technology as a way to spy on the West.

This message was reinforced by Nancy Pelosi, Democrat House of Representatives Speaker, who headed a bipartisan delegation of over 40 congressional members to the security conference. She insisted that European countries who choose to use China’s Huawei to build 5G mobile networks were taking a “very dangerous path”.“It’s about putting the state police in the pocket of every consumer. The debate on 5G is about security, it’s about economy, it’s about values,” she told reporters at a press conference on Sunday.

Those words were rebuffed by China’s Foreign Minister Wang Yi. He said that the Trump administration was engaging in a “smear campaign” against Beijing and dismissed earlier remarks as “lies”. “The root cause of all these problems and issues is that the US does not want to see the rapid development and rejuvenation of China, and still less would they want to accept the success of a socialist country,” Wang Yi said.

The U.S.’s sharp rhetoric on China also created uneasiness among EU countries at the conference. Some European countries do not want to threaten their trade relations with Beijing and also want to allow Huawei, the Chinese telecommunication giant, to participate in the development of their 5G infrastructure.

Ian Bremmer, who is the founder of the Eurasia Group and who has been watching the Munich Security Conference for many years, told reporters:“I have never been to one of these conferences in which Europe and the US have been so divided over an issue of national security, which is China.”

Indeed, the United Kingdom (UK) Prime Minister Boris Johnson cancelled a planned trip to meet with U.S. President Donald Trump in March, after the two clashed on the issue of Huawei’s involvement in the UK. London wants to allow Huawei to develop the UK’s 5G network, despite Washington’s threats to withdraw security cooperation if the UK went ahead with the deal.

For many, the Munich Security Conference would therefore have been an ideal opportunity to discuss post-Brexit relations and security issues with UK. However, the UK decided against sending a high-level delegation to Munich which was seen by many as a missed chance.

As a result, the UK somewhat ceded the spotlight to French President Emmanuel Macron who delivered a passionate speech about the role of Europe in the world. He insisted that the EU needed to become a more “strategic power”, with the ability to take independent and sovereign decisions. He invited European powers to a “strategic dialogue” to discuss a French-led European nuclear umbrella and expressed strong support for a more powerful European military arm.

Yet, Europe is divided over most of these foreign policy issues, which makes it more difficult for the EU to speak with one voice. It also complicates any attempts to mend transatlantic relations.