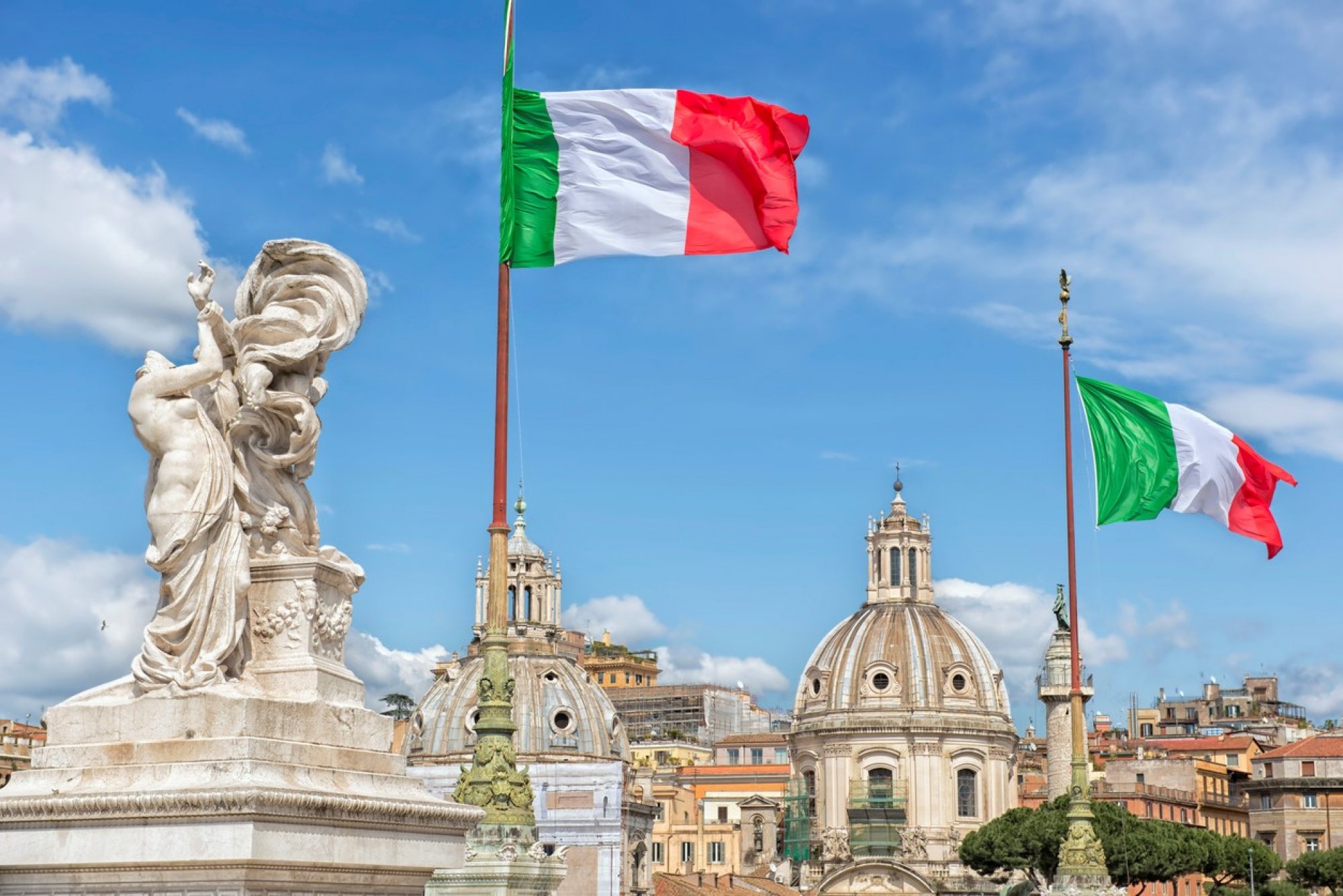 Counting down to Milan: What can the Italian OSCE Chairmanship deliver?

There are less than two months to go until Foreign Ministers of OSCE participating States meet in Milan. It has been a bumpy ten months for the Italian Chairmanship, both domestically – because of elections – and as a result of tensions within the OSCE area. But will the Italians be able to pull off a soft landing at the end of their term in office? This article looks back at the Italian OSCE Chairmanship thus far, and looks ahead to what might be expected at the OSCE Ministerial Council in Milan on 6 and 7 December.

Reviving the spirit of Helsinki

“We need to revive the spirit of Helsinki in its most authentic form.” This is what former Italian Foreign Minister Angelino Alfano said when he formally launched the Italian OSCE Chairmanship in Vienna on 11 January 2018.

When assessing the past 10 months of the Italian Chairmanship, it seems that this spirit, which guided the momentous Helsinki negotiations between East and West during the Cold War, was present at certain points but absent during other key moments.

One major issue overshadowing much of the Italian OSCE Chairmanship was caused by the domestic situation in Italy.

Italy held a parliamentary election on 4 March, followed by lengthy and difficult negotiations to form a new government. Giuseppe Conte was finally sworn in as Prime Minister of the new government on 1 June, ending almost three months of political deadlock. This deadlock was not only felt in Italy itself but also within the OSCE.

Alfano, who technically remained Foreign Minister and OSCE Chairperson-in-Office (CiO) during this period of government formation, largely disappeared from the international stage. This absence of a political leadership had negative consequences for the visibility of the OSCE as well as the ability of the Italian Chairmanship to mobilize high-level political support for some of its initiatives.

The new Italian Foreign Minister Enzo Moavero Milanesi eventually addressed the OSCE Permanent Council on 30 August to confirm Italy’s OSCE priorities. Rome also decided to maintain all special representatives who had been appointed at the beginning of the year by the previous government. This decision proved essential in order to maintain some form of continuity.

Establishing good working relationships with counterparts in OSCE participating States is essential for the Foreign Minister of the country holding the OSCE Chairmanship. Close contacts become particularly relevant during the OSCE Ministerial Council meeting, when the CiO takes on an important role in helping to broker decisions.

As one senior OSCE diplomat once said “we do hit the glass ceiling in our negotiations from time to time”. At this stage, usually the political weight of a Foreign Minister is needed to break deadlock and foster consensus. This is usually easier when previous contact has been made. It remains to be seen if the apparent lack of political investment will hamper Italy’s ability to reach consensus on some priority issues in Milan.

Political leadership issues aside, the Italian Chairmanship (particularly its team in Vienna) has managed to solve a number of organizational challenges that are important for the smooth functioning of the Organization.

On 15 February, the OSCE Permanent Council approved the OSCE budget for 2018. This was an important achievement and Italy invested a lot of energy to build the necessary consensus among the 57 OSCE participating States.

In addition, the mandate of the OSCE Special Monitoring Mission (SMM) to Ukraine was prolonged for another year on 22 March. This consensus decision highlighted the continued commitment of the OSCE participating States to the work carried out by the SMM in Ukraine.

On another positive note, it seems that consensus is emerging on Albania taking over the OSCE Chairmanship in 2020. The Italian Chairmanship was instrumental in helping to bring this potential solution about. The official decision will be taken by the Ministerial Council in Milan in December.

Another major issue that needs to be solved quickly is related to the so-called scales of contribution, which define how much each of the 57 OSCE participating States annually pay for the Organization. The last consensus decision on this issue dates back to 2015. It defined the scales for the years 2016-2017. A decision on the scales of contribution for the coming years is still pending. Without agreement on this important point before the end of the year, the adoption of next year’s OSCE budget might become very difficult.

During the past ten months, the Italian Chairmanship has aimed at raising the profile of the Mediterranean dimension and at enhancing cooperation with the OSCE Mediterranean Partners for Cooperation, particularly by facilitating the exchange of best practices on migration and countering radicalization. Two major conferences on the issue were held in Palermo (October 2017) and in Malaga (October 2018).

Several projects worth a total of 2 million Euro were implemented. For example, a special post on migration issues will be funded by Italy in the OSCE Secretariat.

Also, the Italian Chairmanship made efforts to include the voice of the youth in the discussion. Italian money was provided for an award which was presented in May in Vienna to young people from the Mediterranean region to implement social and environmentally sustainable business ideas.

Given this year’s priority, it is highly likely that there will be a strong focus on the Mediterranean at the Ministerial meeting in Milan.

The OSCE structured dialogue has also continued its important work over the past ten months. It is currently the only multilateral forum where Russia and the West discuss military security issues on a regular basis and on an equal basis. This is particularly relevant in light of difficult talks in the NATO-Russia Council and a lack of formal dialogue between Russia and the EU.

As of the beginning of 2018, the Belgian Ambassador to the OSCE took over the chair of the structured dialogue from the German Ambassador.

So far, the dialogue has addressed diverging threat perceptions, military doctrines and force postures, and developed a mapping of trends in military force postures and military exercises.

For this purpose, a mapping workshop took place in Vienna on 3-4 May. The hope is that this exercise could contribute to the establishment of commonly agreed facts that could serve as a confidence-building measure, and help guide more substantive discussions in the future.

The very fact that this process continues is a success. But it remains to be seen what progress can be made by the end of the year, and what momentum can be sustained into 2019.

The conflict in and around Ukraine is ongoing and the implementation of the Minsk Agreements remains stalled. The Italian Chairmanship continued to rely on established negotiation formats, including the Trilateral Contact Group, the Normandy Format, and the Volker-Surkov talks. But no breakthroughs have been possible, nor are any foreseen as elections loom in Ukraine.

Since the start of 2018, the OSCE SMM has reported almost 200 civilians as either killed or injured. They have also recorded over 200,000 ceasefire violations and almost 3,000 weapons in violation of agreed withdrawal lines.

A turn-over in several key senior positions of the SMM – including the Chief Monitor – should be finalized by the end of this year. It will be interesting to see if this has any effect on the Mission’s posture, priorities, and reporting. What seems clear is that the SMM will be in Ukraine for the foreseeable future – continuing to be the only source of credible reporting on what is going on in eastern Ukraine, and playing a key role in containing the fragile situation.

On Italy’s watch, further progress has been made in relation to the Transdniestrian settlement process, building on the positive momentum of the last years. Italy appointed former Italian Foreign Minister Franco Frattini as Special Representative. He travelled to the region several times and held meetings with both sides. This is one of the few areas where Italy invested some political will – and it paid off.

Since the beginning of 2018, the Moldovan and Transdniestrian sides have implemented agreements on licence plates, access to the Dubasari farmland, the functioning of Latin-script schools on the left bank, the apostilization of Transdniestrian university diplomas and the opening of the Gura Bicului – Bychok bridge.

The Transdniestrian Settlement Process – while still fragile – currently serves as a positive example of how long-lasting, protracted conflicts can gain positive momentum.

Run up to the Ministerial Council in Milan

The coming weeks will be defined by intensive preparations for the upcoming OSCE Ministerial Council meeting in Milan on 6-7 December. To preview this, a meeting of political directors from OSCE participating States took place at the beginning of October in Rome.

As Moavero Milanesi said during his speech to the Permanent Council on 30 August in Vienna “Italy wants to promote a new Helsinki that offers an effective platform for constructive dialogue between East and West and contributes to a climate of trust and co-operation”. Indeed, this spirit will be needed to guide the negotiation.

In addition to dialogue, the other two keywords of the Italian Chairmanship have been “ownership” and “responsibility”. These have been in short supply, as witnessed by how difficult it has been to find countries to chair the OSCE in the next few years, little progress on the scales of contribution, as well as protracted debates about routine issues like adopting agendas for meetings.

Hopefully, the Italian Chairmanship will be able to enhance dialogue, ownership and responsibility in the coming two months in order to enable decisions and declarations on at least a few substantive issues at the Ministerial Council in Milan.

Furthermore, working with Troika partners they should resolve the issue of the scales of contribution, identify the next Chief Monitor for the SMM, and demonstrate that the OSCE is a place where states can meet to discuss and resolve their differences – especially during difficult times.