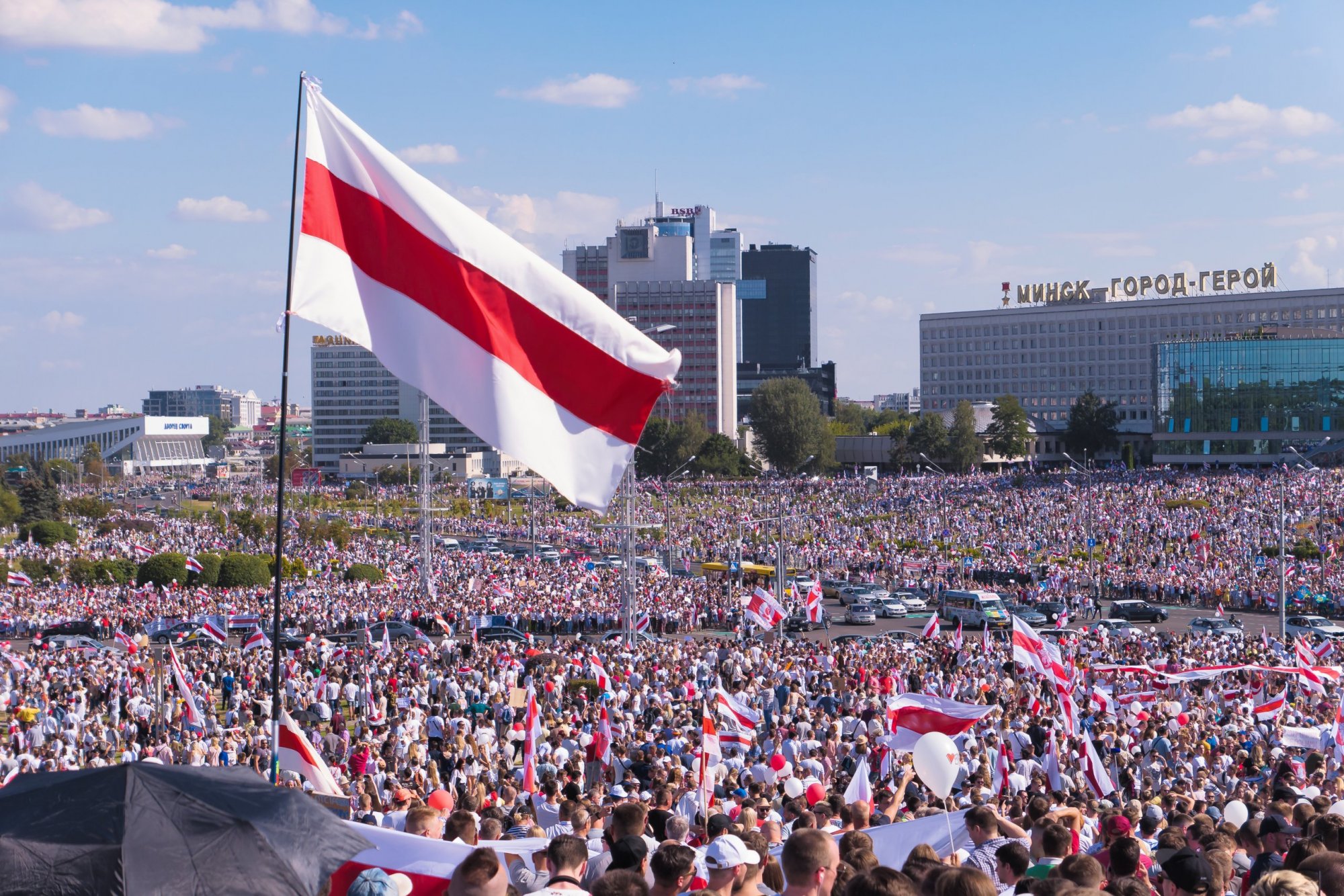 Will the OSCE mediate in Belarus?

For the fourth week in a row, tens of thousands of protesters marched through Minsk last Sunday, demanding that authoritarian President Alexander Lukashenko resign after what many considered to be a fraudulent election last month.

The unprecedented protests, which have drawn as many as 100,000 people, pose a serious threat to Lukashenko, who has been in power since 1994. That explains why the regime has responded with violent repression, mass arrests and a crackdown on journalists.

Just this week, Maria Kolesnikova, a leading opposition figure and a member of the Coordination Council, was apparently snatched off the street and detained.

The European Union (EU) has condemned the violence and said it does not recognize the results of the vote, which saw Lukashenko win 80.08% and the main opposition candidate, Svetlana Tikhanovskaya, receive only 10.09%.

The bloc is also preparing new sanctions against Belarus and promoted the idea of talks involving the OSCE. The United States also expressed its support for OSCE mediation.

The Organization itself, however, has been slow to react.

It wasn’t until August 22 that the Chairperson-in-Office (CiO), Albanian Prime Minister and Minister for Foreign Affairs Edi Rama — together with the incoming OSCE CiO, Swedish Foreign Minister Ann Linde — sent a letter to Lukashenko. They suggested visiting Belarus to meet with government and opposition representatives. A week later, Rama reiterated his offer at a special meeting of the OSCE Permanent Council in Vienna.

“I am proposing that the OSCE becomes a facilitator of the necessary dialogue, to help Belarus out of this nightmare,” he said. “The OSCE is well placed to support the facilitation of dialogue, to provide the space for reflection and cooling-down, to provide the process for calm, dispassionate third-party counseling.”

But he also stressed that the Organization must not interfere with the internal affairs of Belarus. “It is not for us to take sides,” he added. “So, I appeal to the Belarusian authorities: please give this offer a chance.”

So far, it has not been accepted by Belarus, while Russia has been skeptical. Russian Foreign Minister Sergey Lavrov told his Swedish counterpart that it was “unacceptable to impose any kind of mediation services on Minsk.”

That leaves a major question: Is mediation by the OSCE even realistic?

While the Organization played a key role in the Ukraine crisis under the Swiss OSCE Chairmanship in 2014, Belarus is an entirely different story. This time, the Organization is chaired by Albania — a country that neither Belarus nor Russia are likely to considers a neutral mediator, since it’s a NATO member with plans to eventually integrate into the EU. Sweden, which assumes the OSCE Chairmanship next year, isn’t acceptable either, given its tough stance against Russia, particularly over Ukraine.

Moreover, participating States recently failed to renew the mandates of the Organization’s senior leadership, including its Secretary General. This complicates matters even further.

The traditional role of the Secretary General is to support the Chairmanship, to devise options for OSCE engagement, and to carefully test the waters behind the scenes. Now, all this falls squarely on the shoulders of the Albanian Chairmanship.

The OSCE’s three independent institutions — the Office for Democratic Institutions and Human Rights (ODIHR), the Representative on Freedom of the Media (RFoM), and the High Commissioner on National Minorities (HCNM) — are without leaders, as well. They are still operational, but unable to fulfill their respective mandates. Under normal circumstances, they would be offering support to Belarus and engaging in quiet diplomacy, monitoring human rights and safeguarding media freedom.

While all institutions are affected by the leadership vacuum, the RFoM and HCNM are especially crippled, since their mandates are closely associated with their respective heads.

Nevertheless, one option would be for the Albanian Chairmanship to appoint a Special Representative to lead a national dialogue roundtable. This person should ideally be a veteran diplomat with expertise on the region and a network of contacts in both Minsk and Moscow, who would also be able to gain the trust of the opposition.

The goals of such a dialogue would have to be specified — but one key aim could be to prepare the ground for fresh elections monitored by the OSCE, with the precondition that all parties (and eventually Russia) agree to mediation by the OSCE.

Currently, however, there does not seem to be much of an appetite for the OSCE as a crisis manager and promoter of dialogue.

If the OSCE’s offer to mediate is not accepted, there are other tools the Organization could use.

Several states, including the United Kingdom, have called for the launch of the so-called Moscow Mechanism, an instrument established in 1991 which enables limited groups of states to dispatch missions of experts or rapporteurs to investigate cases of human rights violations.

“The UK does not accept the result [of the elections] and we continue to call for a thorough independent investigation through the OSCE into the fraud and abuses of human rights during this period,” said Wendy Morton, Minister at the Foreign, Commonwealth and Development Office, at the special meeting of the OSCE Permanent Council on August 28.

The Moscow Mechanism can be launched without a consensus decision — meaning without the agreement of either Belarus or Moscow — but its effects may also be limited, as has been shown in the past.

Belarus can refuse to issue visas to the rapporteurs, thereby preventing them from investigating the situation inside the country. Rapporteurs would be forced to prepare their report with information collected from outside Belarus.

Therefore, launching this mechanism would send a strong signal of support for human rights — but it would probably lack the power to actually change the situation inside the country.

The regime in a corner

In recent years, Lukashenko had shown signs suggesting he wanted to move closer to the West and play a bridge-building role with Moscow. For example, Belarus hosts the talks of the OSCE Trilateral Contact Group in Minsk, the format that attempts to facilitate the resolution of the Ukraine crisis. Lukashenko also repeatedly called for launching a “Helsinki 2 process” within the framework of the OSCE in order to strengthen trust, security and cooperation.

Nevertheless, Belarus is still part of the Russia-led Collective Security Treaty Organization and the Eurasia Economic Union. It is also dependent on Russian oil and gas. That’s why he likely needs to rely on Russia to remain in power, leaving him with few other options.

Russian President Vladimir Putin endorsed the election and recently also said he had formed a police reserve force capable of being deployed into Belarus if necessary. But staying in power with Moscow’s help also means an even closer union with Russia.

Lukashenko surely understands this. With strong enough persuasion, the OSCE may be able to emphasize that his only other option is to accept its offer to mediate a dialogue with the opposition. This could be the only way to deescalate the situation informally behind the scenes.

But it is for Belarus to make use of it.