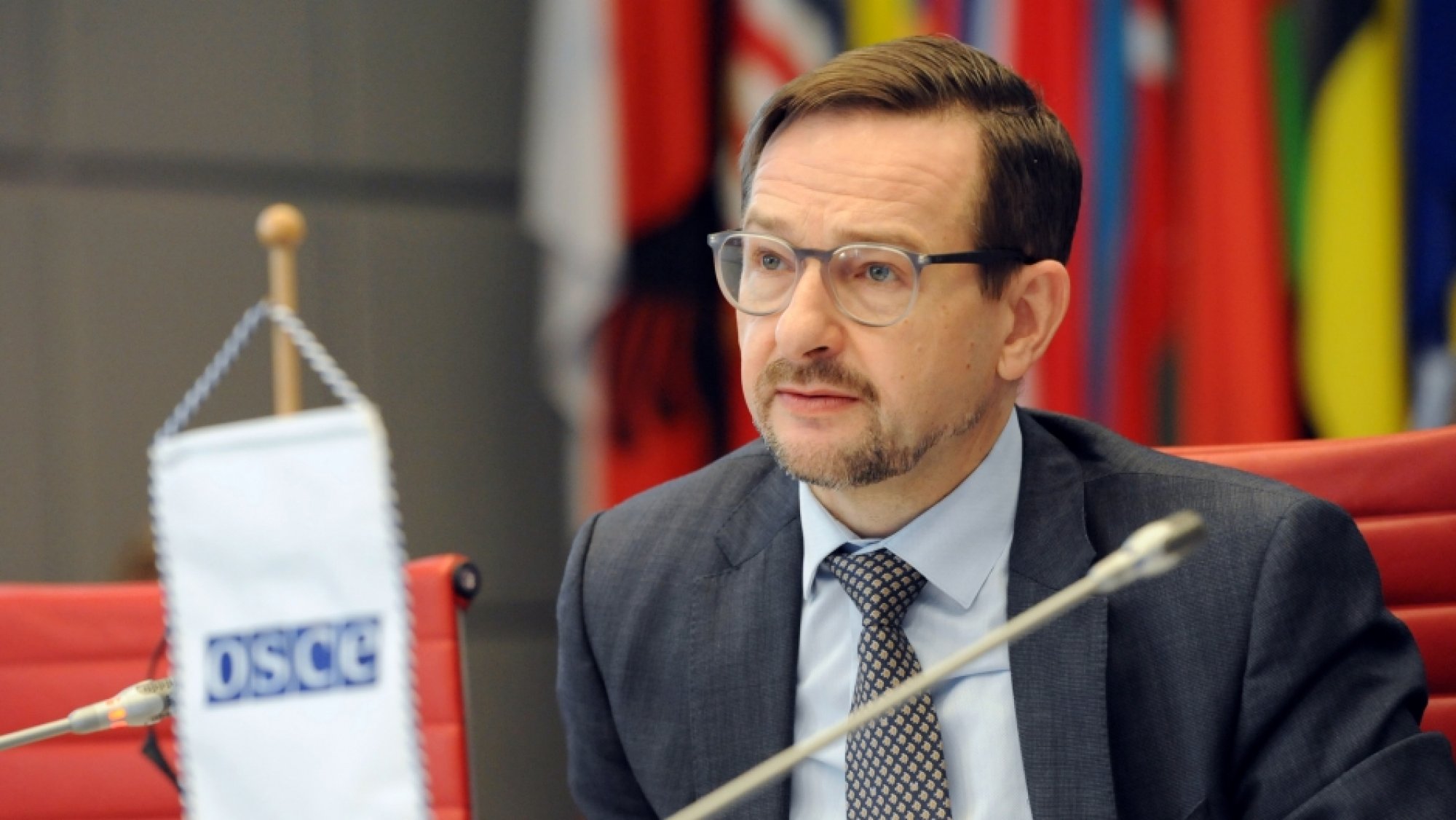 In an unprecedented leadership crisis, the Organization for Security and Cooperation in Europe (OSCE) will be without its four most important senior positions as of July 18, after the 57 participating States failed to reach a consensus on extending their mandates.

The positions include Secretary General Thomas Greminger, the Director of the OSCE Office for Democratic Institutions and Human Rights (ODIHR) Ingibjörg Sólrún Gísladóttir, the OSCE Representative on Freedom of the Media (RFoM) Harlem Désir, and the OSCE High Commissioner on National Minorities Lamberto Zannier.

The four posts are part of a political package deal that was struck under the Austrian OSCE Chairmanship three years ago at an informal ministerial meeting thanks to a major diplomatic effort. That deal took many issues into account, including geographical balance and other political considerations.

According to the independent Azerbaijani news agency Turan, the Foreign Ministry in Baku explained its position by saying that Désir showed “excessive criticism” of the media freedom situation in Azerbaijan. Azerbaijan also sent a diplomatic note of protest to the Albanian OSCE Chairmanship to explain its position.

Austrian daily newspaper Die Presse reported that Tajikistan and Turkey also issued diplomatic notes criticizing ODIHR for having allowed “registration of representatives of criminal groups and people who committed terrorist acts” in the human dimension meetings of the OSCE.

The controversy is rooted in the fact that the OSCE does not have a specific list of requirements for NGOs to be eligible for registration at OSCE human dimension conferences. While some participating States believe this leads to uncontrolled attendance, the OSCE wants to maintain a generous accession policy in order to give human rights activists a strong voice.

According to a recent report in the Swiss daily newspaper Aargauer Zeitung (CH Media), the actions of Azerbaijan, Tajikistan and Turkey led others — including France, Canada, Norway, Iceland and Armenia — to deny the extension of the Secretary General and the HCNM at a meeting among OSCE ambassadors in Vienna on July 10. Those states argued that they would only have allowed the entire package of four to be extended.

The crisis deepened even further on Monday following a failed attempt to secure interim and technical extensions of the four posts until the OSCE Ministerial Council meeting in Tirana in December. According to diplomatic sources in Vienna, the same countries that refused to extend the package of four also refused an interim extension. Attempts by the Albanian Chairmanship to undo the package and extend individual posts also failed to gain consensus.

The Albanian Chairmanship had hoped to keep the four leaders in their posts as an interim solution for a few months until a new package with new candidates was negotiated. In a press release, it said that “the reappointment of candidates would, inter alia, allow for smooth business continuity for the Organization amidst the COVID-19 pandemic. A declining commitment to sustainable institutions would pose significant challenges to efficient multilateralism.”

OSCE Secretary General Thomas Greminger addressed OSCE staff in a You Tube Video on Monday. “As you can imagine, I am disappointed,” he said. “It is a sign of the times, perhaps, with the decline in trust in multilateral organizations and polarized national positions that it had to come to this.”

The situation is complicated by the fact that all four posts — except for the Director of ODIHR — have no real Deputies. This means that the HCNM and RFoM, in particular, will be severely paralyzed until new heads are found. These heads of institutions usually take on a very prominent role. The RFoM makes outspoken statements about the media situation in the OSCE region. The HCNM is actively engaged in silent diplomacy. Both functions cannot be fulfilled without an active personality at the head of the respective institution.

Meanwhile, participating States are asked to submit new candidates for the four posts until September 18. Then comes an intense consultation process involving all 57 States for an indefinite period, since the appointment of the senior figures requires a consensus decision.