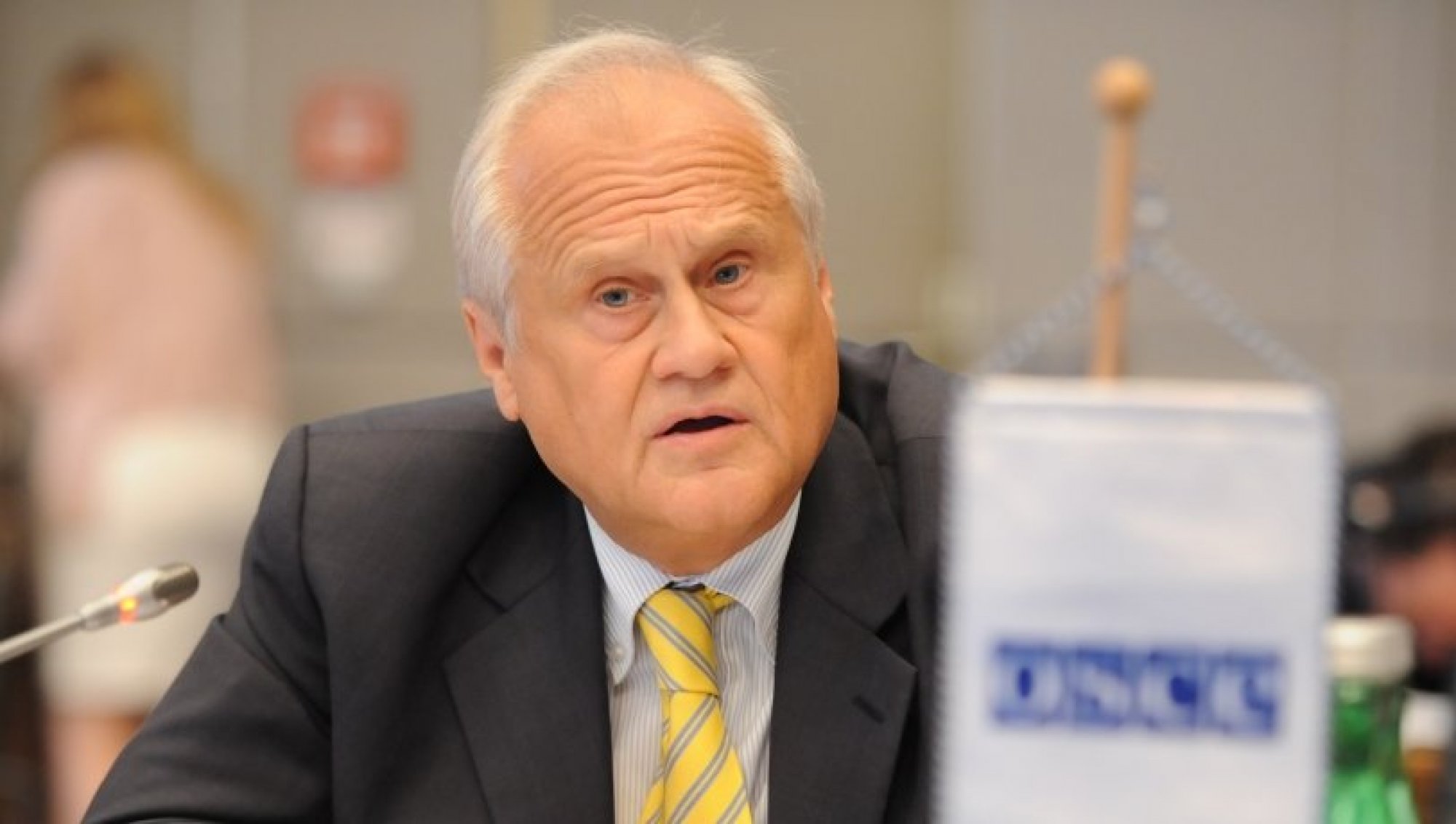 “Ukraine matters to all of us”

“The recent surge in combat activity along the line of contact in eastern Ukraine is causing more and more victims and destruction.” In a statement last week, Special Representative of the OSCE Chairperson-in-Office to the Trilateral Contact Group (TCG) Ambassador Martin Sajdik called upon the sides to immediately stop the fighting. The situation in Ukraine remains a source of concern. Without full implementation of the ‘Minsk’ agreements, a structural solution to the on-going conflict seems nowhere in sight. In a discussion organised by the Ministry of Foreign Affairs of the Netherlands and the Netherlands Helsinki Committee on Tuesday, Ambassador Sajdik, Special Representative of the OSCE Chairperson-in-Office in Ukraine and in the Trilateral Contact Group, elaborated on the difficulties concerning the peace plan in East Ukraine.

“For the OSCE it is at the moment the biggest task it is facing”, explains the ambassador. It is a conflict of big territorial and global nature. The Special Monitoring Mission (SMM) faces grave challenges in carrying out its tasks and operations in the volatile regions of Donetsk and Luhansk. A conflict line of 420 km needs to be observed by 750 monitors. There is insufficient compliance with the implementation of agreed decisions, causing on-going tensions in the region. Ambassador Sajdik: “In the security field we have negotiated agreements on the withdrawal of heavy weapons, on demining, on disengagement, but the problem is, they are not implemented by the sides and we have no means to enact this implementation.”

The main orientation of the OSCE operation remains the prevention of civilian casualties. “In the absence of major political developments in our negotiations, we concentrate on the protection of civilians.” Ambassador Sajdik states that in this respect, despite an alarming increase in casualties during the last two weeks, the mission has been quite successful. “We have been able to more than halve the civilian casualties in comparison to 2015. (…) But every person killed, especially children, is one too many.”

According to the ambassador, the conflict puts at risk essential local infrastructure, such as common water supply, electricity and communication tools on which hundreds of thousands of people rely. “The fighting around this key, critical infrastructure is going on both sides. The workers of the water company, that provide water to 500.000 people, are personally attacked. They are for me, everyday heroes. (…). And there are other hazards in the area. God prevents some shelling of these critical objects, because there could be real disasters.”

Is there prospect for a solution? “If I were not to believe in this, then I should really give up my job,” answers Ambassador Sajdik. “As it (the conflict) is of a global nature, there are global actors. The coordination of global actors behind is probably also one of the issues that makes the solution of this conflict so difficult.” Negotiations on three different levels – regular meetings in Minsk, the Normandy Four, with representatives of Germany, France, Russia and Ukraine, and the negotiations of US and Russian representatives – are still on-going. “Ukraine matters to all of us.”