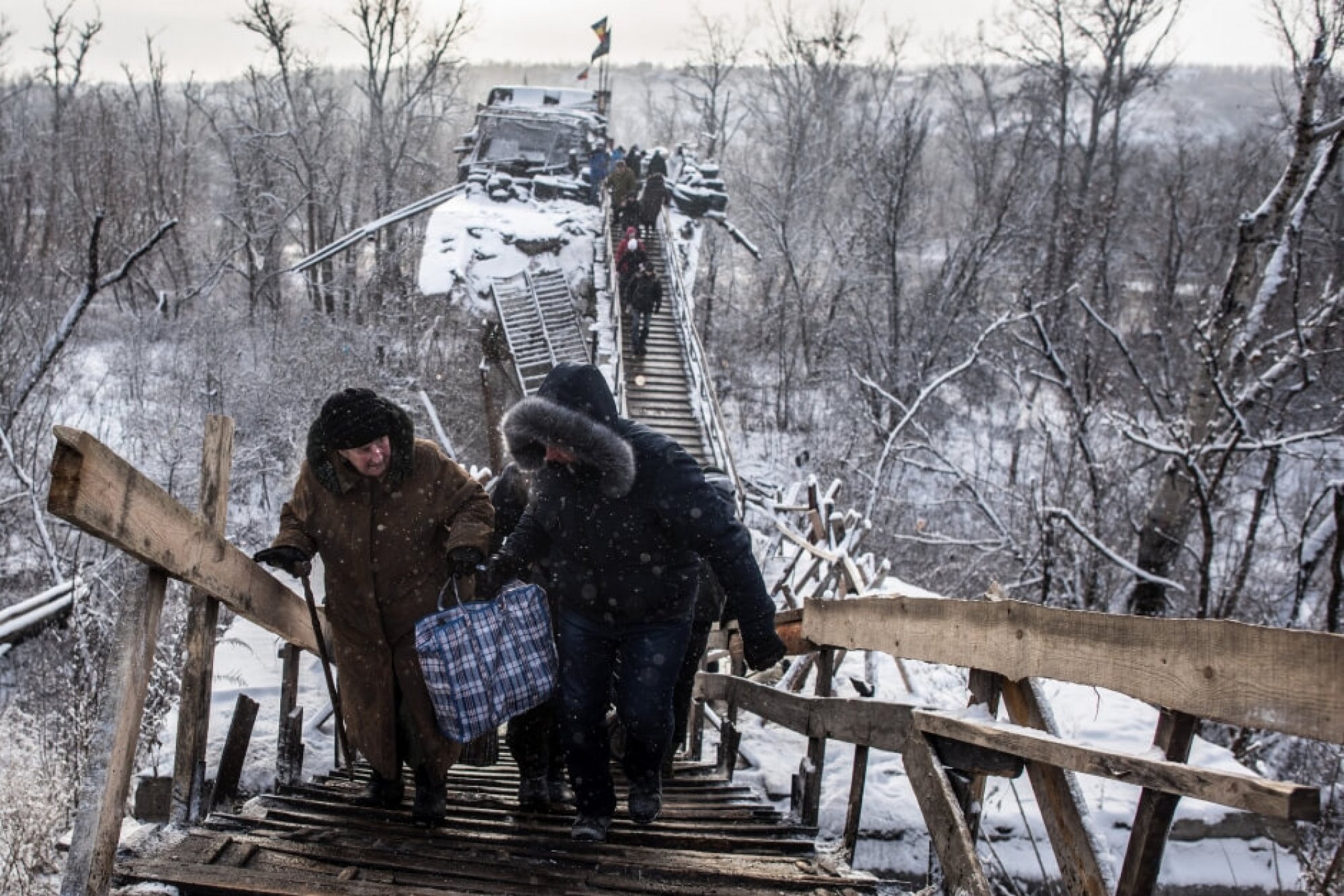 Peace is a local process

It has been four years since the conflict broke out in Ukraine’s southeastern region of Donbas which remains unresolved. None of the parties involved are satisfied with the existing outcomes, including the self-proclaimed republics of ‘Donetsk People’s Republic or DNR’ and ‘Luhansk People’s Republic or LNR’ who contest the central government in Kyiv. Let us consider how things look for them.

Firstly, on the negative side, the conflict is not ‘frozen.’ Military-style hostilities and the use of heavy weapons continues, as both the government forces and break-away armed groups seek and sometimes succeed in improving their positions vis-à-vis each other along the Line of Contact and in violation of the Minsk -2 Agreement of February 2015. The United Nations Office of High Commissioner for Human Rights regularly notes that more civilian casualties occur in the Non-Government Controlled Areas (NGCAs). Its latest report states that the government of Ukraine bore responsibility for 38 cases of violation, and armed groups for 28. ‘Out of the 47 civilian casualties resulting from shelling and small arms fire, 35 were recorded in territory controlled by armed groups, and are likely attributable to the Government, and 12 were recorded in territory controlled by the Government, and are likely attributable to armed groups’. Shelling of populated areas, sniper fire and mines remain serious problems. Sometimes violence seems random, motivated by keeping the opponent under pressure rather than by any tactical goals.

Secondly, as the ‘republics’ comprise some 30 – 40% of the former Donetsk and Luhansk administrative regions, the territorial configuration which they are holding is not particularly favourable. They lost much of the land where the unrecognised referendum was held in May 2014 which gives them a claim to legitimacy in the eyes of their support base and from where some of the fighters originate. These losses are painfully felt. Political goals are also unsatisfied as Kyiv’s opponents were not strictly speaking ‘separatists’: the idea was either to join Russia or re-programme Ukraine to be more inclusive of those citizens who did not support Euromaidan, rather than create breakaway entities. However, Russia did not take them in and is unlikely to do so. Finally, their economies took a deep dip, especially after the embargo was levied by Kyiv in March 2017 on economic exchanges with the NGCAs. As a result, the goods produced on the territories could not be exported legally. Local tax base reduced as salaries dropped down. Infrastructural dependence on the rest of Ukraine decreased, as electricity supplies halted, and consequently increased on Russia.

On a positive side, casualties have scaled down: according to the Special Representative of the Organisation for Security and Cooperation in Europe (OSCE) Chairperson-in-Office in Ukraine and in the Trilateral Contact Group Martin Sajdik, in 2018 ‘the number of civilian casualties has been significantly reduced compared to the similar period of 2017. The total number of casualties declined by 55%, and the number of fatalities by 37%’. Although incentives for resumption of war exist on both sides, disincentives are also powerful as such a war would be costly. Stabilisation allowed some returns of internally-displaced persons from elsewhere in Ukraine and those who fled as refugees to Russia also started to come back. Population estimates vary, but perhaps up to 3.5 million live in the NGCAs at present. It is also a relief that Donbas is not Syria where multiple actors, supported by external powers, challenge the ruling regime from different directions. In Ukraine, we have two coherent non-state actors who pursue attainable political goals and are amenable to negotiations.

Taking stock of where the NGCAs are, it is possible to argue that the glass is half-empty or half-full. The breakaway territories have moved into a position where survival is possible and a risk of implosion, which was real in 2014, is no longer acute. They underwent internal consolidation and overcame initial disorder, having created institutions which irrespective of their illegitimacy in Kyiv’s eyes, serve the purpose of local governance. A nascent process of ‘state-building’ created structures which do not provide liberty, but ensure authority and allow development to go through. A new elite has been formed out of former field commanders and the political economy has radically altered.

Society has also been changing, as a new identity is being formed in the NGCAs which is based not merely on cultural and historical bonds with Russia, but on a common experience of war and survival on the devastated territories. This is not to say that all people adhere to the insurgency’s political aspirations, but a shared experience matters, especially if it is distinct and traumatic. The two parts of Ukraine have evolved differently in the last four years. Information and linguistic space is getting no longer common. It is true that up to 20.000 cross the Contact Line every day, although crossing can be difficult and dangerous, but most of the residents of the NGCAs do not travel outside of the government-controlled Donbas. They get their impressions of modern Ukraine through the prism of a neglected region which became a loser in the new order. While relations with fellow citizens in Donbas remain strong, Kyiv is a different universe into which very few venture.

All this is to say that the efforts towards resolution should be stepped up and involvement of local actors is essential. If we did not address the complexity of how the conflict came about, we would not be able to resolve it. Donbas has not appeared from nowhere, but had a history of deep-rooted tensions, own subjectivity and indigenous actors who make and remake it. The predominant interpretation of the conflict as a geopolitical competition prevents seeing what the NGCAs want for themselves, what they fear and aspire to, and how they see their future. There is an internationally-sponsored negotiation process, with the OSCE Special Monitoring Mission integrated with it, but the presence of local actors at the Minsk talks is as best marginal. Civil society initiatives which bring together people from both sides of the conflict divide are too grassroot in nature to have an effect on either political elites or mainstream society. They manage to keep the spirit of unity alive, but hardly produce a critical influence.

A peace deal without significant power devolution does not appear to be a viable prospect, and political concessions are typically a price for peace. However, the international community which is formally leading the efforts, is not quite seen in the NGCAs as an honest broker capable of standing for their interests. This is because Western institutions and politicians largely failed to acknowledge the suffering that the people of Donbas have endured as a result of the military actions by the Ukrainian government, which although exposed by the human rights community, remains hardly known outside of these circles. In order to restore credibility, policy-makers need to be more upfront about the hurt inflicted on the NGCAs throughout the conflict. Voices of people living there should be heard not only in Russia, but internationally, so that a fuller picture could emerge. Lastly, conflicts are not static. If they do not proceed towards resolution early on, they tend to become entrenched and an accommodation to the new status quo emerges. Thus, time is a factor in breaking the current impasse. These efforts should involve more participation of actors from the NGCAs themselves.

*Dr. Anna Matveeva is a Visiting Senior Research Fellow at King’s College London, and the author of a recent book entitled ‘Through Times of Trouble: conflict in Southeastern Ukraine Explained from Within,’ published by Lexington Books, 2018.