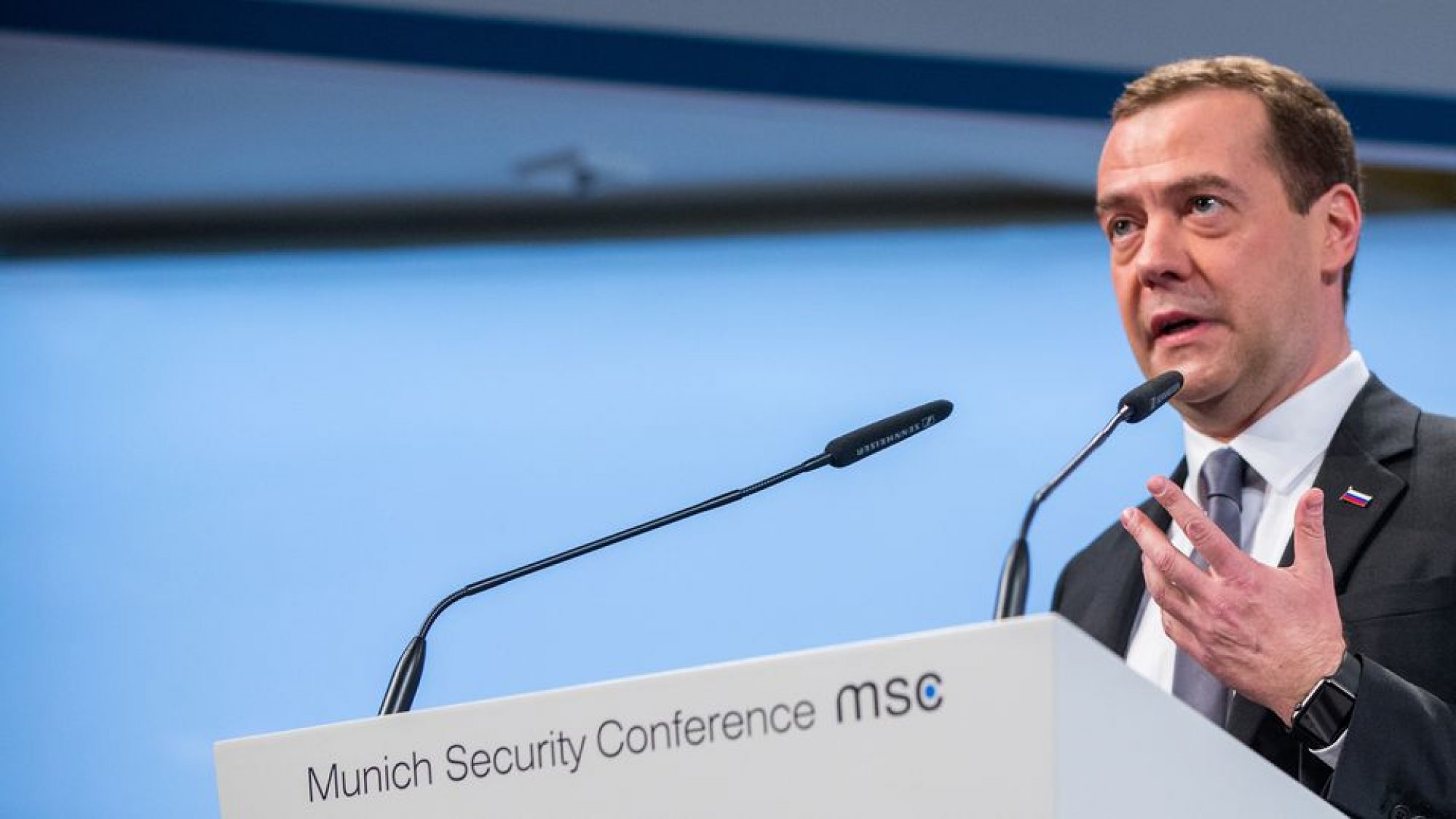 The Total Collapse of European Security?

The Website Editor of the ‘Security and Human Rights Journal’ was on the ground at the 2016 Munich Security Conference, offering readers of the blog and followers on Twitter insights into the debates and events taking place in Munich.

Saturday morning was the most important part of the Munich Security Conference, featuring a staggering selection of prime ministers, presidents and foreign ministers.

While much attention was devoted to the war in Syria, the refugee crisis, the so-called Islamic state and international terrorism, and the state of the European Union, the debate on Saturday morning revealed a frightening deterioration of relations between Russia and the West. There was not much space for friendly diplomatic exchanges; instead, the debate was marked by straight-forward and even confrontational language.

Russian Prime Minister Dimitry Medvedev complained about the fact that dialogue between Russia and the West had ceased on almost all levels and bluntly stated that “we are rapidly sliding into a period of a new Cold War.” He referred back to the legendary speech delivered by Russian President Vladimir Putin at the 2007 Munich Security Conference, which at the time sent shock waves across the West. In his 2007 speech, Putin characterized the OSCE as a “vulgar instrument designed to promote the foreign policy interests of one or a group of countries.” In 2007, Putin also harshly criticized NATO’s expansion to the East as well as the then planned anti-missile defense system, declaring that “we have weapons on hand which can neutralize this shield.” Russian Prime Minister Medvedev questioned whether – from today’s point of view – this 2007 assessment had been too pessimistic. Medvedev left the audience in no doubt when he stated “no, the picture now is even grimmer.”

Russian Foreign Minister Sergey Lavrov reinforced Prime Minister Medvedev’s statement and complained about the fact that NATO and the EU are “refusing full cooperation with Russia, creating the image of an enemy […]”. He went on by saying that “today, the level of cooperation between Euro-Atlantic structures and Russia is worse than during the Cold War.”

NATO Secretary General Jens Stoltenberg delivered a tough speech which was exclusively focused on “challenges from the East”, meaning Russia, which he saw as “destabilizing the European security order.” While clarifying that NATO “does not seek confrontation”, he stressed that “our response has to be firm.” In order to address the current situation, Mr. Stoltenberg suggested that what is needed is both “more defence and more dialogue.” Yet, the overwhelming part of his speech was focused on how to increase defence and deterrence and he remained largely unclear as to how dialogue could be strengthened.

Mr. Stoltenberg spoke about the recent decision of NATO Defence Ministers to enhance the Alliance’s multilateral presence in the eastern part of Europe, “to make clear that an attack against one ally will not just be met by national forces, but by forces from across the Alliance.” Referring to the Alliance’s key player, Mr. Stoltenberg stated that “the US has set out plans to significantly increase their military presence in Europe with more troops, more exercises and more equipment.”

Mr. Stoltenberg then continued to lay out NATO’s policy on nuclear deterrence and the ballistic missile defence. He stated that for NATO, the circumstances in which any use of nuclear weapons might have to be contemplated are “extremely remote” but added that “no one should think that nuclear weapons can be used as part of a conventional conflict. It would change the nature of any conflict fundamentally.” Finally, he stressed that NATO’s ballistic missile defense was not directed against Russia but against “threats from outside the Euro-Atlantic area.”

In a similar vein, the Presidents from Poland and Lithuania both were very clearly in favor of strengthening the Eastern flank of NATO in order to deter Russia.

Compared to the previous speeches, the remarks by US Secretary of State John Kerry seemed calm and circumspect. He stood by the transatlantic partnership and said that it was designed “to have each other’s backs when the times are tough.” In this context he expressed his “unwavering support for a democratic Ukraine” and referred to increased military spending by the US from just under $790 million to $3.4 billion. He explained that “this will allow us to maintain a division’s worth of equipment in Europe and an additional combat brigade in Central and Eastern Europe, making our support – and NATO’s – more visible and more tangible.”

At the end of Saturday morning the impression emerged that European (and Euro-Atlantic) security was about to collapse. There seemed no clear strategy how to deescalate tensions between the West and Russia. Much of the rhetoric was confrontational and positions seemed entrenched.

In the nine years that have passed since Putin’s speech in Munich in 2007, relations between the West and Russia have indeed further deteriorated.

Hence, in order to avoid further confrontation, a strategy has to be devised on how to strengthen the diplomatic process between the West and Russia. This is a balancing act and creates an enormous challenge for the West, as most leaders in the West believe that a strategic dialogue with Russia on European security can only be restarted once the Minsk Agreements are fully implemented.

In this context, a meeting on the margins of the Munich Security Conference between NATO Secretary General Stoltenberg and Russian Foreign Minister Lavrov on reviving the dialogue within the NATO-Russia Council (which has been suspended since 2014) was inconclusive.

To be sure, it is important to make the lifting of economic sanctions and the initiation of a strategic security dialogue conditional upon full implementation of the Minsk Agreements. It is important to show unity within the EU and resolve within NATO. Different players play different roles. And the role of the OSCE, indeed its very raison d’ȇtre, is dialogue and conflict prevention.

Thus, a lot of responsibility rests on the shoulders of the German OSCE Chairmanship. The OSCE remains the only security organization which includes Russia as an equal partner and which operates on the basis of consensus. Devising a clear strategy on how to re-establish dialogue with Russia within the OSCE is thus the only viable option, even if this is a balancing act. The final report by the Panel of Eminent Persons chaired by Ambassador Ischinger can serve as a starting point in this regard. A clear strategy should evolve before the NATO Summit to be held in Warsaw in July, which is likely to see a strengthening of the Eastern flank of the Alliance, which might again be seen as a provocation by Russia. Time is running out.

A selection of speeches delivered at the 2016 Munich Security Conference can be found here.