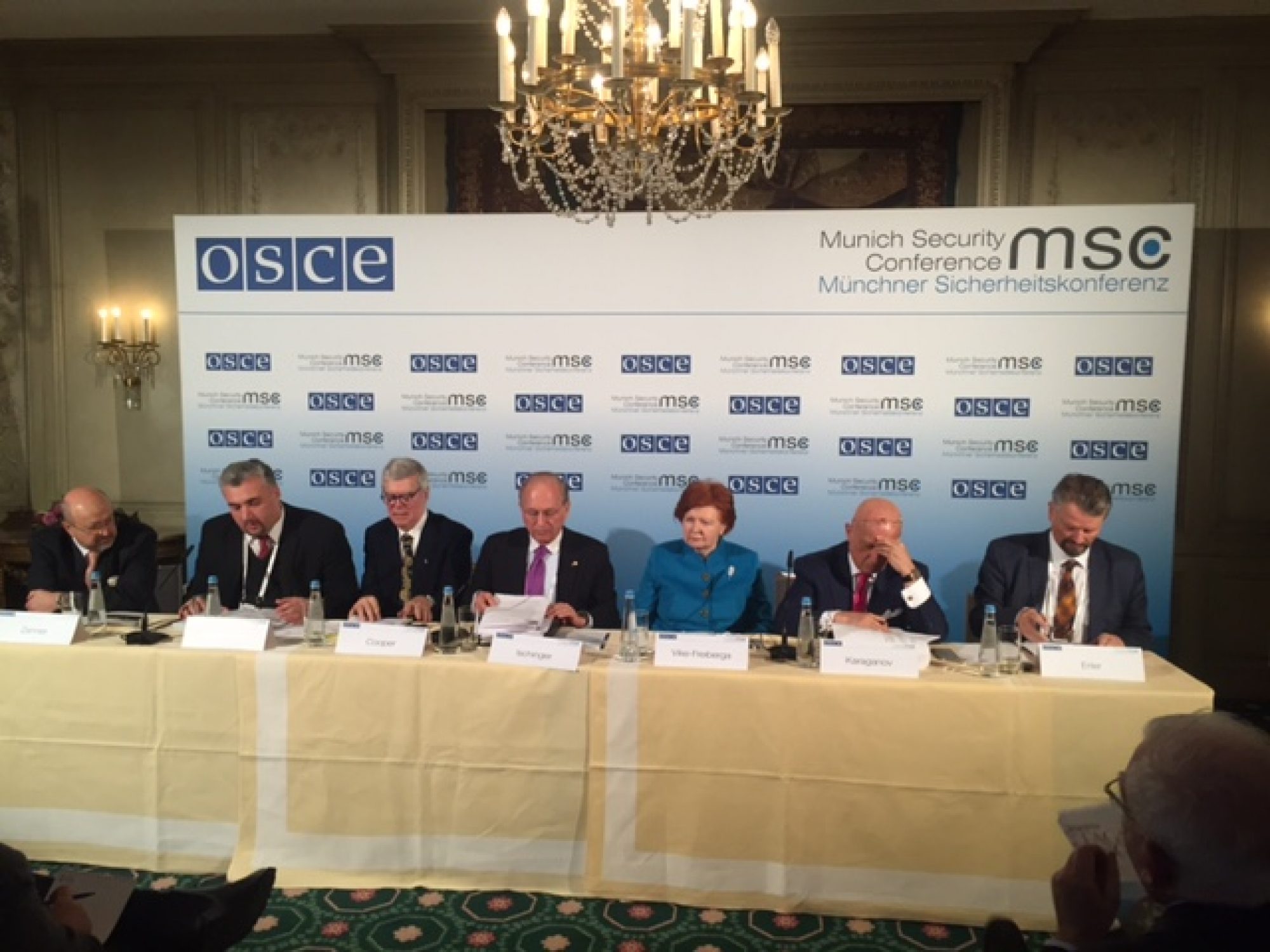 Back to Diplomacy – But How and When?

In 2014, the OSCE Troika decided to establish a ‘Panel of Eminent Persons on European Security as a Common Project’, and selected Ambassador Wolfgang Ischinger to chair it. Back then, the OSCE Troika members hoped that such a Panel would support efforts on how to reconsolidate European security, as the dialogue among OSCE participating States on this topic had produced no concrete results in almost 6 years and came to a complete halt in 2014 because of the eruption of the crisis in Ukraine.

However, the 57 OSCE participating States disagreed on the usefulness of such a Panel and some questioned whether it could indeed support efforts by OSCE states to discuss European security issues. Some OSCE states believed that the Panel could distort the role of the OSCE as the main forum for political dialogue on European security. Others thought that the Panel would be perceived as too independent and disconnected from the OSCE, rendering its recommendations less relevant for OSCE states.

Although Russia was initially supportive of establishing a Panel of Eminent Persons, Russian Foreign Minister Sergey Lavrov characterized the results of the Panel as “unimpressive” at a news conference in Moscow on 26 January 2016. At that conference, he also stated that “Western experts were toeing their governments’ official ‘contain Russia line’, for which reason the Russian expert had to distance himself from that document.” In a similar vein, Lavrov stated at the 2016 Munich Security Conference that the final report by the Panel “turned out to be NATO-centric and the Western countries are presented in the documents as the ‘keepers’ of the internal system’s stability, which they apparently want to keep unshakable.” This remark by Lavrov once again underscores the long-held Russian belief that a new European and Euro-Atlantic security architecture should be negotiated. Lavrov stated this clearly in Munich, when he added that “a reform of the world order should be negotiated, because such NATO-centric egotism, which reflects political nearsightedness, does much damage to seeking solutions to real, not invented, threats.”

The fact is that one year after its establishment the Panel published its final report and has since undertaken a number of outreach activities. One of them took place on the margins of the 2016 Munich Security Conference, with Ambassador Ischinger introducing the Panel and explaining the essence of the final report.

The report suggests “the return to a robust diplomatic process designed to replace mutual recrimination with rebuilding trust.” Before presenting some concrete recommendations, the report lays out the different historical interpretations and narratives that have led to the current deterioration in East-West relations. The report thus reveals very clearly the stark differences in historical interpretations between the West, Russia and the ‘states in-between’ (for example Georgia, Moldova and Ukraine.) To address this issue, the report suggests a research project, bringing together scholars and historians in order to understand better the historical differences and to help overcome them.

The report also makes a number of very concrete recommendations, such as the reactivation of the NATO-Russia Council in order to improve operational safety, a resumption of military-to-military contacts, reinforcing the operations and capabilities of the OSCE Special Monitoring Mission to Ukraine, and the creation of a Ukraine Contact Group that would bring together the Normandy Group and the signatories of the Budapest Memorandum.

Once the Minsk Agreements are implemented, the report suggests that the OSCE Chairmanship should launch a diplomatic process to rebuild the foundations of European security. This diplomatic process should conclude with an OSCE Summit meeting (in Vienna). The report carefully highlights the elements that such a diplomatic process should include, first and foremost a discussion on the security status of the countries in-between (Ukraine, Moldova, Georgia). Secondly, and connected to this first point, the report stresses the need to discuss the settlement of the protracted conflicts as well as the status of the disputed territories. As additional elements, the report highlights the need to focus the diplomatic process on the implementation of OSCE human dimension commitments, on economic connections and trade questions as well as on enhanced relations with the Mediterranean and Asian regions.

The essence of the report is summarized in its title: ‘Back to Diplomacy’. Yet, it seems that currently there is no clear strategy in place as to how this should happen. Suggestions made in the final report could serve as a starting point for the German OSCE Chairmanship to devise such a process, especially against the background that dialogue has been suspended in the NATO-Russian Council as well as between the EU and Russia.

In order to clarify this point, the Security and Human Rights Website Editor used the opportunity of the question and answer session at the Munich Security Conference side event, to ask the Panel and representative of the German Chairmanship how and when a diplomatic process will be launched so that the momentum that has been created by the final report does not get lost.

Read the answers that were provided by the representative of the German Chairmanship and a selected number of Panel members here.