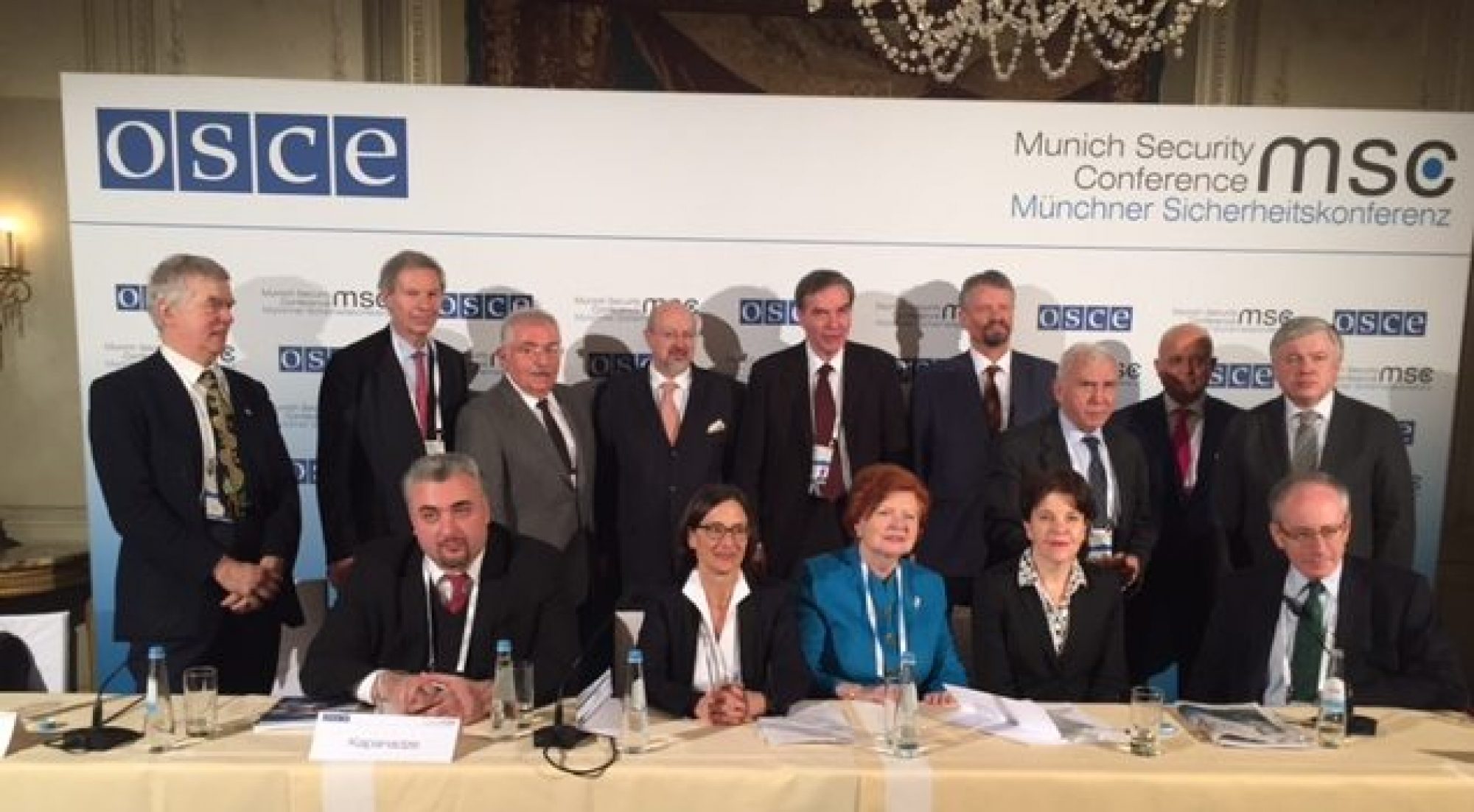 Back to Diplomacy: Q and A with the German OSCE Chairmanship and the Panel of Eminent Persons

Side event on the margins of the Munich Security Conference, 14 February 2016. Reconsolidating European Security: A debate on the German OSCE Chairmanship and the findings of the Panel of Eminent Persons. Q and A session.

Question by Stephanie Liechtenstein, Website Editor of the ‘Security and Human Rights’ Journal: The title of the final report of the Panel of Eminent Persons reads ‘Back to Diplomacy’. The report states very clearly that the return to a strategic, diplomatic dialogue with Russia can only be initiated once the Minsk Agreements are implemented. In this context, how can we make sure that the momentum that has been created by the report does not get lost? I ask this question also against the backdrop that currently the dialogue in the NATO-Russia Council and between the EU and Russia is suspended.