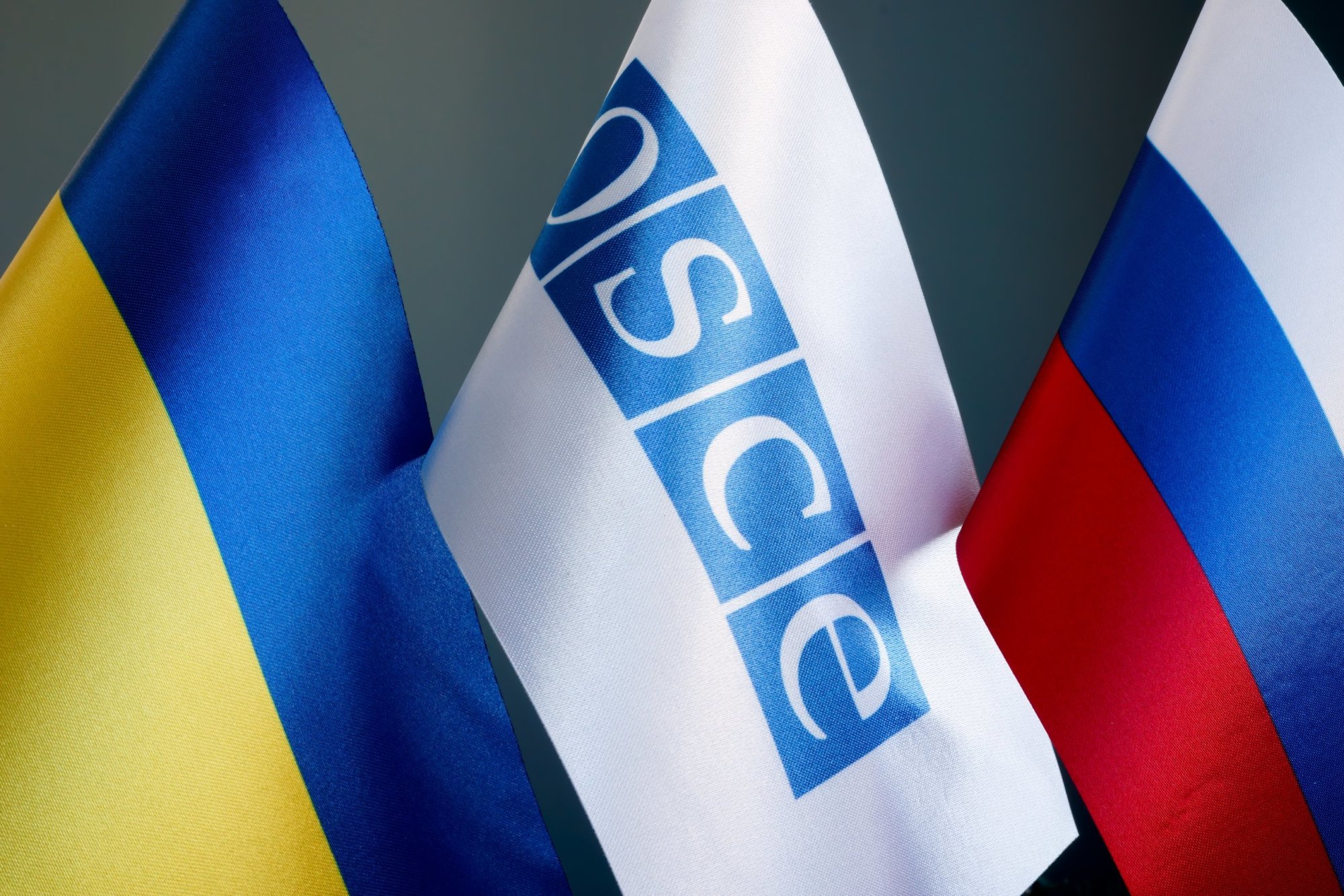 After the military invasion of Ukraine, the Russian Federation has been banned from various intergovernmental and non-governmental organizations. For instance, the Council of Europe, the main organization for human rights and democracy in Europe, has suspended the Russian Federation after years of tense relations. Russia has also been banned from various top sporting and cultural events like hosting the Champions League final or a Formula 1 race.

Should Russia also be suspended from the OSCE? After all, its actions have violated many of the most fundamental principles and commitments that OSCE participating States are supposed to uphold. Allowing Russia to keep its seat at the table could raise questions about whether the Organization takes its own ideals seriously. Furthermore, Russia hardly seems to be interested in cooperative security.

But kicking them out could be both difficult and counter-productive.

The OSCE takes decisions on the basis of consensus, so it is not likely that Russia would agree to suspend itself from the OSCE. However, there is one major exception to the consensus principle which was agreed at the CSCE Ministerial meeting at Prague in January 1992, immediately after the dissolution of the Soviet Union. This so-called consensus-minus-one (C-1) rule, adopted with the consent of the Russian Federation, stipulates that in cases of massive and gross violations of human rights, the OSCE is entitled to adopt political measures against the state which causes these violations – if need be without the consent of the latter state. Although the Prague decision includes some clear conditions for such C-1 decisions, such as that they can only be of a political nature with effect only outside the country concerned, it is clear that on this basis Russia could be suspended from participating in the OSCE.

Although this possibility exists and has been used once against the former Yugoslavia because of its atrocities in the war in Bosnia-Herzegovina, does it make sense to invoke it now? A procedural hurdle could be that at least one country, like Belarus, could refuse to join consensus which would stymie the process. But there may also be some key political reasons which should be kept in mind when considering going down that road.

Firstly, suspending Russia may give countries the feeling that they are doing the right thing, but it limits the option of engaging with Russia now and in the future. As a matter of fact, giving the Russian Federation a proper place at the European security table has been one of the main reasons for the existence of the OSCE. Clearly, Russia is a big part of the problem for the breakdown of security in Europe. But it will also have to be part of the solution. So, while it may make sense to suspend Russia temporarily as punishment for breaking the rules, at some point it will have to get out of the penalty box. Or the OSCE will have to be completely re-engineered as a concert of like-minded countries sharing the same values and promoting a cooperative approach to security. This could make decision-making easier, but the Organization would lose its raison d’etre as a place to foster security through cooperation among non-like-minded states which nevertheless share an interest in European security. As a matter of fact, suspending Russia from participating in the OSCE would most likely mean the end of the OSCE as we have known it so far, also because the Russians will most likely completely withdraw from the Organization.

Secondly, if Russia is no longer in the G8 or the Council of Europe, and there is almost no dialogue in the context of the NATO-Russia Council, there is almost nowhere left for countries to engage with Russia, as difficult and unpalatable as that may be right now. It is better to raise criticism across the table than to yell at an empty chair. The negative experiences with the temporary suspension of the former Yugoslavia in the 1990s has been proving this observation. Whatever indignation one may have about the Russian aggression against Ukraine, the day will come that a post-war solution will have to be negotiated and order will be restored in Europe on the basis of international law. The OSCE, or something like it, could play a key role in that process. Indeed, it is one of the few places left where dialogue and negotiations could take place. In other words: don’t throw away old shoes before you have new ones.

Watching the horrible developments unfolding in Ukraine triggers a sense that Russia should be suspended from the OSCE. But this is procedurally unlikely, and it would kill the OSCE as an inclusive pan-European security organization. The OSCE has been seriously handicapped because of the crisis in and around Ukraine over the past eight years, although its civilian monitors have been a unique source of unbiased information about the situation in eastern Ukraine. There is no doubt that it will be further gridlocked because of the current war. But unless this crisis ends in a much larger conflict, the day will come when security and cooperation in Europe will have to be rebuilt. And when that day comes, the OSCE should be ready – and it should be used.

Dr. Arie Bloed is the former editor-in-chief of Security and Human Rights.