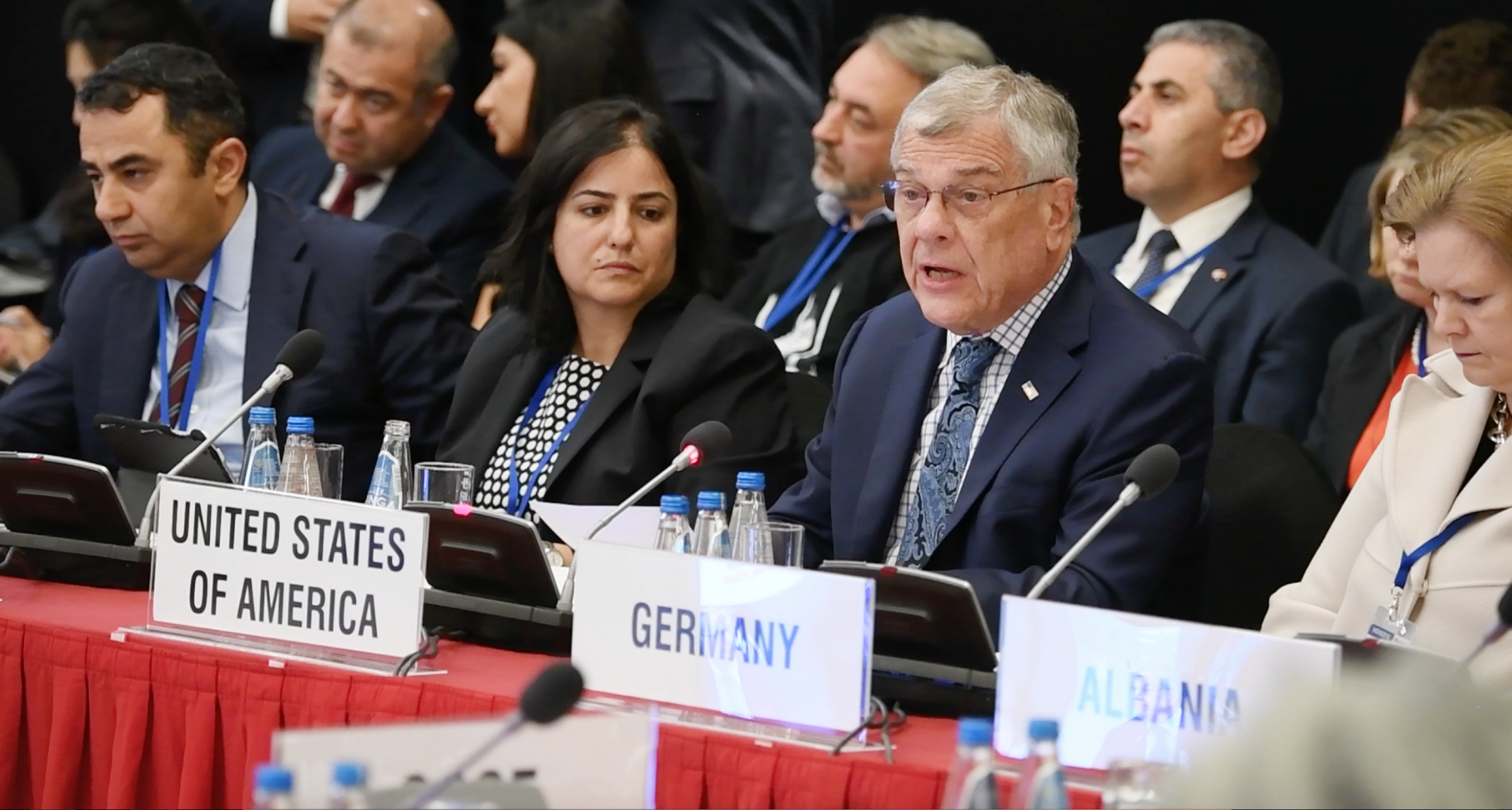 The Human Dimension Implementation Meeting (HDIM) takes place in Warsaw, Poland, from 10 to 21 September 2018. It is the OSCE’s premier human rights event and Europe’s largest human rights conference. OSCE participating States attend the meeting to reflect upon the implementation of human rights commitments and fundamental freedoms.

Why is the HDIM important and what is the general human rights situation in the OSCE region?

The point about HDIM every year is that it is the only forum that links the human rights situation within countries to lasting security and cooperation among countries. Other international gatherings tend to deal with either the issue of security, or the issue of human rights. At the HDIM there is a clear link between the two and that is unique.

Regarding the human rights situation in the OSCE region, we have seen both, positive and negative developments, which I also mentioned in my opening remarks.

On the negative side, Russia seem to have violated all ten principles of the Helsinki Final Act. The situation in Chechnya is even more worrying. It seems that lawlessness has become absolutely legal. Russia tried to counter our criticism by filibustering HDIM with fake NGOs. So, overall, that part is not a happy story.

The situation in Turkey is also very worrying. We were supportive of the Turkish government in countering the 2016 coup attempt, but since then we have seen a succession of emergency decrees, restrictive constitutional amendments, and a broad application of counter-terrorism laws. In addition, there are 50,000 people in jail on political grounds. They are not terrorists. They are news editors, journalists, publishers, human rights activities, students and even elected officials. We called on Turkey to release all of them.

Also, Turkey is holding U.S. Pastor Andrew Brunson as well as some locally employed Turkish staff of our diplomatic mission. Our impression is that the government knows very well that it has no legitimate right to hold them and is just using them as pawns.

On the positive side, we have seen some promising developments in Armenia and in Uzbekistan. Both countries seem to have embarked on reforms and they both seem to show strong political will to make it happen. The question is whether they will be able to translate the broad reforms into specific institutional reforms. Overall, it shouldn’t be a one-time reform but a real change that will embed human rights and democracy.

I understand that Turkey is not attending this year’s HDIM and has also not joined consensus on the agenda of the conference. How can this situation be solved?

I would separate our bilateral relations with Turkey and the situation in the OSCE.

It is true that Turkey held up consensus on the agenda of HDIM. But in fact, there was no real disagreement on the agenda. It is rather that one state tried to use this as leverage to force the OSCE not to invite certain NGOs that it objects to. We felt strongly the other way.

It is also important to understand that the HDIM is a standing meeting that is mandated by decisions that have been taken in the past by consensus. There is a basis here, irrespective of whether the detailed agenda is approved by all 57 participating States or not. In my opinion, it was a wise decision by the Italian Chairmanship to go ahead with the conference.

That said, we very much regret that Turkey chose not to attend. Our advice to them was that they should attend, and that if someone says something that they object to, they should make a statement themselves to get their viewpoint across.

On a positive note, other delegations, for example Tajikistan, who have not attended in previous years, are attending this year. They are engaging very actively in the debate. This shows that the process is continuing, that it is on track and healthy.

In more general terms, Turkey is of course our NATO ally. It is a very important contributor to OSCE efforts elsewhere. We are actively working together with Turkey in the interest of peace in the OSCE region and beyond. We have great desire to see Turkey get back on a path where we can all work together on common issues.

We also recognize the security challenges that Turkey faces. It is not that they are inventing security challenges, they actually have them. But what we do object to is treating peaceful dissent as a security threat. Our view is that by doing this, security does not get strengthened, it actually gets undermined.

Moving away from Turkey, I would also like to briefly discuss the situation in Chechnya. On 30 August, the United States joined 14 other participating States in invoking the so-called Vienna Mechanism, requiring Russia to provide a response to reports of abuses by Chechen authorities. What are the next steps once you receive a reply from Russia?

We are very concerned about the murderous actions against persons for their perceived or actual sexual orientation or gender identity, as well as against human rights defenders, lawyers, and members of independent media and civil society organizations in Chechnya. We have raised our concerns several times before, such as at previous HDIMs. Russia at the time responded that they were investigating the situation. When that investigation was over, Russia said that they had not found anything of concern.

It was at that point that we decided, together with 14 other participating States, to call for more detailed information under the Vienna Mechanism. Russia should have provided the substantive response by 10 September but didn’t. At this point, we are getting together with the other 14 states to consult what our next steps might be.

Do you think that Russia will still take advantage and respond, or does it look more like they are not responding at all?

I am not going to speculate on that point. Under the Vienna Mechanism, they should have responded within 10 days, but they haven’t. We are therefore now looking at our next moves.

The HDIM will discuss, among other issues, freedom of the media. Obviously, there are a number of OSCE participating States where there is a clear lack of this important element of a functioning democracy. However, also in the U.S., the current President has openly attacked the media. Do you get such criticism at HDIM? How do you respond to it?

Yes, we do get criticised about this situation at HDIM. In fact, we expect to be criticised when we come to HDIM. We also believe that an independent press and an informed public are essential to democracy. Journalists keep citizens informed, they provide for a healthy debate, and hold the government accountable.

Russia made a statement at HDIM about the situation of the free press in the U.S. I replied and explained that when journalists criticise the U.S. government, that criticism is debated very widely in our country. Often, the U.S. Congress also holds hearings as a result of reporting by the press. That is the way it should be.

But I would also like to add that although the press is a vital part of our democracy, that doesn’t mean that it is immune to criticism either. While in other countries, the criticism of the press is followed-up with state action – for example by de-licencing, censoring, jailing or even killing journalists – I don’t think that anybody is saying that the U.S is using state power to effectuate any restrictions on journalists.