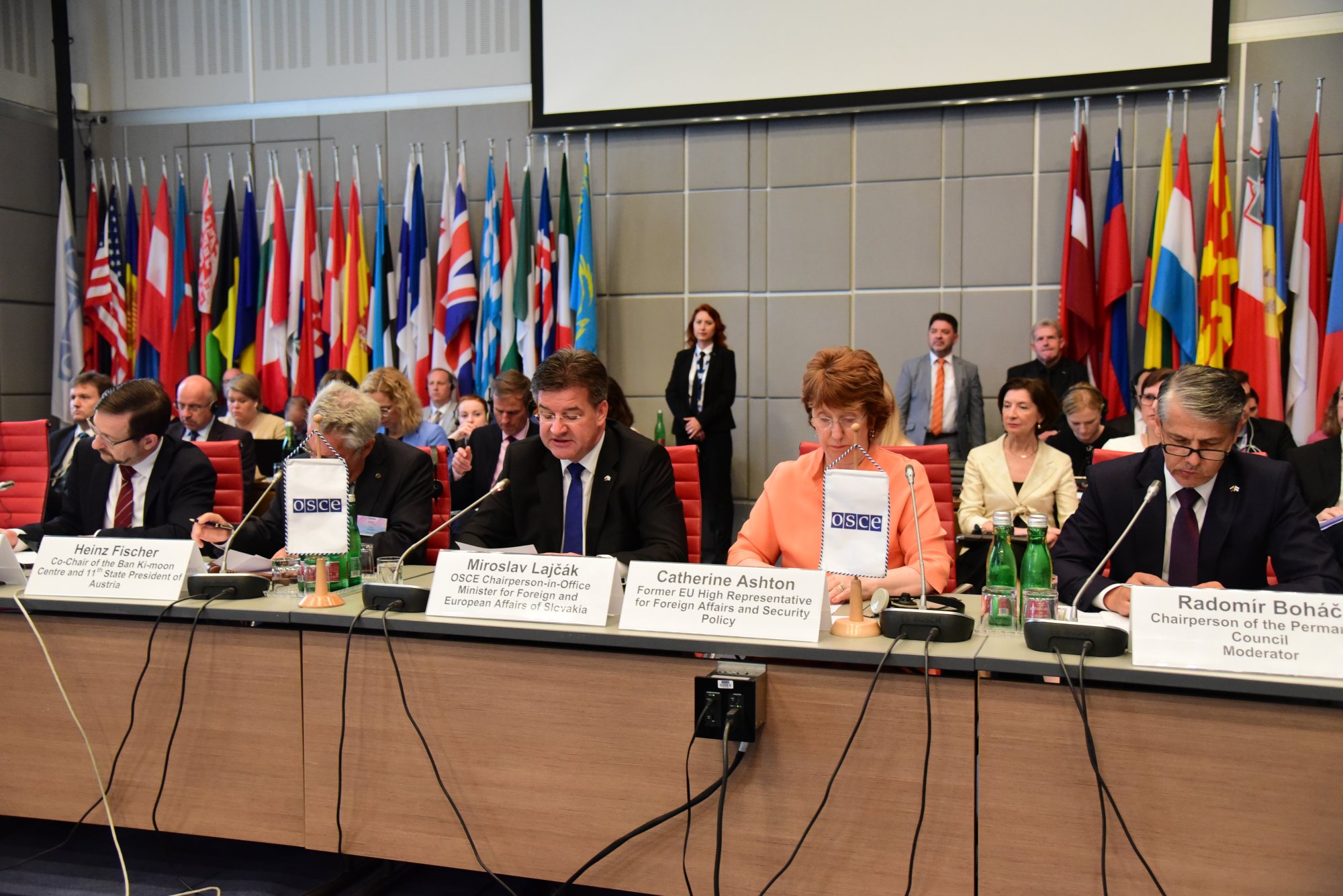 The Annual Security Review Conference (ASRC), the OSCE’s main conference to discuss and review threats to the security of its 57 participating States, opened in Vienna on Tuesday.

The convening of the ASRC was threatened this year by the inability of OSCE states to agree on the detailed conference agenda. The agenda was adopted last minute on Thursday last week.

OSCE Chairperson-in-Office, Slovak Foreign Minister Miroslav Lajcak, referred to this particular point in his opening statement saying “our dialogue is not always effective as last week we struggled to find consensus on a purely procedural document”.

A world outside Vienna

Foreign Minister Lajcak, who visited all OSCE Field Missions in the course of the past six months, furthermore reminded OSCE delegates that there is “a world outside Vienna”. He said that OSCE mission staff “are talking to and listening to the people on the ground”.

“In the face of real human suffering on the ground a lack of dialogue is unjustifiable,” he said. “When you see an old woman climbing a broken bridge or a young person who has never known real stability, our red lines, and our silences, hundreds of miles away, speak volumes. That’s why we need to continue with dialogue – especially when it is difficult,” Lajcak added.

Echoing Foreign Minister Lajcak’s remarks, former European Union High Representative for Foreign Affairs and Security Policy, Rt Hon. Baroness Catherine Ashton stressed the importance of thinking “beyond this city of Vienna” and to keep in mind “the people in need” who are relying on decisions made by diplomats. “Progress is only made when there is true leadership. Doing nothing is not leadership.”

She also called for engaging women more in the resolution of conflicts “because their life is a lot affected by conflict”. “Most successes begin as impossible things,” she said. “It is the OSCE’s role to make the impossible a reality.”

Former Austrian President Heinz Fischer, who is also Co-Chair of the Vienna-based Ban Ki-Moon Centre, underlined the importance of Vienna as a hub for international organizations. “During my eleven years as President of the Austrian National Assembly and afterwards in my capacity as President of the Republic of Austria, I had the opportunity to speak at multiple OSCE summits,” Fischer said.

Without mentioning the United States directly, he regretted that in recent years, multilateralism had come under pressure and referred in this context to the dissolution of the Iran Nuclear Deal and an increasing attitude of “my country first”.

“In times like this, the OSCE is more important than ever,” he stressed.

OSCE Secretary General Thomas Greminger reminded conference participants of the work of the OSCE Special Monitoring Mission in Ukraine. “The SMM brokered over 1,000 local ceasefires to enable the repair of critical infrastructure,” he said.

He also made several concrete suggestions how to improve the general security situation in the OSCE area: (i)increasing military-to-military contacts; (ii) preventing and managing military incidents by building on and complementing existing bilateral agreements; (iii) enhancing military predictability and transparency; (iv) and improving the implementation of the Vienna Document.

Greminger added that “security is also affected by rapid technological change, which offers new possibilities, but also creates vulnerabilities. I hope that eventually the OSCE can become a platform for meaningful dialogue on technology and security, and exchange best practices.”

The Annual Security Review Conference (ASRC) is the OSCE’s main conference to discuss and review threats to the security of its 57 participating States. The three-day, closed-door conference will look at pressing security issues such as the conflict in and around Ukraine, protracted conflicts in the OSCE region, conventional arms control issues, and updating and modernizing the 2011 Vienna Document.

There will also be a special session dedicated to the so-called Structured Dialogue, the OSCE’s flagship format initiated in 2017 to discuss military and other security threats.

One of the Structured Dialogue’s aims is to work out possible incident prevention and risk mitigation measures, in particular related to military aircrafts and vessels. This is viewed as important by many participating States, especially in light of increased military exercises as well as near collisions of NATO and Russian military aircraft over the Baltic Sea.