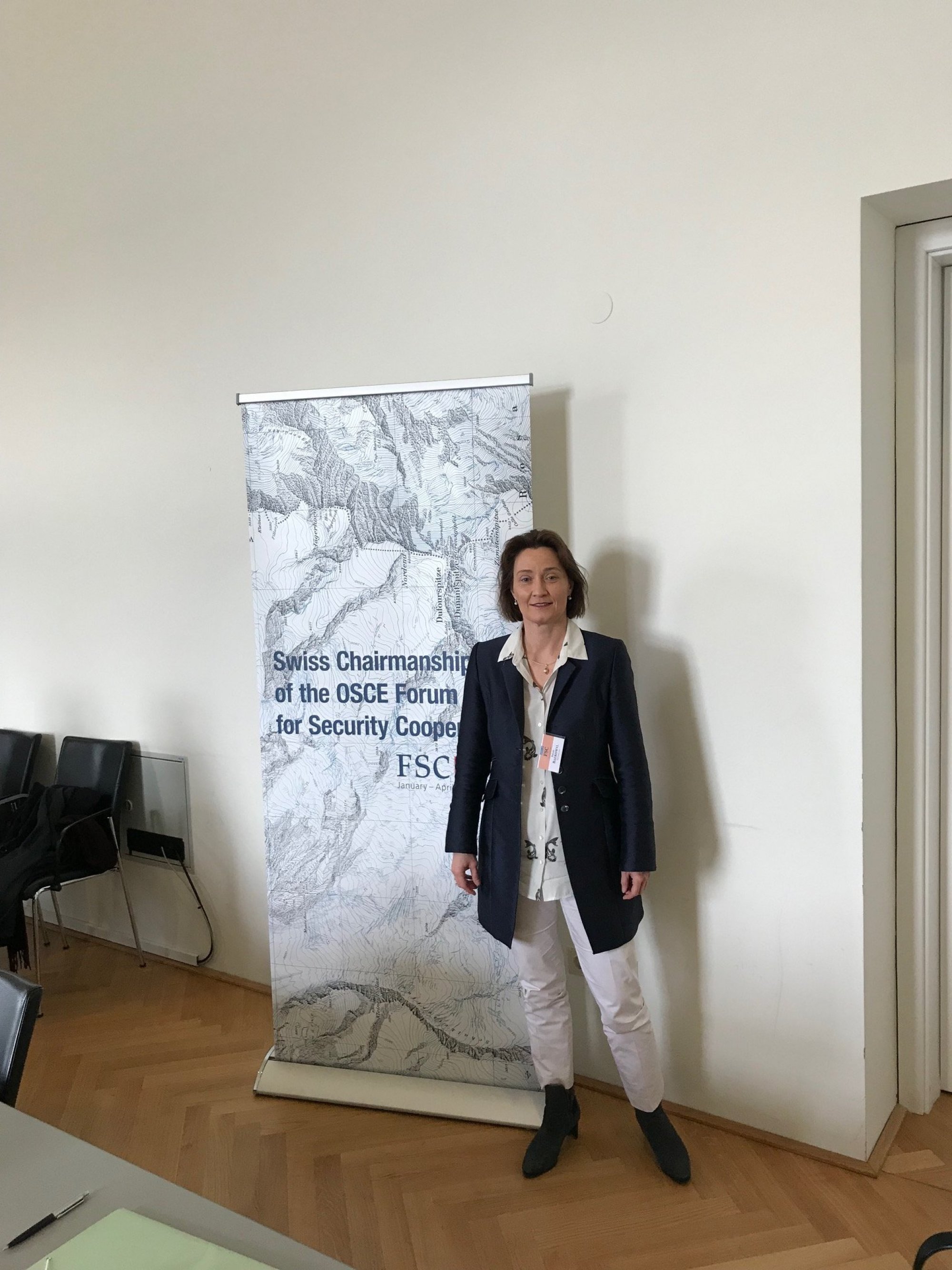 “The magic word is trust”

Switzerland’s Chairmanship of the OSCE Forum for Security Cooperation will focus on trust-building and improving confidence, says Pascale Baeriswyl, Swiss Deputy Foreign Minister and State Secretary during an interview with Stephanie Liechtenstein in Vienna.

From January to April 2019, Switzerland holds the Chairmanship of the Forum for Security Cooperation (FSC). The FSC discusses politico-military aspects of European security. The FSC Chairmanship changes every four months and rotates in alphabetical order among OSCE participating States, with Switzerland taking over from Sweden.

To begin with, could you explain the relevance of the OSCE to Swiss foreign and security policy in general?

We also make very concrete contributions to the Organisation. For example, we make experts available for OSCE field missions and election observation missions. We also provide mediation experts and policy advisors on issues such as constitutional questions, human rights and the rule of law.

Switzerland assumed the OSCE Chairmanship in 2014, just at the time when the situation in Ukraine deteriorated significantly and the OSCE Special Monitoring Mission was deployed. Looking at the achievements from 2014, can they serve as an inspiration for the Swiss Chairmanship of the Forum for Security Cooperation?

Pascale Baeriswyl: Similar to our 2014 OSCE Chairmanship, the goal of our FSC Chairmanship is to use and enhance the existing tools and instruments of the OSCE. But there are also some limits to the comparison. The 2014 OSCE Chairmanship was a political project and the FSC Chairmanship is more technical and limited in time. Also, we will not be able to achieve so much in just four months. But we strongly believe that we can make a contribution via technical expertise and dialogue. The magic word is trust. We want to contribute to trust-building and confidence-building in an Organisation and a region where trust is currently lacking.

Will you also look at ways to enhance dialogue on arms control? This seems important since the arms control regime is falling apart.

Pascale Baeriswyl: There are several elements that are related to arms control in our programme such as the 2011 Vienna Document, regional Confidence- and Security-Building Measures, and dialogue on small arms and light weapons and stockpiles of conventional ammunition. We will also organize a side-event with the OSCE network of think tanks on this topic.

Claude Wild:As FSC Chair, we set the agenda and thus steer the discussions among OSCE participating States. We decided to add items to the agenda that have been avoided thus far, including, for example, aspects of modern and hybrid warfare. In this way, we hope to trigger and force delegations to discuss controversial topics.

In this context, can some progress be achieved on the 2011 Vienna Document? Can it be modernized in the near future?

Claude Wild: Its modernization seems currently unrealistic. We should therefore focus our attention on the full implementation of the Vienna Document instead.We could start off by, for example, improving military-to-military contacts.

Matthias Halter: The OSCE arms control acquis consists not only of the 2011 Vienna Document but also of the Open Skies Treaty and the Conventional Forces in Europe (CFE) Treaty. Switzerland is a state party to only one of them. We are focussing our attention on getting a discussion going on those instruments and on how to better implement the existing tools.

Could any of those discussions be fed into the structured dialogue on military security issues?

Claude Wild: Yes, we are pushing to bring arms control issues more into the structured dialogue and we will lobby the new chair for that purpose.

Claude Wild is Switzerland’s Permanent Representative to the OSCE.