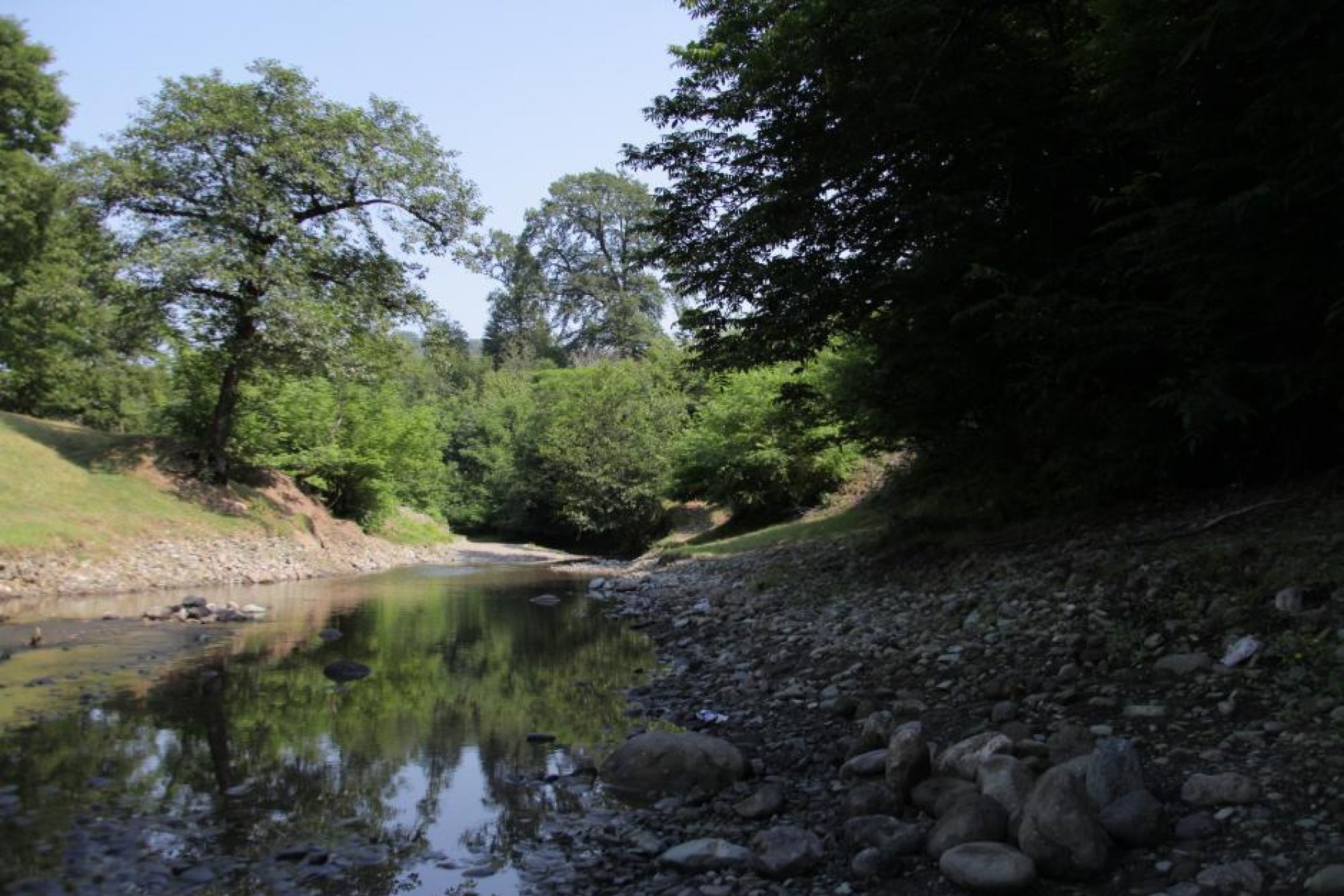 How Should the OSCE Deal with Climate Change and Environmental Threats?

Environmental problems, such as climate change, pollution and the loss of bio-diversity are threatening the security of OSCE participating States and their populations. The OSCE recognizes that it has to address these threats, but should it do more? To answer this question, we will start with considering four preliminary questions: Is there a need for the OSCE to become more active? Is there a mandate to become more active? Is there an organisational framework for a more active role?What has been accomplished so far?

Is there a need for the OSCE to become more active?

There are many sorts of transboundary environmental issues that require international cooperation, from water scarcity to bio-diversity. Here we will look at only two of them: air pollution and climate change.

Within the area covered by the OSCE, every year more than half a million people die prematurely because of air pollution.[2] A growing part of this pollution is caused by long-distance transport of air pollutants from other countries.[3]

Air pollution is an international problem, because polluted air does not stop at borders. In view of the enormity of the problem, the OSCE should seriously consider how it could contribute to a solution.

The number of victims in OSCE countries caused by climate change is, so far, relatively limited. However, unless much more drastic measures are taken than currently foreseen, this problem threatens to become even bigger than that of air pollution. The Parties to the Paris Climate Agreement aim to keep the rise of global temperatures below 2o Celsius and preferably below 1.5oCelsius.

The threat of climate change is so large that all possible measures of every capable organisation will have to be considered, including the OSCE.

Is there a mandate to become more active?

The Helsinki Final Act recognized “that the protection and improvement of the environment, as well as the protection of nature […] is one of the tasks of major importance to the well-being of peoples and the economic development of all countries and that many environmental problems, particularly in Europe, can be solved effectively only through close international cooperation”.

Subsequently, the environmental dimension featured in almost every document of the CSCE and the OSCE. In 2007, for example, the OSCE Ministerial Council acknowledged that with regard to climate change “the OSCE, as a regional security organization under Chapter VIII of the UN Charter, has a complementary role to play within its mandate in addressing this challenge in its specific region”.

The most elaborate document in this regard is the Strategy Document for the Economic and Environmental Dimension of 2003. It argues for strengthening the role of the OSCE by enhancing the dialogue among participating States on environmental issues and by improving the process of review of the implementation of commitments. To enhance this dialogue, theEconomic Forum should be made more effective, inter alia, by a procedure for ensuring follow-up of its deliberations.

The participating States promised that they would bring environmental issues to the agenda of the OSCE and would strengthen the annual review of implementation of the OSCE commitments in the environmental dimension. They furthermore requested the Secretary General to conclude an arrangement with the UN Economic Commission for Europe (UNECE) with regard to monitoring the economic and environmental situation in the OSCE area.

They also decided that the annual review at the Economic Forum would include both a general review of implementation of commitments and a focused review with regard to a relevant selected topic.

Is there an organisational framework for a more active role?

The OSCE has three special fora for discussing environmental issues. The annual Economic and Environmental Forum prepares decisions of the OSCE Ministerial Council and is itself prepared by two preparatory meetings.

The purpose of the yearly Implementation Meeting is “to assess the implementation of economic and environmental commitments by the OSCE participating States and to identify priorities for future work”.

The Economic and Environmental Committee is a subsidiary body of the Permanent Council and meets on a monthly basis.

All these fora are supported by the Secretariat of the OSCE. The Office of the Co-ordinator of OSCE Economic and Environmental Activities (OCEEA) furthermore supports a wide range of environmental projects and activities, concerning for example thesustainable use of water, energy security, climate change and management of hazardous waste.

The network of 60 Aarhus Centers promotes public participation in environmental decision-making. The environmental activities of the OSCE take place in close cooperation with relevant UN organisations (UNDP, UNEP and UNECE) and the Regional Environmental Centre for Central and Eastern Europe (REC). The OSCE has found a niche here, in particular thanks to its presence in the field.

What has been accomplished so far?

The OSCE Secretariat is doing a good job by advising and assisting countries. It also plays a useful role by preparing fora, and inviting interesting speakers.

However, due to its limited means, the contribution of the Secretariat cannot be more than a drop in the ocean. Fighting the threats of environmental pollution and climate change are tasks of such a magnitude that they cannot be delegated to a secretariat, but have to be addressed by the states themselves.

The above-mentioned fora could in principle be used for a result-oriented dialogue about these matters, like the CSCE/OSCE did with regard to arms control and confidence-building measures. However, so far, this dialogue has not been very result-oriented. The summaries of the annual Forum present a picture of interesting, but non-committal exchanges of views.

Such exchanges do not attract policy makers that want to make progress. As a consequence, a relatively large number of States are sending passive observers rather than active participants.The yearly Implementation Meetings could, in principle, play a crucial role in peer-reviewing the efforts of the participating States to address environmental challenges. However, there is little evidence that the meetings indeed play that role.

The Economic and Environmental Committee is no exception. Itsmeetings are well-prepared (at least by the Secretariat) and interesting. However, result-oriented discussions are rare and discussions on concrete follow-up seldom take place.

Pollution and climate change are a clear and present danger for the security of all OSCE participating States, but so far very few states have sufficiently risen to this challenge. The OSCE has great potential to fulfil an important role here. The mandate exists and there is an organisational structure that can be used. What we are waiting for are participating States that take up the challenge to explore and develop this role. The OSCE Network of Think Tanks and Academic Institutions could be asked to help explore the role that the OSCE might play in this field.

[2]Figures differ inter alia because different calculation methods are used. The WHO estimated that in 2012 outdoor air pollution caused over 500,000 premature deaths in the region (which includes all OSCE participating States with the exception of Canada. Mongolia and the United States) and indoor pollution killed another 100,000 (https://www.unece.org/fileadmin/DAM/Media_Factsheet_-_GEO-6_Assessment_for_the_pan-European_region_FINAL.pdf). According to more recent estimates, in 2016,556 000 deaths in European countries and 96 000 deaths in Canada and the US were attributable to air pollution. See: https://www.who.int/airpollution/data/AP_joint_effect_BoD_results_May2018.pdf?ua=1

[3]The European Environment Agency (EEA) states on its website that “there is a growing contribution of long-distance transport of air pollutants to Europe from other countries in the northern hemisphere”. See: https://www.eea.europa.eu/themes/air/intro

*Barend ter Haar retired from the Dutch Foreign Service in 2013. He is currently Senior Visiting Research Fellow at the Netherlands Institute of International Relations ‘Clingendael’.