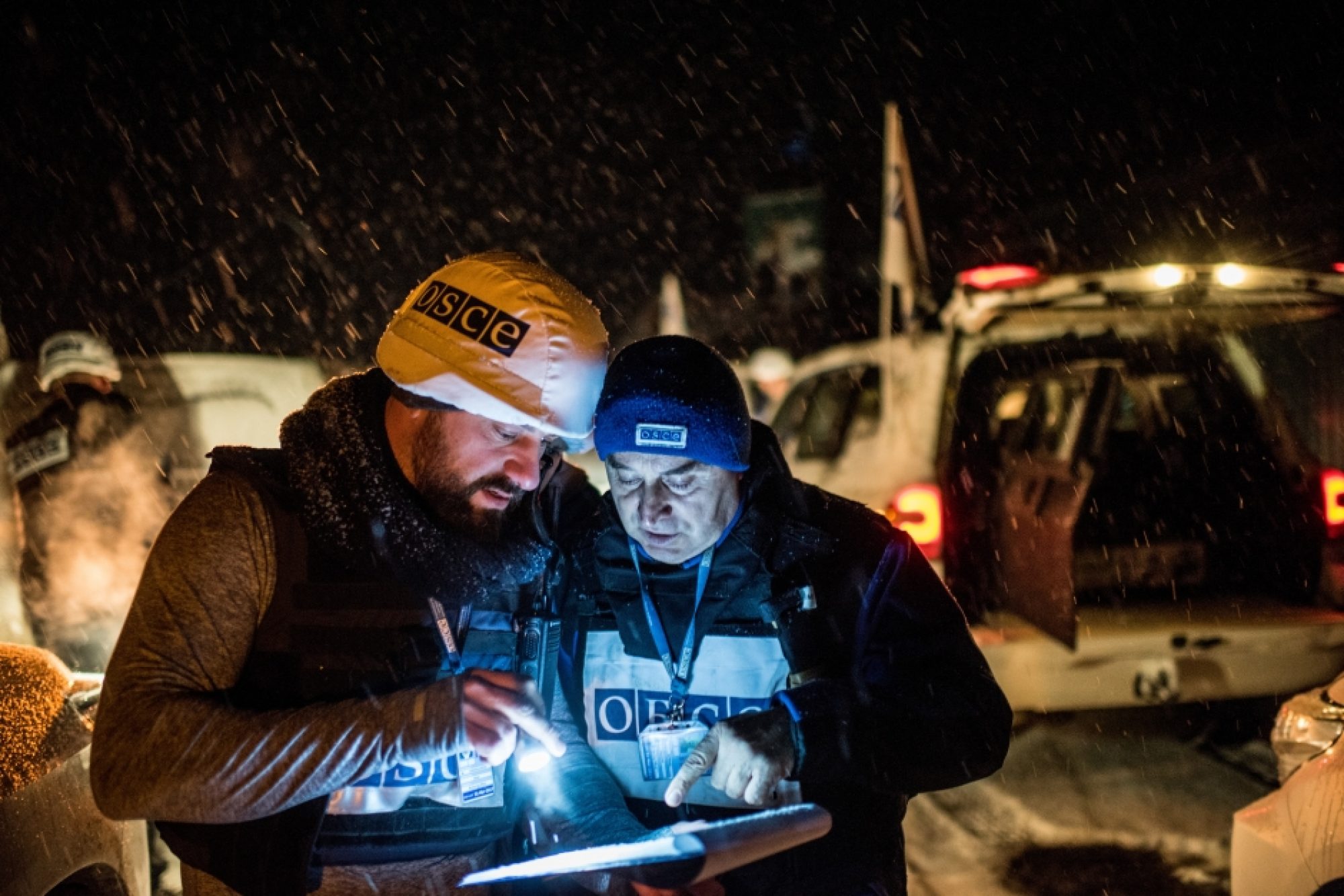 A UN Peacekeeping Mission for Eastern Ukraine: A Viable Proposal?

Proposals for an armed mission in eastern Ukraine have been floated several times over the past three years, predominantly by Ukrainian President Petro Poroshenko. The issue was raised primarily in the context of ensuring the security of local elections, to be held in Donbas. (See previous article on this topic here). Yet, Russia mostly ignored or rejected such proposals, but also made statements in support of arming OSCE monitors, for example at a news conference in April 2016. The West, for its part, continued to call for a focus on implementing the Minsk Agreements instead.

It therefore came as a surprise when President Putin announced on 5 September in Xiamen, China, that he was in favour of an armed United Nations (UN) Peacekeeping Mission, to be deployed along the line of contact in eastern Ukraine for a duration of six months. President Putin emphasised that the UN mission should mainly provide security to OSCE civilian monitors. He also said that the UN Peacekeeping Mission should only be deployed after disengagement of forces and removal of heavy equipment and after “direct contact” with representatives of the self-proclaimed Donetsk People’s Republic and Lugansk People’s Republic. The Russian proposal has been officially submitted to the UN Security Council.

During a telephone conversation with German Chancellor Angela Merkel on 11 September, Putin apparently softened his stance with regard to the area of deployment of such a UN Peacekeeping Mission. He expressed support for it to be deployed throughout all of Donbas and not just along the line of contact.

German Foreign Minister Sigmar Gabriel cautiously welcomed the Russian proposal for an armed UN Peacekeeping Mission and added that it should be used as an opportunity to engage in dialogue about the ceasefire and possible easing of sanctions.

The United States also cautiously welcomed the proposal, with Special Representative for the Ukraine Negotiations, Kurt Volker, stating that the proposal would give negotiators more ideas with which to seek a resolution to the conflict. It was seen as a useful opening for further engagement.

Ukrainian President Petro Poroshenko in his address to the 72nd UN General Assembly on 20 September expressed support for “a full-fledged UN Peacekeeping Operation” as the only viable solution. “That is why the peacekeeping mandate should cover the entire occupied territory, including the Ukrainian-Russian state border,” Poroshenko elaborated. Ukraine apparently has a proposal for such an operation, although it has not yet been officially tabled.

In his address to the UN General Assembly, OSCE Chairperson-in-Office, Austrian Foreign Minister Sebastian Kurz welcomed discussions in the Security Council to increase the security of OSCE monitors, possibly by means of an armed UN Peacekeeping Operation. “More safety for monitors means more monitors on the ground, and more monitors on the ground means more security for the local population,” Kurz explained.

Hence, calls have become louder to engage in discussions on the Russian proposal and to suggest amendments to it in order to help ensure peace in Ukraine. Experts argue that first, such a UN Peacekeeping Mission would have to be deployed throughout the entire area of Donbas, not just along the line of contact. Second, its main aim should be to advance the implementation of the Minsk Agreements, and to promote the ceasefire as well as the withdrawal of heavy weapons. One of the key principles of the UN Peacekeeping Mission should be a clear link to the political solution, as outlined by the Minsk Agreements. Third, experts hold that the UN Peacekeeping Mission’s duration should be longer than six months in order for it to have a meaningful impact.

In addition to the expert points above, there is another question that remains to be asked. Will a UN Peacekeeping Mission, equipped with small arms and light weapons, actually help to increase security of civilian OSCE monitors?

One possible danger is that an armed presence in eastern Ukraine could actually trigger increased hostilities. Neither the Ukrainian population nor rebel leaders in eastern Ukraine are likely to be able to differentiate between the civilian, unarmed OSCE monitors and the armed UN Peacekeepers. This could lead to a situation where civilian OSCE monitors could become potential targets and thus their security be further compromised.

It also has to be noted that UN Peacekeepers, equipped with small arms and light weapons, will not be in a position to protect against the risk of exploding mines. This security risk will remain in place as long as the sides are not removing the mines. Therefore, any future peace operation would need a significant mine action component.

It is also difficult to imagine how UN Peacekeepers, equipped with small arms and light weapons, will be in a position to defend themselves from fire from heavy weapons. Hence, it seems one of the best ways to ensure security for OSCE civilian monitors (or any future UN Peacekeeping Mission) will be the respect for their mandate.

Finally, at a time when at least two Permanent Members of the UN Security Council are calling for cuts to the UN peacekeeping budget, would there be support for such a large operation? Where would the troops come from? How would the OSCE Special Monitoring Mission (SMM) fit into the chain of command? Would the force be a Chapter VII operation, meaning that it could also carry out peace enforcement – is that even realistic in an environment with so many heavy weapons?

In short, any initiative to protect the OSCE civilian monitors should be welcomed. However, the devil lies in the details. While the proposal should not be rejected outright, it will require a lot more discussion and clarification. The proposal provides opportunity to enhance dialogue and to look for creative new approaches to de-escalating tensions and to establishing a durable ceasefire in eastern Ukraine.