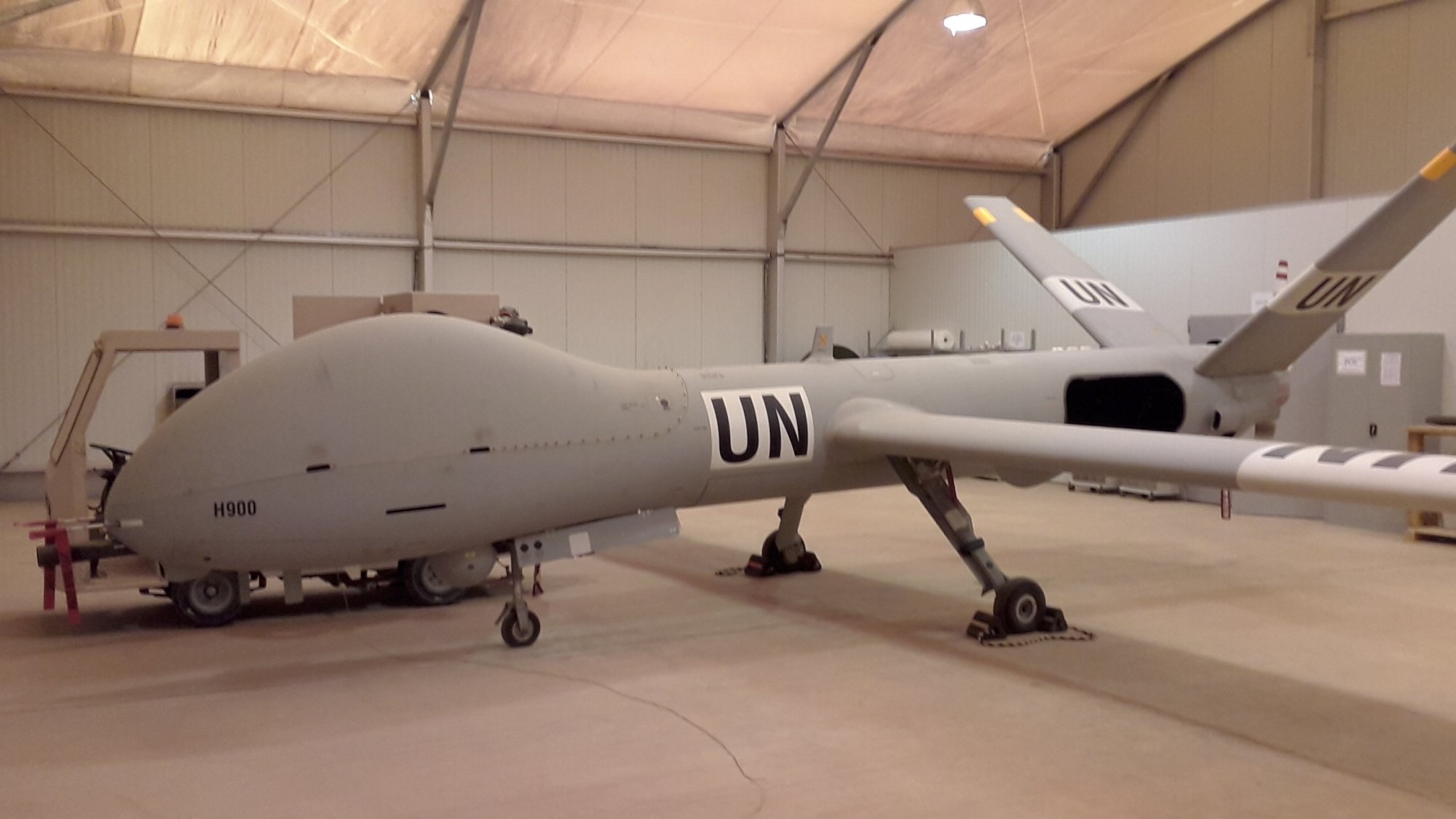 The entire world is currently facing stringent restrictions on human movement because of the social distancing measures required to combat COVID-19. This is also the case for the peace operations of the United Nations (UN) and the OSCE.

The regular rotations of UN peacekeepers into and out of field missions have been placed on hold for several months, and the establishment of new UN missions has been postponed. The movement of peacekeepers on the ground is also restricted, even to the point of curfew in some missions. This is not only due to COVID-19 lockdown measures, but also in part to the “stigmatization” of certain peacekeepers coming from Asian and European countries, where the virus was first identified or where it spread quickly.

During the current coronavirus pandemic, the UN is struggling to prioritize the core functions of its peace operations, such as protection of civilians, protection of key infrastructure, humanitarian assistance, and support to the host state and local authorities. Therefore, the UN has stepped up its use of online means to communicate within the mission and with local populations. For example, UN missions have been warning people in rural areas about the virus through radio stations in the Democratic Republic of the Congo, Central African Republic, Mali and South Sudan.

In the OSCE Special Monitoring Mission to Ukraine (SMM), field personnel are facing increasing hardship in conducting their monitoring and verification work due to COVID-19. Monitors have been prevented from crossing the line of contact by “members of the armed formations”, who cited quarantine restrictions, among other reasons. Furthermore, the mission has provided monitors with the option of repatriating back home, leading to decreased SMM coverage of the conflict area. This is happening only a few months after leaders at the Normandy Summit requested the mission to conduct 24/7 monitoring, which led to an eventual SMM budget increase of 8%.

While activities such as patrols of the conflict areas are reduced, technology is helping to fill the gap. In this article, we review these technologies.

Monitoring at a distance

Because conflict areas are inherently dangerous, including due to diseases like COVID-19, the UN and the OSCE SMM have deployed some sophisticated tools for remote monitoring. These also help overcome the challenge of distance, as the tools can get to places faster than human monitors, while observing larger areas, for example from the air.

Technology can also help to overcome the challenges of denied entry, dull work (which machines can do better), and dirty conditions, including hazardous, demeaning or traumatic conditions for humans, as found in landmine-infested areas, where drones can help identify minefields. These situations can be referred to as the 5Ds: dangerous, distant, denied, dull and dirty.

To overcome the 5Ds, the UN has gradually introduced at least three important technological tools over the past decade for monitoring at a distance: satellites for same-day imagery (through external service providers), unmanned aerial vehicles (UAVs, purchased or as a contracted service), and ground-based remote cameras (usually purchased). The UN can thus observe remotely from outer space, the air or the ground to monitor hotspots, even in times of a health crisis.

When it comes to the OSCE, the SMM was comparatively quick at employing all three types of monitoring technology, just after its establishment in 2014. While not initially possessing in-house experience, the SMM rapidly learned how to adapt available technologies to report ceasefire violations, and to discover the presence of forbidden military hardware and personnel.

The SMM was able to purchase and fly UAVs just six months after the mission’s establishment in March 2014. Over time, its internal capacity increased significantly. After an 18-months hiatus in Spring 2018, long-range drones were re-deployed in Donbas, along with fixed night camera vision systems. Flying at night was technically more difficult, but it allowed the mission to conduct important new observations. By 2020, over 50 SMM monitors were employed to support the mid-range and long-range UAV flights. Furthermore, almost 30% of the SMM monitors (more than 200 out of 730) were trained to operate mini-UAVs.

The UN’s deployment of UAVs began in 2013 with the first UAV serving as a mission asset in the Democratic Republic of the Congo. Though the taskings were determined by the UN force, the UAVs themselves were flown by a contractor. The system helped with rescue missions, route planning, and UN enforcement action against rebel groups. The cameras onboard the UAVs were supplemented by handheld high-power cameras flown on helicopters.

Ground cameras were also set up in hotspots by the United Nations Peacekeeping Force in Cyprus after the force was obliged to reduce its size from 1,200 to 860 troops in 2005. Half a dozen observation posts, formerly manned 24/7, were replaced with cameras, thus reducing the cost as well as the number of required personnel. The camera system was expanded further over the years. At the same time, the mission sought to increase the response capability through the concept of “mobility with concentration”, meaning that rapid response units were on standby in case of major ceasefire violations.

In the SMM, fixed cameras were set up to monitor hotspots 24/7. This was deemed essential because of the human hardship of monitoring heavily mined places at night. It also became necessary because the SMM would probably not have been able to prevent an impromptu attack on monitors at night, even though the mission maintains constant lines of communication with the armed forces.

The watch officers controlling the cameras in eastern Ukraine sit far away in the capital, Kyiv. Interestingly, the SMM has not installed ground cameras at its own facilities but only at hotspots, i.e. particularly kinetic locations, where monitors would be exposed to excessive risks.

This is done differently at the UN, where most fixed cameras are used for the security of its own bases and buildings, with the exception of the hotspot cameras in Cyprus and the Central African Republic.

In addition to satellites, UAVs and cameras, UN and OSCE field missions also make ample use of personal protective equipment, such as flak jackets and helmets, and more recently medical masks. Monitors may also be provided with gas masks when patrolling close to dangerous sites, such as the Donetsk Filtration Station, which houses a chlorine storage facility.

They also make use of standard communication equipment: VHF radios (handheld radios that allow monitors to remain in contact during foot patrols), HF radios (onboard SMM vehicles), satellite phones, and binoculars. In some UN missions, other equipment like handheld night vision binoculars are also employed.

In addition, the UN’s technologically advanced countries bring in sophisticated technologies for their own contingents. They include radars onboard ships off the coast of Lebanon, as well as counter-artillery radars in Mali to warn of incoming rockets and mortar fire.

The technology to analyze the incoming information in UN and OSCE missions is in slow but constant progress, though certainly not at the cutting edge of industry methods. The UN carried out a successful pilot project of its UniteAware software in the Central African Republic. The software incorporates an event/incident database, a vehicle tracking system (based on HF/VHF radios) and a patrol planning tool into one single platform. More features are to be added over time.

Similarly, in the SMM, satellite and UAV imagery are being progressively integrated within a recently developed Enterprise Geographic Information System (EGIS). The EGIS is a platform for SMM monitors that integrates various sources of information, including patrol reports, UAV and camera footage, and satellite analyses, into specific information products to increase the awareness of the situation on the ground.

In the unravelling COVID-19 crisis, the OSCE SMM has also benefited from the analytical work conducted by EU Satcen for satellite imagery. In addition, a heavier reliance on UAVs and cameras, coupled with medical protocols, has allowed the SMM to “facilitate operations of critical infrastructure, for provision of water, gas, electricity and Internet access”.

We believe that the UN and OSCE should explore an increased use of technology, especially in these extraordinary times and circumstances. During the coronavirus pandemic, the existing technologies have stood the test as the right tools to allow peace operations to avoid shutting down essential peace activities. Peace must still be kept, even in times of a health crisis. Indeed, peace is essential for lasting and effective responses to COVID-19. And technology helps provide solutions to both peace and health challenges.

*Dr .Walter Dorn is a professor at the Royal Military College of Canada, where his teaching includes both the United Nations and peace operations. He is also a consultant with the UN’s Office of Communications and Information Technology. More about Walter Dorn’s work can be found at https://walterdorn.net.

*Cono Giardullo is an Associate Fellow with the Istituto Affari Internazionali in Rome.