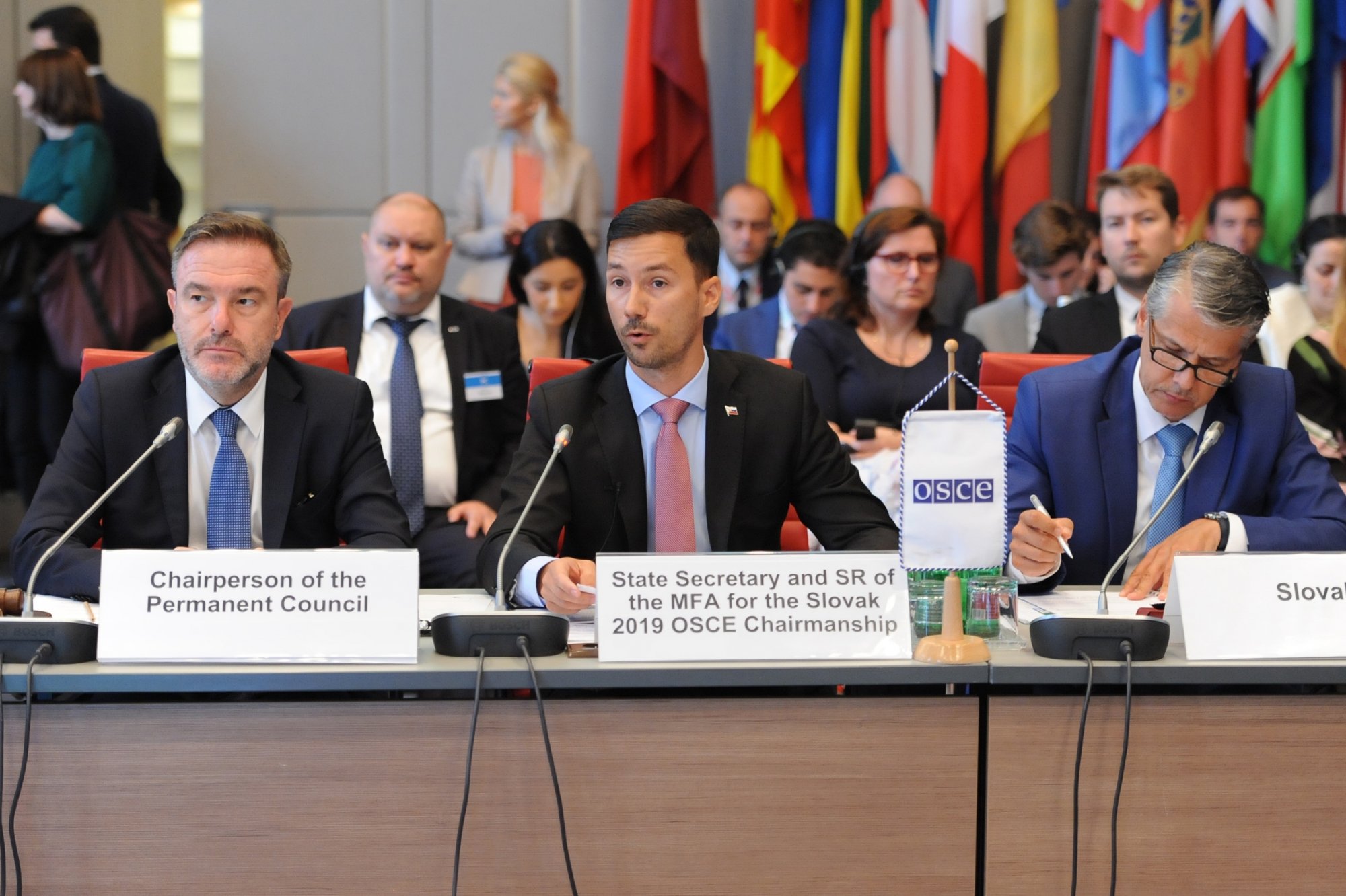 The upcoming Slovak OSCE Chairmanship wants to strengthen multilateralism and make full use of the multilateral toolbox in order to address changes to the rules-based international order, Slovakia’s Foreign and European Affairs State Secretary Lukáš Parízek told the OSCE Permanent Council on Thursday.

“Our multilateral institutions were built for people, not for politicians and not for diplomats,” Parízek stressed, adding that “if we lose sight of that, we lose sight of our overall mission”. He also underscored the importance of prevention in this context. “Let us be frank, prevention is hard work. It does not make the headlines and often takes place behind the scenes,” he said.

Parízek said that dialogue was the most effective instrument of multilateralism noting that the OSCE Structured Dialogue had an important role to play in this regard. “The Structured Dialogue offers a platform for exchange on threat perceptions, transparency, cooperation as well as a possible way forward to foster a greater understating on these issues,” he stated.

He also said that Slovakia would strive to support the existing negotiation formats on the protracted conflicts in the OSCE area, including the 5+2 talks on Transdniestria, the Geneva International Discussions on Georgia as well as the Minsk Group on Nagorno-Karabakh.

He placed special emphasis on the conflict in and around Ukraine and said that the Special Monitoring Mission proved the ability and willingness of participating States to find consensus swiftly when fundamental principles were at stake.

He also referred to his recent visit to the line of contact in Ukraine. “I have witnessed the consequences of political inaction and their impact on those who have nothing to do with the conflict, or the politics behind it,” Parízek stressed.

Parízek also underlined the importance of combating transnational threats such as violent extremism and radicalization that lead to terrorism (VERLT) and cyber threats.

He also noted the significance of the economic and environmental dimension and said that Slovakia would focus on improving economic connectivity, supporting energy network protection from natural and man-made disasters, and enhancing water management.

In addition, Parízek said that it was of fundamental importance to defend the human dimension of the OSCE, which is increasingly under pressure. “Understanding the importance of topics such as non-governmental institutions, national minorities, Roma and Sinti, or freedom of the media and security of journalists, our Chairmanship will aim at bringing relevant topics for an open discussion in close cooperation with OSCE institutions,” he emphasised.

“A Chairmanship can assist and facilitate, mediate and moderate, support and defend, but it cannot replace the political will of the participating States,” Parízek concluded his address to the OSCE Permanent Council.