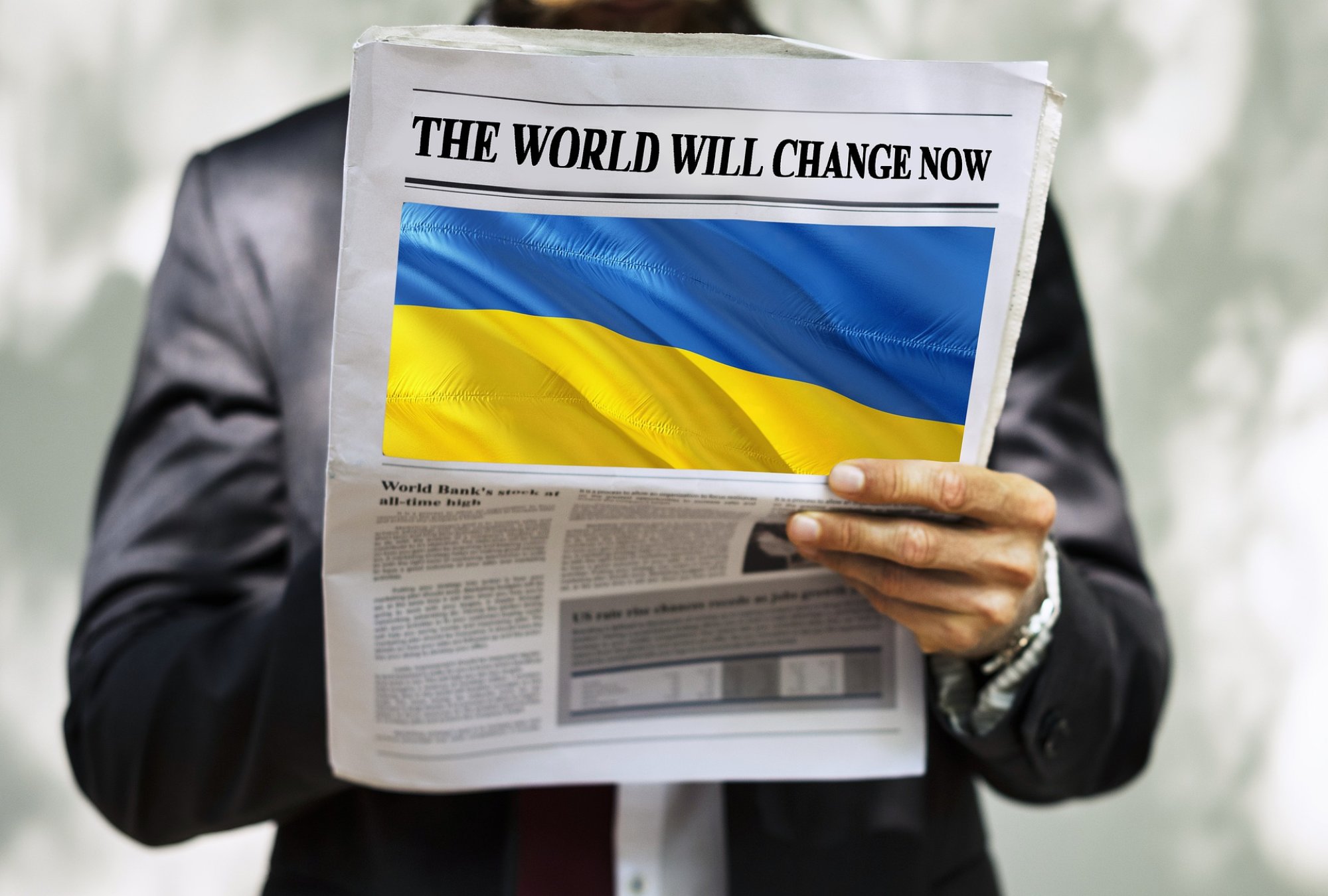 Six steps towards peace in Ukraine

The Russian military assault on Ukraine constitutes the biggest breakdown of Euro-Atlantic security since the Second World War. There is a lot of strategic forecasting about how the war may evolve, but there are less articles about how to make peace. Meanwhile, diplomatic activity in a variety of forms is intensifying. Leaders are looking for solutions. Creativity and courage are needed.

Considering the military realities, a full Ukrainian military victory and a simple Russian retreat seem unlikely, despite the heroic performance of the Ukrainian army. Alternatively, a Russian victory now appears only possible at extremely high human and material costs as well as high risks of ecological disaster. Furthermore, “victory” would most likely be followed by a brutal and protracted guerilla war on Ukrainian territory with a danger of spill-over and terrorist attacks. In this scenario, the relationship between Russia and the West would be destroyed for generations and would bring with it the constant danger of further escalation, including the use of nuclear weapons.

Therefore, the search for a diplomatic solution to the conflict should be urgently intensified, with the threefold goal to preserve Ukrainian independence and territorial integrity, provide an “off-ramp” to Russia to stop its offensive, and to rebuild peace in the region by crafting a security arrangement that provides all parties, including Russia and Ukraine, with a sense of security. Such a negotiated solution is still possible; indeed it is highly urgent. No solution will be ideal, but clearly we are not living in an ideal world. Some of the suggestions may be unpopular, but better an imperfect peace than a deadly war in a nuclear age.

At this point in the conflict, we believe that policymakers could explore possibilities for progress in these six areas.

At the moment, consultations are going on mostly bilaterally, but institutional, formalized facilitation seems to be absent. It may well be that both sides are wary of external “interference”, but this crisis has already become internationalized, and the international community has a stake in stopping the fighting. Therefore, it would seem both logical and urgent for either the UN Secretary General or the Chairman-in-Office of the Organization for Security and Cooperation in Europe (OSCE) to use their good offices, explore the possibility of a global contact group and offer to put a team of experienced facilitators and diplomats at the disposal of the parties. The institution is less important than having a credible, respected, and effective intermediary. Any mediator – including China – that can help bring peace should be welcome.

The first priority of these efforts should be to stop the fighting. In the short-term, they could at least enable the opening of humanitarian corridors and demilitarization around critical infrastructure like nuclear power stations and water filtration stations. Such a set-up could also facilitate the creation of direct channels of communication between the Russian and Ukrainian militaries, not least to negotiate local cease-fire arrangements. Such talks could create enough time and openings to negotiate a more comprehensive cessation of hostilities. In the meantime, local cease-fires could be monitored by the international community, like the OSCE Special Monitoring Mission (SMM) in Ukraine (if its mandate is renewed at the end of March) as well as the International Committee of the Red Cross.

In a next step, this could open a wider discussion on peace in Ukraine, with a cessation of armed hostilities as a precondition. Mediation efforts should then begin in earnest in a safe location (not on the border with Belarus) to hammer out an agreement along the following lines:

2. A clear path to EU membership for Ukraine

This is one measure that would have been largely unthinkable before the Russian assault but could be on the agenda now. European solidarity with Ukraine is now such that populations would support such a move, and the European Parliament has (symbolically) already voted in favor.

Obviously, this would be a very difficult process, given the massive efforts of economic and administrative reform Ukraine would have to undertake at unprecedented speed and depth. As well, the record of the EU of making promises of membership with the main goal of pacifying conflicts and then not following up on their promises as in the Western Balkans is abysmal. Clearly, Ukraine would have to live up to the EU acquis, and the EU would have to maintain its leverage in order to ensure reforms. But Ukraine needs and deserves an EU perspective with clear benchmarks and deadlines. To ensure such a process, the EU Council could adapt its rules: instead of requiring a Council decision for every step of the accession process, this could be reversed: a qualified majority of EU member states would need to vote to delay the process – in case Ukrainian reform efforts have lagged significantly or in case other major unforeseen developments occur. The same model could be applied to the Western Balkans.

Such a serious promise of a fair EU accession process would be a strong and unprecedented incentive for Ukraine to accept the other provisions of any peace plan. In terms of the Russian position, accepting this point would be a test case, if their purported concerns about their own security were in fact sincere or whether their actions against Ukraine are in fact rooted in a different motivation.

3. A sui-generis security arrangement for Ukraine

In retrospect, the prospect of Ukraine joining NATO did not seem very realistic, nor did it enhance Ukraine’s security – on the contrary. While the word “neutral” has become toxic in Western capitals and Kyiv, the prospect of joining NATO is a red line for Russia. Yes, every country is free to choose or change its security arrangements, but alliances also have a choice to decide who joins them. And states should not strengthen their security at the expense of others – which is how Moscow reads attempts by its neighbors to join NATO.

Therefore, for the foreseeable future the prospect of Ukraine joining NATO could be off the table and this could be legally stipulated by both Ukraine and NATO. Instead, a sui-generis, non-aligned security arrangement for Ukraine could be explored. Such an arrangement needs to protect Ukraine’s sovereignty, but also reduce Russia’s professed security dilemma. This would certainly also have to include a clause that prohibits the deployment of certain types of armaments on Ukraine’s territory.

We are aware that this would be a bitter pill to swallow for the Ukrainian leadership, but in combination with point 4 it would be effective for the restoration of peace as well as for the preservation of the Ukrainian as well as Russian sense of security.

Maintaining Ukraine’s sovereignty without being part of a military alliance would require security guarantees modelled after Article 5 of the NATO treaty. At some point these security assurances or guarantees should be endorsed by the UN Security Council acting under Chapter VII, thus providing a stronger guarantee than the Budapest Memorandum. It should be noted that the Ukrainian leadership has already signaled their readiness to discuss alternative security guarantees, instead of NATO membership. What security guarantees is Russia willing to provide on its side?

The Minsk agreements, which include several provisions on Ukrainian constitutional reform and the establishment of a type of autonomy for parts of Donetsk and Luhansk regions, could be replaced by Ukrainian obligations to amend its legislation in line with the highest international standards of minority protection, including a certain type of autonomy for people in the Donetsk and Luhansk regions, as well as protective provisions for the status of the Russian language in Ukraine.

An international monitoring and assistance mechanism for this could be explored. At the same time, any of these provisions should stipulate clearly that these two regions will not be able to hold the whole of Ukraine hostage in its path towards a European orientation.

For a stable settlement, the status of Crimea would also have to be addressed. Ukraine would, under any circumstance, uphold its legitimate claim to sovereignty over Crimea, and the West should support this claim, but at the same time explore a temporary de-facto acceptance of the status quo.

This could enable a normalization of regional economic and people-to-people relations, and could be modelled after the non-recognition, but acceptance, of the inclusion of the Baltic States into the Soviet Union during the Cold War, or after the acceptance – without recognition – of the existence of the GDR by the Federal Republic of Germany.

None of these choices will be attractive to all sides, but neither is the current situation on the ground nor the implications of a longer and wider war in Europe. Moreover, it will certainly be unpalatable for the West to engage in any type of new arrangement with President Putin, especially as he is increasingly being regarded as a war criminal. Yet, a departure of Putin does not seem to be imminent and diplomatic action is required now.

Point 3 will be hard for Kyiv to engage, while point 2 has been a red line for Moscow. Point 6 has been strongly resisted by Kyiv and its Western allies, but will require some constructive ambiguity while the rest of Ukraine can rebuild itself in peace.

Exploring these six paths could restore peace and give an unprecedented chance to Ukraine for European integration, while making it clear at the same time that this course does not pose a security challenge to Russia. What is urgently needed is leadership, mediation, imagination, and compromise. In the medium-term, a process should also be initiated to have a wider dialogue on European security, including on arms control, confidence- and security-building measures, and achieving at a minimum peaceful coexistence between Russia and the West on the basis of commonly agreed principles. And all parties should engage in good faith.

One may disagree with many of these ideas or argue that such thinking is premature. But the day will come – hopefully sooner rather than later – that it will be time to talk of peace. As neighbors, Ukraine and Russia, as well as Russia and the West, will have to find a way to live with each other.

Wolfgang Sporrer is an Adjunct Professor for conflict management at the Hertie School in Berlin.

Walter Kemp is the author of Security Through Co-operation: To the Same End