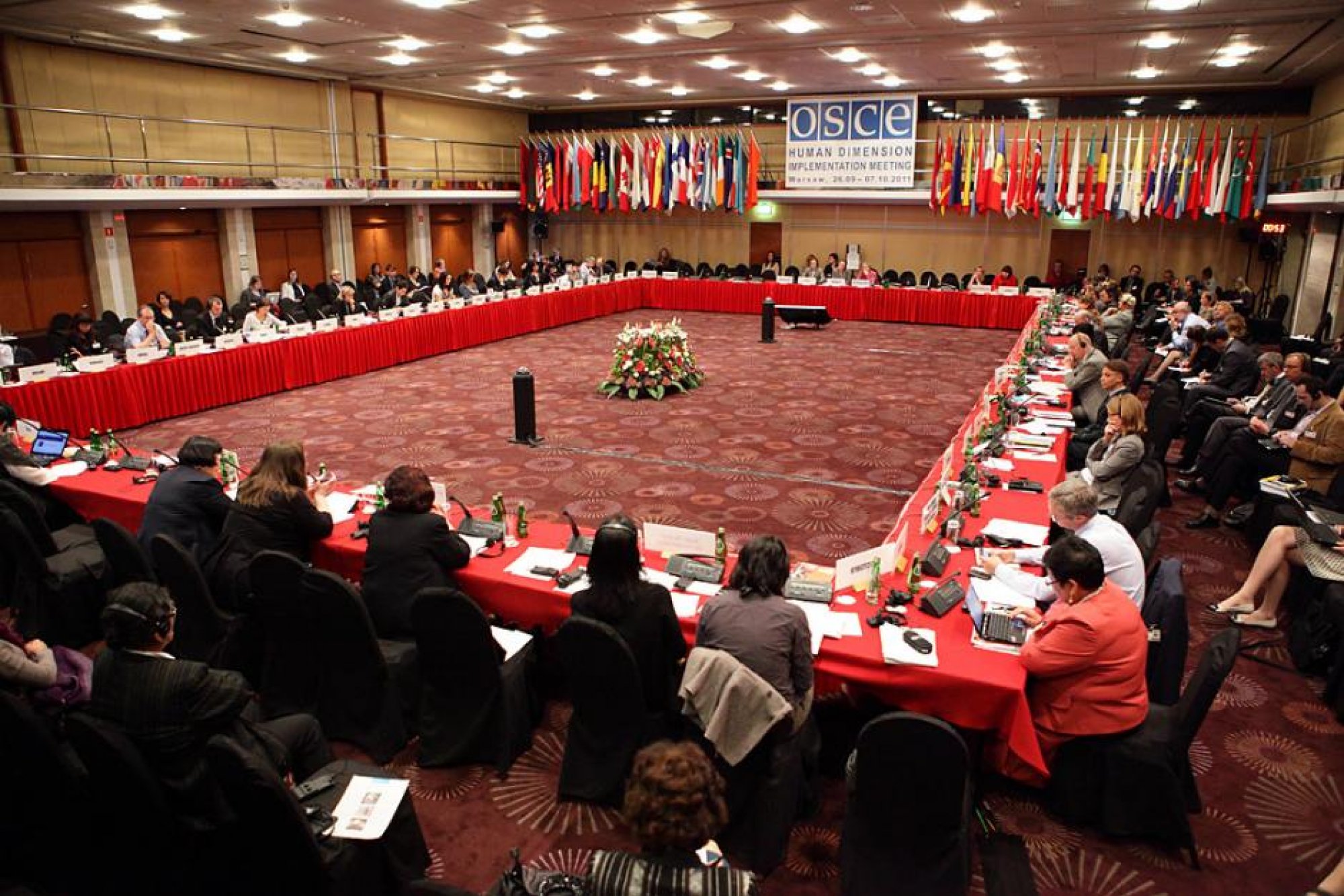 Russia is blocking Europe’s largest human rights conference according to OSCE diplomats in Vienna. The OSCE Human Dimension Implementation Meeting (HDIM) requires a consensus decision to take place, and Russia is withholding its consent, stopping the event from taking place.

Sweden—the current OSCE Chair—held intensive negotiations throughout the summer to try and hammer out an agreement. But at the OSCE Permanent Council meeting on 30 August, Russia continued to oppose holding the HDIM, diplomats say.

The end of August was considered the last possible date to find an agreement in order to initiate timely planning and organization of the conference by the Warsaw-based OSCE Office for Democratic Institutions and Human Rights (ODIHR).

Swedish Foreign Minister Ann Linde said on Twitter that she regretted that there was “no consensus to hold this year’s OSCE HDIM as planned, despite long and intensive negotiations”. “Sweden will continue to work tirelessly to uphold our common commitments,” she continued. Linde added that her own commitment to the OSCE human dimension, as the OSCE Chairperson-in-Office, remained “strong”.

Furthermore, all EU member states as well as eleven other states expressed deep regret over the failure to hold the meeting in its usual format. They considered the proposals by the Swedish OSCE Chair as “a good and fair balance of the different positions expressed by the participating States”. “We deeply regret that the flexibility, constructiveness, and good faith that we have shown have not been reciprocated by the Russian Federation,” they said in their statement.

The joint statement was delivered at the OSCE Permanent Council meeting on 30 August by the Ambassador of the Netherlands to the OSCE on behalf of the EU and all its member states as well as eleven other states, including Albania, Canada, Georgia, Iceland, Moldova, Montenegro, North Macedonia, Norway, Ukraine, the United Kingdom and the United States.

SHR Monitor also reached out to the Russian OSCE mission for comment. Moscow’s main concern are the “regular outbursts of neo-Nazism in some OSCE participating States”, the Russian OSCE mission told SHR Monitor. “Thus, we insist on including the topic of preventing neo-Nazism in the HDIM’s agenda of 2021. But unfortunately, consensus was not reached so far due to the opposition from certain States to this demand,” the statement said.

“As a result, the prospects of this event in Warsaw are dependent on the will of the participating States to stop the blame game and show solidarity in countering this common threat as well as many other ones,” the Russian statement concluded.

But western OSCE diplomats, who spoke on the condition of anonymity, insisted that there would have been several agenda items under which the topic of preventing neo-Nazism could have been discussed and raised at the HDIM.

Russia is also said to distort neo-Nazi influence in Ukraine and elsewhere to promote its own interests.

Several western OSCE diplomats also speculated that Moscow’s opposition to the HDIM could have something to do with the upcoming Duma elections in Russia, that are scheduled to take place on 17-19 September – a date that would have coincided with the HDIM, where Moscow would likely have had to face some criticism of its democratic and human rights record.

Earlier in August it also became known that the OSCE ODIHR will not be sending observers to the Russian Duma elections, due to “limitations imposed by Russian authorities”. “The insistence of the Russian authorities on limiting the number of observers we could send without any clear pandemic-related restrictions has unfortunately made today’s step unavoidable,” ODIHR Director Matteo Mecacci said in a statement on 4 August, in which he announced the decision not to send any election observers.

Russian Deputy Foreign Minister Alexander Grushko said in an interview with Russian newspaper Kommersant in August that Moscow had “fully complied with all the commitments that we assumed within the OSCE” concerning the “invitation of international observers”.