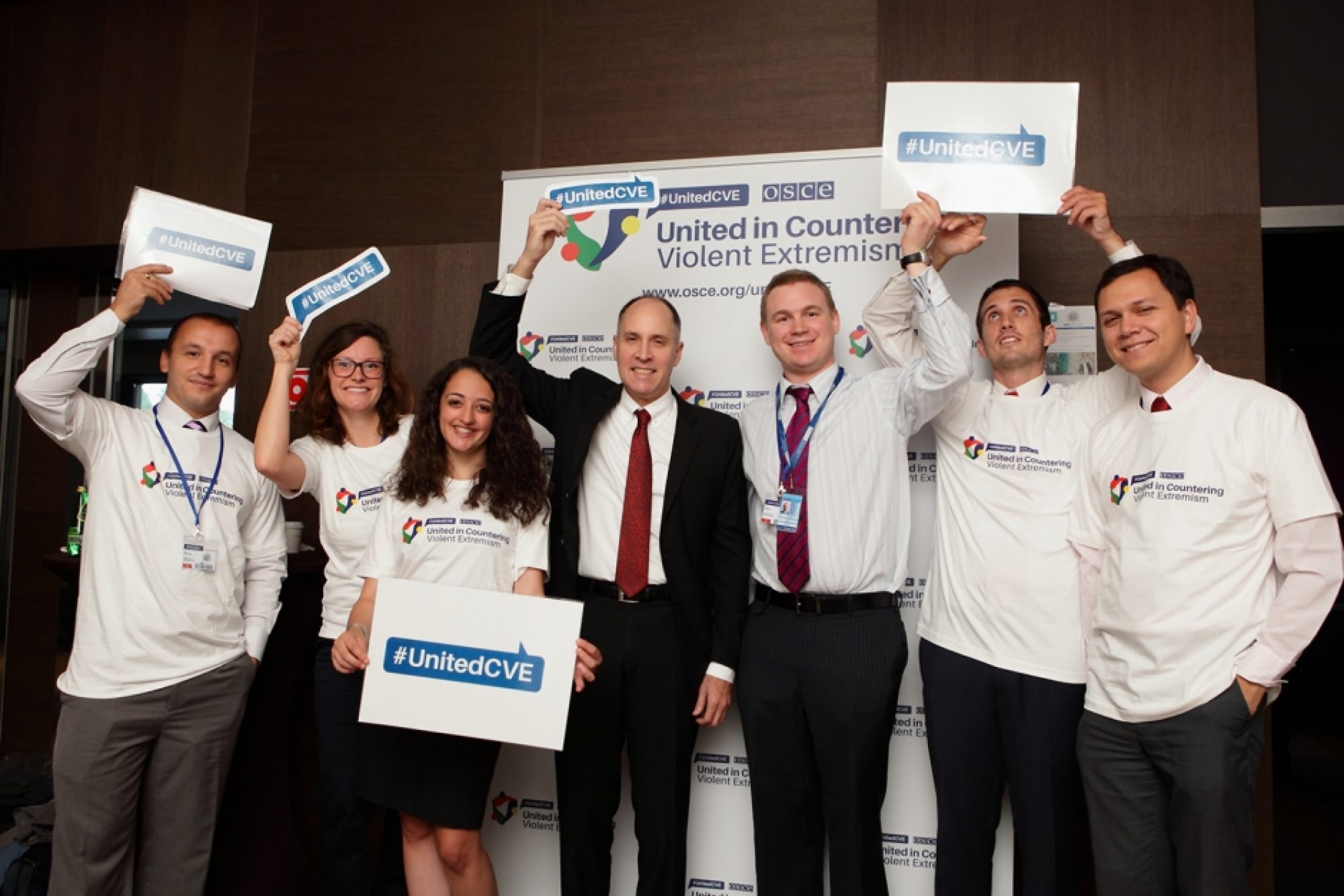 Reflections on Violent Extremism and Radicalization: Can Emotional Literacy be a Game Changer?

The issue of violent extremism and radicalization leading to terrorism (VERLT) is widely associated with (exclusively?) security and military contexts.[1] But to what degree do emotions play a role as well? Emotions are widely associated with notions such as ‘irrational’, ‘private’, ‘distractive’, and ‘inappropriate’. Such perceptions of emotions though seem to be incomplete. Consider the following examples:

“Groups like al-Qaida and ISIL exploit the anger that festers when people feel that injustice and corruption leave them with no chance of improving their lives,” Obama wrote in a 17 February 2015 commentary in the Los Angeles Times.

“The study examines eight different factors that occupy the minds of the French, including racism, poverty, health and delinquency. According to the article, fear of terrorism now ranks in second place behind unemployment.”

“In seeking respect within their communities, women “can demonstrate that they are just as dedicated and committee to the cause as men.”

“In Sri Lanka too there is evidence that some women turned to suicide bombing after they had been raped and wanted to end the shame to themselves and to their families.”

If we take a glimpse into the discourse around VERLT, we will notice that emotions are indeed worth examining. For example, emotions drive young people to engage as perpetrators. In addition, extremists’ propaganda counts on emotions and grievances of different audiences. Furthermore, emotional intelligence can be an effective approach in prevention and de-radicalization practices.

On becoming a violent extremist or how emotions fit in the big ‘WHY?’

What makes a young person end up as a suicide bomber, become a ‘jihadi bride’ or engage in vocalizing hate through violence? The most important question of all, when it comes to VERLT, on why and how people take this path is tightly linked with profiling – which has failed so far. While it’s absolutely certain that an answer to this question can’t be leaning on a ‘one size fit all’ approach, there have been some hypotheses taken often as axioms in mapping ‘WHYs’. For example, ignorance (lack of education) and unemployment and/or poverty have been proclaimed as factors associated with VERLT probability. Yet, a number of studies[2] indicate exactly the opposite. This leads us to the conclusion that perhaps certain factors which are in correlation with risk of VERLT are not taken into consideration.

To simplify: If there are two young individuals growing up in a same society with similar education level, similar background, similar family relationships (and note: regardless of what kind of society, education or background this is – focus is on the same/similar), basically having the same external factors surrounding them, same conditions they live in economically, socially, politically, where is the difference between the decision of one of them to slide into destructive behaviour such as VERLT and of the other who doesn’t? What are we missing?

Is it possible that some inner variable, such as emotional capacity to respond to external factors of risk in an adaptive way, could be a part of the explanation? I am strongly convinced it is.

Emotions working for, instead against us

Although there is no definite consensus on the perception of emotional literacy (or emotional intelligence as a more popular term), the concept is usually explained along the lines of understanding emotions of one self and of others and their (mal)adaptive ways of manifesting and making emotions work for one and not against one.

One of the emotional literacy (EL) angles worth mentioning is certainly related to cognitive challenging of irrational convictions we all have, which are, as a starting point in thinking – influencing our perception and interpretation of stimuli, which will then consequently determine which emotions will be felt and in which ways they will be manifested toward self and others. EL can help one understand emotions such as sadness, envy, hate; it can offer adaptive ways to express anger (which is not necessarily ‘bad’) and practical methods to reflect on origins of boredom; it can unwrap connections between thinking, feeling and acting; it can put more light into manipulation and psychological games people play; it can empower individuals to obtain more control over their own decisions and life, while respecting the decisions of others.

Interestingly enough, emotionally literate people seem to also have more tolerance toward others, accepting that our frames of reference or perceptions of the world may differ. The concept, as taught through transactional analysis[3], is very much based on the core assumption that all people have the capacity to think and therefore also to change, striving toward a life position of ‘I am ok, you are ok’ – which is the basis of being able to internally embrace the societal concept of human rights. Hence, acceptance comes from within because one understands, not because it is a rule to be followed.

Beside this aspect, practising emotional literacy in working with other people can often be efficient beyond offering counter-arguments verbally. Meaning, empathy and active listening can foster emotions of respect, of belonging, of acceptance – which is something every human being needs. Some good practice approaches, in the context of VERLT, also underline this fact, focusing on the development of personal story-telling and emotional intelligence[4].

Unlike cognitive intelligence, emotional literacy can be taught to a great deal, and often during our upbringing it is taught spontaneously, though we don’t name it in this way. But imagine if we all had an opportunity to learn at a young age that we don’t have to see the world as black and white, that feeling shame and embarrassment is a choice and not a must, that criticism can be constructive, that rejection is not a proof that one is worth less or that others are just mean. Would this world be at least slightly better?

Emotional literacy will solve all of our problems. Not.

Of course, oversimplifying is never a good idea. Therefore it’s clear that the answer to VERLT can’t be looked for exclusively in emotional literacy, neither in terms of prevention nor dealing with consequences. While it is absolutely clear that emotions are playing an important role in this context, it is yet to be defined and confirmed through qualitative, quantitative and especially longitudinal studies, in which concrete ways emotional literacy is (not) a game changer in dealing with VERLT as well as with other destructive behavioural patterns. Specifics of cultural and geographical factors must also be taken into consideration, as the predominantly western concept and terminology will most probably not work in the same way and produce the same results everywhere and for everyone.

Nevertheless, in countering VERLT, it is important to actually practice what we preach about the ‘comprehensive approach’ and about inclusiveness of various societal stakeholders in determining an effective national and international policy and measure. Having this in mind, I believe emotional literacy as a concept must be added to this context, as the powerful link between emotions and behaviours is unquestionable. Perhaps that’s what we were missing. O perhaps not. But it is certain that if the roads taken so far in protecting youth from VERLT did not lead us exactly where we aimed, it is worth re-assessing and trying out alternative routes.

[1] Consider in this context for example the Ministerial Declaration on Preventing and Countering Violent Extremism and Radicalization that lead to Terrorism’, adopted at the OSCE Ministerial Council, held in Belgrade on 3 and 4 December 2015 (MC.DOC/4/15).

[3] “Transactional analysis is a rational approach to understanding behaviour which is based on the assumption that everyone can learn to respect themselves, think for themselves, make their own decisions, and express emotions. Its principle can be applied at the worksite, at home, in classroom, neighbourhood – anywhere we can meet people” – Muriel James & Dorothy Jongeward

*Milena Stosic is a psychologist and Special Representative of the OSCE Chairmanship-in-Office on Youth and Security. stosic.m.milena@gmail.com, @stmilena