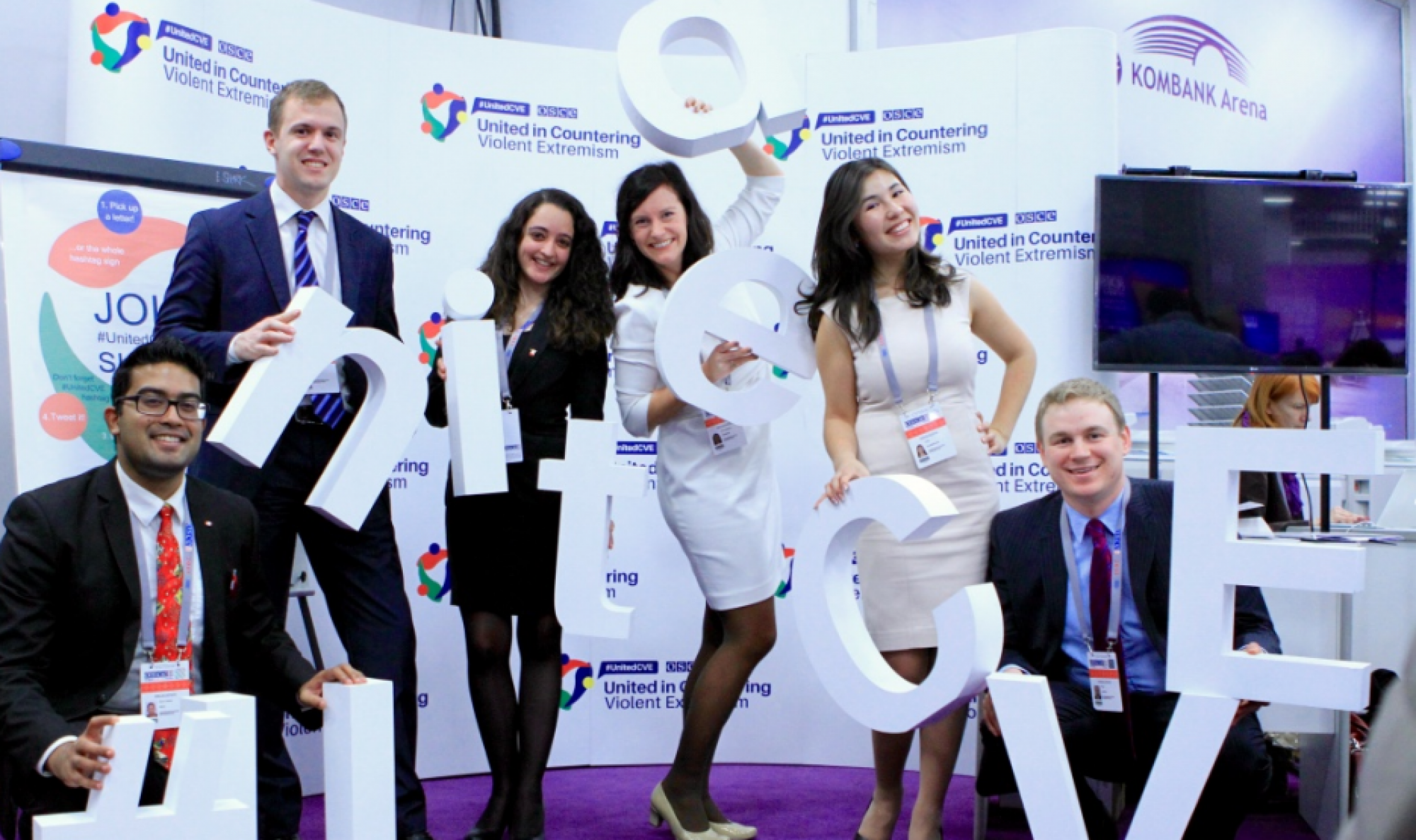 Working for Youth with Youth – Rejuvenating the OSCE

The slogan „Working for Youth with Youth” was not only the title of a conference on protecting youth against radicalisation, but could also be regarded as an unofficial leitmotif of the Serbian Chairmanship-in-Office (CiO) 2015. Serbia’s efforts to include a youth perspective in all its activities stem from relevant provisions of the Helsinki Final Act and stand in line with previous CiO commitments of inter alia Spain, Ukraine and – most recently – Switzerland. Germany, which is taking over the OSCE Chairmanship in 2016, is planning to continue the work of Switzerland and Serbia and put a special focus on youth.

In 2014, the Swiss CiO gathered Youth Ambassadors from all 57 participating States for the project “ModelOSCE – Youth for Security and Cooperation in Europe”. Through a process of negotiations, three live meetings and online engagement, the Youth Ambassadors adopted by consensus their “ModelOSCE Youth Action Plan” (YAP). The YAP comprises recommendations to OSCE executive structures and participating States, along the three axes of youth protection, youth promotion and youth participation. It is intended to serve as an inspiration and to incorporate a youth perspective in the development of the OSCE Action Plan on Youth and Security. Even though this Action Plan on Youth and Security, as foreseen in the joint work plan of Switzerland and Serbia, did not come to fruition neither in Basel nor in Belgrade, the consecutive priority on youth left observable traces in the OSCE’s work.

Following last year’s Ministerial Declaration on Youth which„acknowledge[s] the potential of young people to contribute to economic, political and social development, and that they can support participating States in the implementation of commitments in all three dimensions of the OSCE”, this year’s Ministerial Council did not only „recognize that youth and children require particular attention and that their needs, concerns and interests should be addressed in a comprehensive manner”, but also prominently stated the importance ofengaging and empowering youth in preventing and countering violent extremism and radicalization that lead to terrorism (VERLT).

An indispensable prerequisite for this is an “enabling environment and opportunities for youth to participate and engage voluntarily and freely in public life”, in which human rights, fundamental freedoms, democratic principles, the rule of law, tolerance, non- discrimination, dialogue, mutual respect and understanding are promoted and protected. Facilitating youth access to employment as well as to social services plays a crucial role in creating such an environment, as well as education in schools and higher education institutions, the support of youth-led and youth-focused awareness-raising initiatives, including through the Internet and social media. OSCE executive structures are called upon to continue their support to participating States in preventing and countering VERLT, “following a multi-dimensional approach, including in relation to youth”.

Only five days after the OSCE Ministerial Council, the United Nations Security Council passed its Resolution on Youth, Peace and Security by consensus. Urging greater representation by young men and women in the prevention and resolution of conflict, this UNSCR is considered a milestone not only in the eyes of youth-led organisations.

The afore-mentioned conference “Working with Youth for Youth: Protection against Radicalization”, organised by the CiO together with its Special Representatives on Youth and Security on 3-4 September 2015, provided a discussion platform for researchers specialising in violent extremism, grassroots NGO practitioners working with youth at risk, youth organisations, especially from the Western Balkans, Youth Ambassadors as well as OSCE representatives and mission staff. They brainstormed about how to protect their peers from the drawing power of radicalization and violent extremism by including them in the development of solutions. Their outcomes can be found in the recently published conference report.

By monitoring these and many other initiatives on the local, national and regional level, it becomes clear that youth engagement activities form a cornerstone of Anti-VERLT practices in many areas, as youth can engage their peers on par, taking advantage their own life stories. However, efforts remain largely invisible, unrecognised, and are even undermined due to a lack of adequate participatory and inclusive mechanisms to partner with decision-making bodies.

When it comes to youth participation in international organisations, the Council of Europe’s Co-Management System is often quoted as a gold standard, as representatives of Youth NGOs and governmental officials jointly establish the youth sector’s priorities, objectives and budgets. On the occasion of the first meeting of the Group of Friends of Youth, convened by the CiO on 9 September 2015, Ms Antje Rothemund, Director of the CoE’s Youth Department, clearly laid out the advantage of giving young people a say on topics of their concern. Furthermore, she stated that there was still a need for meaningful youth participation especially in areas, which fall under the OSCE’s first dimension.

Scattered across the OSCE landscape, we can find a wide array of sustainable youth initiatives of executive structures within their existing mandates. An exhaustive overview would exceed the scope of this article, yet the following outstanding examples may show the diversity in which youth participation offers an added value to the OSCE’s work, going beyond simple tokenism or an “exercise to tick boxes”.

For over a decade, the Central Asian Youth Network (CAYN) run by the Programme Office in Astana, hasbrought together high potentials of Central Asian countries, Afghanistan and Mongolia to discuss key challenges for comprehensive security in Central Asia and beyond and the OSCE’s role in addressing them.

The OSCE Mission to Bosnia and Herzegovina’s Youth Advisory Group provides input into the implementation of the Mission’s programmes, with the aim of strengthening its youth perspective as well as to stimulate innovation within the Mission through constructive and critical evaluation.

Youth Contact groups are a collaborative project of the OSCE Special Monitoring Mission to Ukraine and individual Youth Ambassadors, aiming to empower young people in Ukraine to become dialogue facilitators in their country.

ODIHR, the OSCE’s Office for Human Rights and Democratic Institutions, has organised several events on Youth Political Participation among them the Youth Leadership Forums, Seminars and Side Events in cooperation with the CiO, the OSCE Mission to Serbia and the Youth Ambassadors.

“Increasing participation and engagement of youth in decision-making at all levels, including within international institutions and mechanisms, is vital to efforts for the prevention and resolution of conflicts, as well as to counter VERLT,” said OSCE Secretary General Lamberto Zannier, and hence pinpointed a path worth following.

Youth Mainstreaming, a claim parallel to and closely intertwined with advocacy for participatory mechanisms, involves ensuring youth is reflected in policy and project stages in various sectors and ensuring there are specific projects addressing youth. It is not about inventing new tasks for executive structures, but rather to follow a systematic, coherent and consistent approach.

The current generation of youth is the largest the world has ever known. Young people often represent the majority of population in countries affected by conflicts. Thus, youth presents a unique demographic dividend, which is able to contribute sustainably to security and cooperation in and beyond the OSCE area.

* Anna-Katharina Deininger is Special Representative of the OSCE Chairmanship-in-Office on Youth and Security.