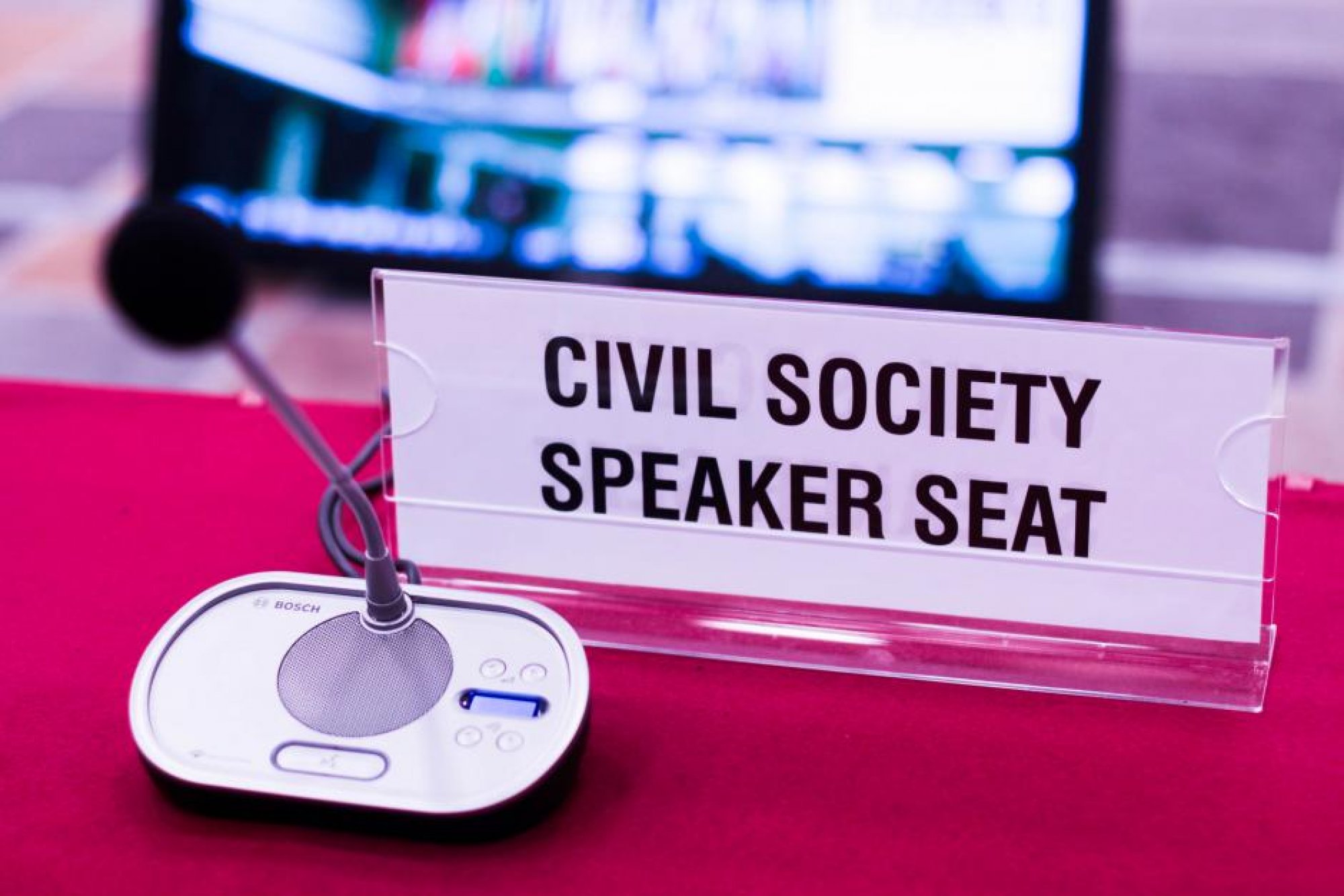 A new expert report from the OSCE has found that “a decade of reform legislation in Russia has completely changed the scope of action of Russian civil society, cutting it off from foreign and international partners, suppressing independent initiatives, stifling critical attitudes towards the authorities, silencing the media and suppressing political opposition.”

The 125-page report, written by constitutional and public international law professor Angelika Nussberger from the University of Cologne, documents in detail how repressive legislation has evolved over the past decade and substantially limited Russian civil society, focusing in particular on changes implemented after the launch of Russia’s war of aggression against Ukraine in February.

The report states that the Kremlin is increasingly “obsessed” with restricting fundamental rights and freedoms, making it “difficult for Russian civil society to survive.”

In a briefing on Monday, U.S. Ambassador to the OSCE Michael Carpenter told journalists that the report shows “democratic institutions have been stripped of the key elements of democracy, leaving us with an increasingly repressive dictatorship in Russia.” He added, “The arrests over the last few days of protesters who were opposed to the recent mobilization orders are a good example of how the Putin regime brooks no dissent.”

‘Nails sticking out of the wall’

The driving force behind the current “wave of repressive measures” has to do with the war of aggression that Vladimir Putin launched against Ukraine, the report notes, and the Russian leader’s desire to silence opposition at home in order “not to be disturbed.”

“Repression on the inside and war on the outside are connected to each other as if in a communicating tube,” the report continues.

“The authorities’ actions against civil society show that the ultimate goal is to create a monolithic society based on a certain pre-modern understanding of Russian-ness,” the report’s authors write. “Those who oppose it are seen as nails sticking out of the wall; they must be hammered into the wall and disappear.”

The report details how federal and regional law enforcement agencies have been centralized under the control of the Russian president over the last three decades, creating a “very strong vertical power structure.” The most recent constitutional amendments of 2020 brought the Ministry of Foreign Affairs, the Ministry of Defence, the Ministry of Justice and the Ministry of Interior under the direction of one person: Vladimir Putin.

The report also provides a detailed overview of the so-called “foreign agent law,” which was introduced in 2012 and has since been updated with several amendments that have turned it into an increasingly oppressive instrument. The report notes that “virtually any Russian and foreign organization and individual can be declared and registered as a ‘foreign agent’ or ‘affiliated with a foreign agent.’”

In December 2021, Russia’s Supreme Court ordered the dissolution of the country’s oldest human rights NGO, Memorial International, and the shutdowns of several other NGOs followed.

Many organizations have either been shut down by authorities or decided to fold after they were cut off from funding or unable to pay the heavy fines imposed on them.

The latest amendment was adopted on July 14, 2022, and will go into force on December 1, 2022. Under the adapted law, an organization no longer needs to receive foreign financing in order to be labelled as a foreign agent. “It is sufficient to ‘receive support and/or otherwise be under foreign influence,’” the report states.

In addition, since the start of Russia’s war against Ukraine, the report states that Russian authorities have begun a “monopolization of the truth.” So-called “fake-news” laws relating to the Russian Armed Forces were adopted shortly after the start of the invasion. Under these laws, Russian authorities can impose severe fines and under certain circumstances up to fifteen years in prison for “discrediting” the Russian army, or calling Russia’s actions a “war” rather than a “special military operation.”

In combination, these laws establish “a sort of military censorship,” the report states.

The report highlights the case of Alexey Gorinov, a local councillor in Moscow, who was sentenced to seven years in prison for violating the above laws. It also mentions the situation of Isabella Evloeva, a human rights defender and the editor-in-chief of the news media outlet Fortanga.org, who is accused of having violated the law in three instances.

The report also documents the repression of mass media over the past decade, which reached a peak after the start of the invasion.

Many media outlets have been accused of disseminating “extremist material” or of publishing information produced by organizations that have been labelled “foreign agents.” Others have been accused of breaking laws that stipulate that the war against Ukraine can only be referred to as a “special military operation.”

Quoting a recent assessment of the OSCE Representative on Freedom of the Media, the report states that “a frightening information black hole has opened” in Russia.

Novaya Gazeta, one of Russia’s most prominent independent media outlets, ceased operations in Russia in March due to the draconian laws. The paper relocated to Riga, Latvia, but in September Russia’s Supreme Court revoked its online license, thus blocking the outlet’s availability in its home country.

Other media outlets have also been blocked or closed down, including the website of TV Rain and the radio station Echo of Moscow.

Additionally, as many as 504 journalists have fled to Georgia, Latvia, Lithuania, Germany, Poland and other countries since the beginning of the war, the report notes.

The report also details how laws overseeing public assembly have been changed and tightened multiple times over the past decade, culminating in the recent restrictions on anti-war protests. The report concludes that these restrictions make demonstrations “de facto impossible.”

The expert report is the third that the OSCE has released under the so-called OSCE Moscow Mechanism this year. The other two reports documented atrocities committed by Russian troops against the Ukrainian population, some of which could amount to war crimes, according to the expert reports. Russia decided against cooperating with those expert missions and did not appoint a liaison person to work with the experts. The UN Commission of Inquiry is currently documenting additional war crimes committed in Ukraine by Russia, using some of the information produced in the those two previous OSCE reports. As a final step, the International Criminal Court in The Hague will lead the prosecution of individuals who were responsible for those alleged criminal acts.

In researching the current report, Nussberger interviewed numerous members of the Russian civil society both inside and outside of Russia. Most of their names are not published in the report for fear of reprisal. Nussberger was not able to visit Russia and gather information because Moscow refused to cooperate with the expert mission.

Professor Nussberger was appointed by 38 OSCE states on July 28, when the organization invoked the so-called OSCE Moscow Mechanism to assess Russia’s commitment to human rights and fundamental freedoms. The Moscow Mechanism allows for investigations to be launched without the agreement of the state concerned in cases where states have grave concerns about the human rights situation in that country.

The report also contains recommendations for the Russian Federation and a request that Moscow uphold commitments enshrined in its own constitution that guarantee freedom of expression, assembly, and association. It also suggests that Russia carry out an assessment of how the foreign agents’ law will impact civil society in the short and long term.

Finally, the report recommends that the OSCE develop “a short-term and a long-term strategy for the follow-up on the reports adopted under the Moscow Mechanism.”