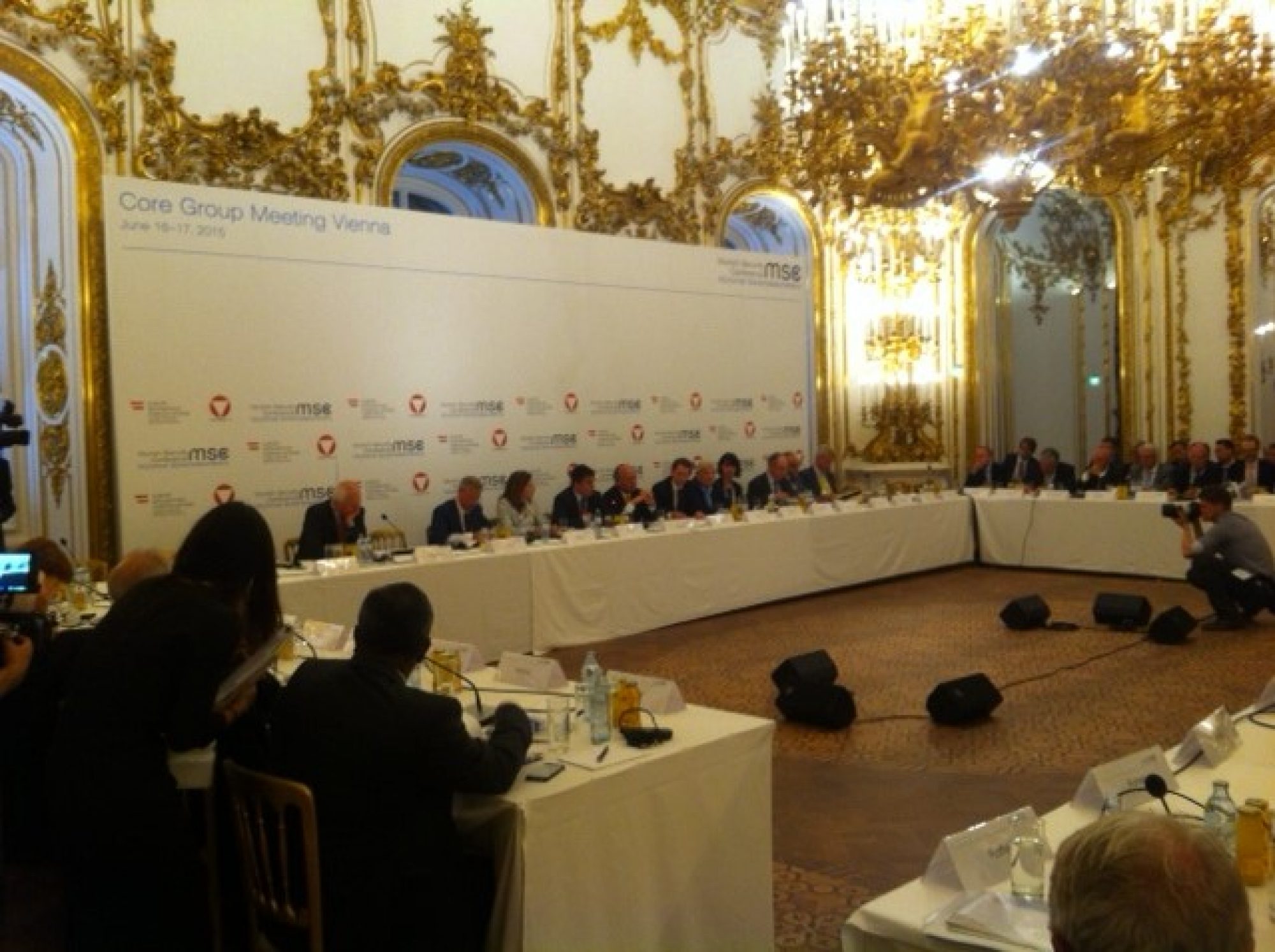 Interview with Timothy Garton Ash: The West Has to be Serious About Saving Ukraine

How should European security be shaped in the future and how can the crisis in and around Ukraine be diffused? Timothy Garton Ash, Professor of European Studies at Oxford University, provides some interesting and provocative answers to these questions in this interview, which was conducted by Stephanie Liechtenstein on the margins of the Core Group Meeting of the Munich Security Conference in Vienna on 17 June.

Prof. Garton Ash explains that the problem with the current security architecture is the fact that it seems disconnected from events on the ground in Ukraine. To address this problem, he makes the case for the West to start looking into the possibility of sending peacekeepers to Ukraine. Prof. Garton Ash also shares some interesting insights of private conversations he held while in Ukraine about two months ago.

SHR Monitor: Do you believe that the West missed an opportunity to build a ‘Common European Home’ in the 1990s?

Timothy Garton Ash: It is a fundamental mistake to believe that the actions of Vladimir Putin’s Russia are the result of mistakes made by Western policy. It is a classic mistake to overestimate the West’s own causal contribution. Russia lost an empire in the course of two years that it had grown for over 400 years. That is something almost unheard of in history. Hence, there was bound to be a reaction to the loss of that empire. Furthermore, the 2004 Orange Revolution in Ukraine created fears in Moscow that the Color Revolutions were coming into their front yard. Let me emphasize that those domestic and internal causes are much more important than anything the West did. In fact, the West made quite a lot of efforts – particularly in the 1990s – to try and find a major place for Russia in the international system, especially in the context of the CSCE/OSCE. So I think it is absolutely wrong to attribute the major part of the blame to the West.

Having said that, I do worry about the way we talk about Russia today. Some of the rhetoric sounds as if we are back in a new Cold War – when in fact this is not correct at all. Today we are in a very different situation and we are dealing with a very different Russia. If the West believes that the chances of building a common future with Russia are now over and that instead a new Cold War has started which requires a new containment policy, then it is making a big mistake.

We have to understand the frame of mind of Vladimir Putin. It is an aggrieved, wounded, humiliated and angry frame of mind. Therefore, the tone in which we talk to Russia and about Russia is very important. We don’t always seem to get it right. I have to admit that if I sat for several hours among people who constantly criticize England, I might be rather irritated, even if I agreed with them.

Timothy Garton Ash: I would like to stress that we already have a pan-European security institution. In fact, there are two such institutions. Firstly, there is the OSCE and secondly we should not forget about the Council of Europe. So, I don’t think that we need to change the basic architecture. What seems more problematic to me is that the architecture sometimes seems more like ‘origami’ rather than real stone architecture. The main question therefore is: ‘How do we make the architecture real?’ In my opinion, this can be done by connecting the security architecture that we have in place to events on the ground. This dimension has been missing from the discussions here at this meeting in Vienna. Most participants are either talking about the high level of the security architecture or about the low level of events on the ground in Ukraine. Yet, what is needed is to find a way to reconnect the two levels.

The civilian monitoring mission by the OSCE in Ukraine is one example of a connection between the security architecture and the actual reality on the ground. We need more such connections between the high level and the low level. This is why I think that we need to have a serious discussion about peacemaking and peacekeeping. However problematic or unrealistic that may be at the moment, such a discussion would get beyond the polemics and the vague statements of what a new security architecture could look like.

SHR Monitor: Are you saying that the mandate of the civilian OSCE Special Monitoring Mission to Ukraine should be changed to allow for military peacekeeping to take place in Ukraine?

Timothy Garton Ash: I start from the assumption that the sovereignty and territorial integrity of states is and remains a fundamental characteristic of the international order. I wish we had defended those principles more strongly in Ukraine from the outset. When I was in Ukraine two months ago, my pro-European and pro-Ukrainian interlocutors said to me privately that they were ready to settle for a frozen conflict and the implementation of the Minsk II agreement on condition of having the possibility to build a functioning state in the rest of Ukraine. In order for that to happen, the shooting and fighting has to end. In this context, I have to say that the monitoring by the OSCE is very valuable, but we have to be honest about the fact that it does not stop the fighting. What we need are peacekeepers that are more effective at stopping the fighting on the ground. What the exact mandate of such a peacekeeping mission should look like and which Organization should implement it, is a question for diplomats to figure out. In general, I think we need to come up with an original, improvised formula which is acceptable to all parties.

SHR Monitor: If I understand you correctly, you are arguing that the OSCE Special Monitoring Mission could stay on the ground and continue with civilian monitoring and some other UN Mission could be added to do (military) peacekeeping?

Timothy Garton Ash: Yes, this would be the ideal situation. However, this is very unrealistic since Russia would probably not agree to that and make use of its veto in the UN Security Council. Therefore, some highly improvised formula may have to be developed which is acceptable to all parties.

SHR Monitor: I read an article which you wrote for the Guardian in February 2015 in which you backed proposals to supply Ukraine with weapons. Do you still believe that this is necessary?

Timothy Garton Ash: Firstly, I believe that it is entirely legitimate to supply weapons to the army of a sovereign state. Secondly, at the time I was persuaded by the Brookings proposal that there was a chance that this [supplying weapons to Ukraine] could slightly shift the military balance on the ground in Ukraine, and – above all – that it could shift the balance of calculation in Vladimir Putin’s mind. Yet, the West decided against arming Ukraine, the moment passed, and the Ukrainian forces eventually fled in disarray. Today we are in a completely new and different position and we have a new ceasefire agreement [Minsk II] in place. As I have mentioned before, my pro-European and pro-Ukrainian interlocutors have told me that they are willing to settle for the implementation of the Minsk II agreement. Hence, I don’t think that we should now be more Ukrainian than the Ukrainians themselves. Therefore, I now emphasize the agenda of peacekeeping to enable Ukraine to build a functioning state in the rest of Ukraine.

Let me stress here again that the West has to be serious about helping Ukraine, especially in light of the fact that Ukraine has made a mighty concession by giving up a large part of its territory. As a quid pro quo, the West should be serious about saving the rest of Ukraine.