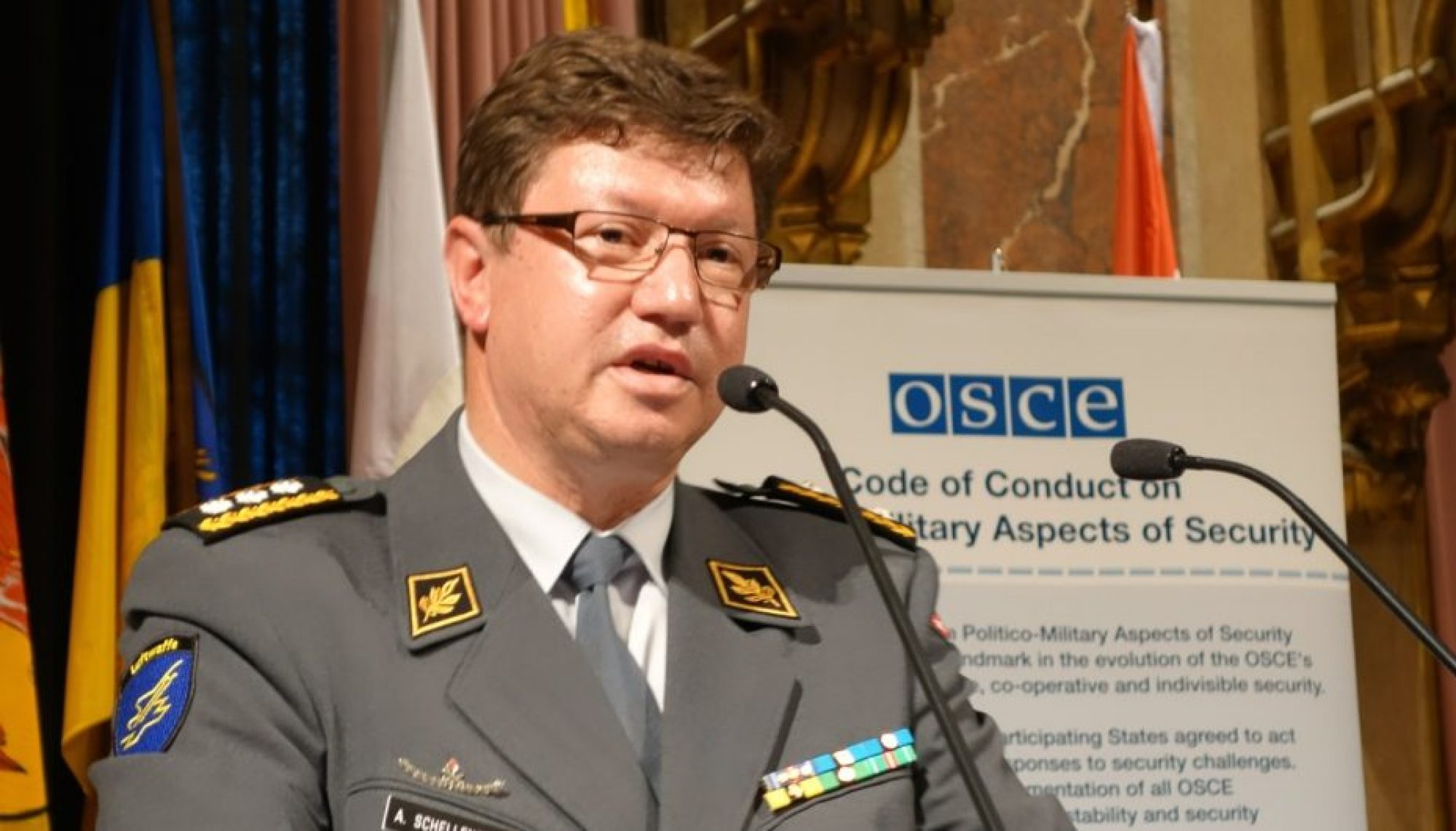 In 2014, the OSCE Code of Conduct on Politico-Military Aspects of Security (hereafter called “the Code”), celebrated its 20th anniversary. To mark the occasion, Switzerland, as OSCE chair, together with Austria, Germany and Moldova, as chair of the Forum for Security Co-operation (FSC), held a commemorative ceremony bringing together scholars and diplomats alike to discuss this landmark document and its role in building confidence and security in the OSCE region.

The Code was hailed as “the first international document that codifies the principle of democratic control of the armed force,” and the OSCE community was called upon to continue their “relentless efforts of strengthening its provisions and fostering security and confidence building in the OSCE area and beyond.” Through the Code, participating States become socialized to provide and maintain democratic oversight of their armed, internal, paramilitary, intelligence and police forces. As such, the Code raises important issues of concern highlighted under both international law and the UN Charter, and plays a critical role in security sector governance. Indeed, twenty years after its adoption, “the Code of Conduct has never been as popular in the OSCE area as during the last couple of years.”

Since 1999, participating States have been annually exchanging information through the Questionnaire on the Code of Conduct to illustrate how the Code is implemented in each State. All national submissions are annually reviewed by the OSCE Conflict Prevention Centre (CPC), and can be found on the OSCE website. This information exchange is significant in that it is exclusive to the OSCE and is not being collected by any other international organization. Within its mandate, however, the CPC is limited to quantitative analysis, in that it compiles a purely statistical report, highlighting general common practices, and avoiding assessment. What has become evident over the past couple of years, however, is that qualitative analysis of the submissions is crucial if the Code is to achieve its full potential.

Given its extensive provisions, which cover a wide range of issues including arms control, disarmament, and Confidence- and Security-Building Measures (CSBMs), the Code encourages norms of responsible and co-operative behaviour and provides relevant guidance on how to organize and govern the security sector. However, since submissions are limited to quantitative analysis, every year meaningful insights and lessons are being overlooked. Qualitative analysis could offer meaningful insight into how the Code is implemented, and how it could be improved, and deepened across the OSCE region. It could help identify trends in established procedures, military behaviors and could provide a means of assessing national implementation efforts. At the same time, qualitative analysis could point out the limitations of the questionnaire, and help to better identify and resolve issues which make it difficult for participating States to provide the kind of answers that the Code requires, and the Reference Guide advocates. With a mandate for qualitative analysis, there is great potential for participating States to extract more valuable information out of the questionnaire and to adjust to new security challenges accordingly. The fact remains that qualitative analysis could provide us with details that quantitative analysis simply cannot match.

That said, with the current crisis in and around Ukraine, calling for a qualitative mandate may not be a priority item on the agenda of the participating States. However, since the beginning of the crisis, the Code has re-gained a great deal of attention, and has been one of the go-to documents, with participating States relying and utilizing it to re-focus on Inter-State elements including “the right of participating States to freely choose their own security arrangements, respect for each other’s sovereign equality and individuality, and the organization of mutual security relations among participating States upon a co-operative approach.” The lesson, therefore, is that whether in time of peace or of politico-military crisis, the Code is and continues to be of great importance. Thus, it requires and merits continuous efforts to improve its implementation in order to (re)-strengthen security and confidence in the OSCE region.

The Organizations for Security and Co-operation in Europe. (2014) ’20th anniversary of the OSCE Code of Conduct on Politico-Military Aspects of Security’, click here.