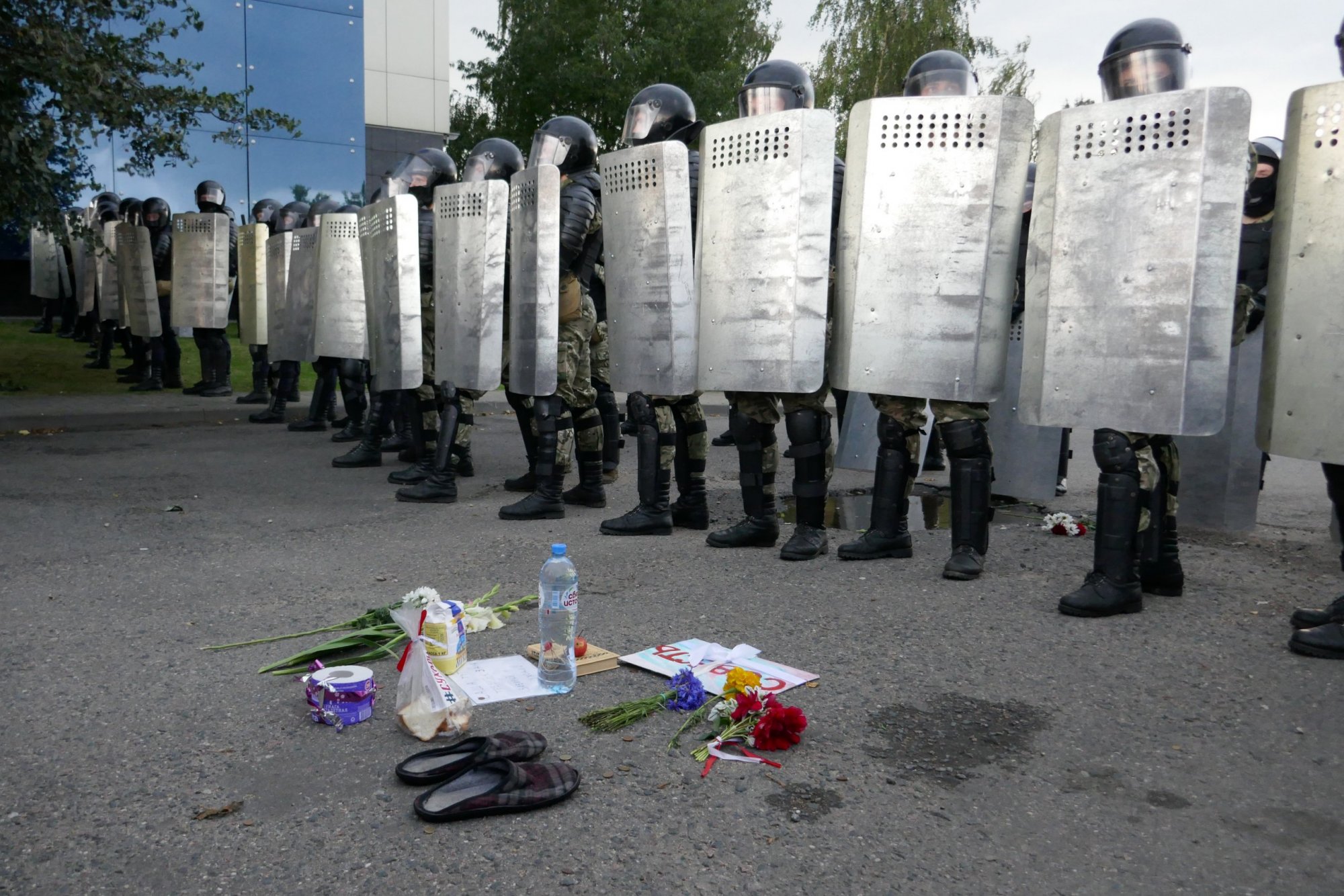 A group of 35 participating States of the Organization for Security and Cooperation in Europe (OSCE) delivered a statement on Thursday at the OSCE Permanent Council in Vienna, in which they firmly rejected replies from Belarus to questions raised under the so-called Vienna Mechanism.

The 35 States invoked the Vienna Mechanism to demand answers from Belarus on “serious human rights violations and abuses” in the country following the disputed presidential election there.

Under the diplomatic procedure, Belarus had ten days to respond to eight questions on the situation in the country regarding freedom of assembly and freedom of the press. Minsk has also been asked to explain what steps it had taken to investigate allegations of arbitrary detentions, targeting of opposition figures, torture, hate crimes, and facilitating irregular migration.

The 35 States also wanted to know if Belarus had taken any “meaningful steps” to engage with the opposition in a dialogue via the OSCE.

Despite a formal offer by the OSCE Chair in 2020, Belarus has so far not made use of the OSCE’s proposal to facilitate and mediate a political solution to the crisis.

The Belarusian reply, which has not been made public, was described to SHR Monitor by diplomats in Vienna as a 16-page Russian-language document. “The main point is that Belarus is not using the mechanism for serious engagement,” one OSCE diplomat told SHR Monitor in Vienna.

France delivered a statement on behalf of the group of 35 States at the Permanent Council on Thursday, saying that the intention behind invoking the Vienna Mechanism was to “express concerns” about the human rights situation in Belarus, but also to “offer another opportunity for Belarus to reassess its current direction”.

“[W]e take this early opportunity to reject firmly some of the comments made […], such as the suggestion that our concerns are groundless, and that the raising of those concerns through OSCE mechanisms undermines trust,” they said in their statement.

The 35 States said that while Belarusian authorities consistently claimed that they are “open to dialogue”, this claim has “not been reflected in their actions and behaviours”.

Belarus replied to the statement issued by the 35 States at the Permanent Council meeting on Thursday. Minsk said it regretted that France “did not bother to notify” the Belarusian delegation “in advance about the content of its speech”. It called on the 35 States “to move from arrogant public teachings and momentary-oriented political propaganda to a painstaking and mutually respectful interstate diplomatic dialogue”.

“We are once again convinced of the inability to impartially perceive the logic of events taking place in our country,” Belarus said. “In endless repetitions, which have already become traditional clichés, we see an attempt to justify the reckless flywheel of destructive sanctions and its new turns, capable of undermining the sovereignty of the Belarusian state and the well-being of the people of Belarus.”

Belarus also said that it does not understand the demand voiced by some States to provide humanitarian organizations access to the border area between Poland and Belarus. “After all, everyone knows very well that the UNHCR, IOM and the Red Cross have been working on the Belarusian side in the border zone for a long time. But on the opposite side of the border there are security forces, water cannons and tear gas.”

In fact, migrants face freezing and terrible conditions at the border as they are caught in the middle between the two countries. While two large camps have been cleared by Belarusian authorities in the meantime, the crisis is far from over. The west continues to blame Belarus for orchestrating the crisis by bringing migrants from the Middle East to the border area. Belarus has denied the claim, instead accusing the European Union for not letting in the migrants.

With this tit-for-tat discussion at the Permanent Council, the Vienna Mechanism is now formally closed. But the discussion will continue, most likely on the level of foreign ministers when the OSCE Ministerial Council meets in Stockholm at the beginning of December.

The Vienna Mechanism was invoked on November 4 by the United States, Canada, all EU member states except Poland and seven other European countries, among them Switzerland and the United Kingdom. Diplomats in Vienna explained that Poland, as incoming OSCE Chair in 2022, preferred not to participate in the invocation of the Vienna Mechanism, despite the crisis at its border.

The diplomatic instrument was established back in 1989. Through an established set of procedures, participating States can raise concerns and ask formal questions about the human rights situation in individual OSCE States. The country in question is then asked to answer within a 10-day period.

The Mechanism can be invoked without the consent of the State in question, which stands in sharp contrast to most other OSCE instruments and decisions, which are all based on consensus.

The Vienna Mechanism can be seen as a way to push a country to take a stance on serious human rights violations within an established diplomatic procedure. Ideally, this can lead to the creation of a dialogue, during which problems are discussed and eventually solved. But this can only happen if the State in question cooperates.

In September 2020, 17 OSCE participating States already triggered the so-called Moscow Mechanism and established a mission of experts to report on human rights violations in Belarus.

The Moscow Mechanism expert report concluded that “massive and systematic” human rights violations took place in Belarus following the August 9 presidential election and that there was “overwhelming evidence” that the election was rigged.