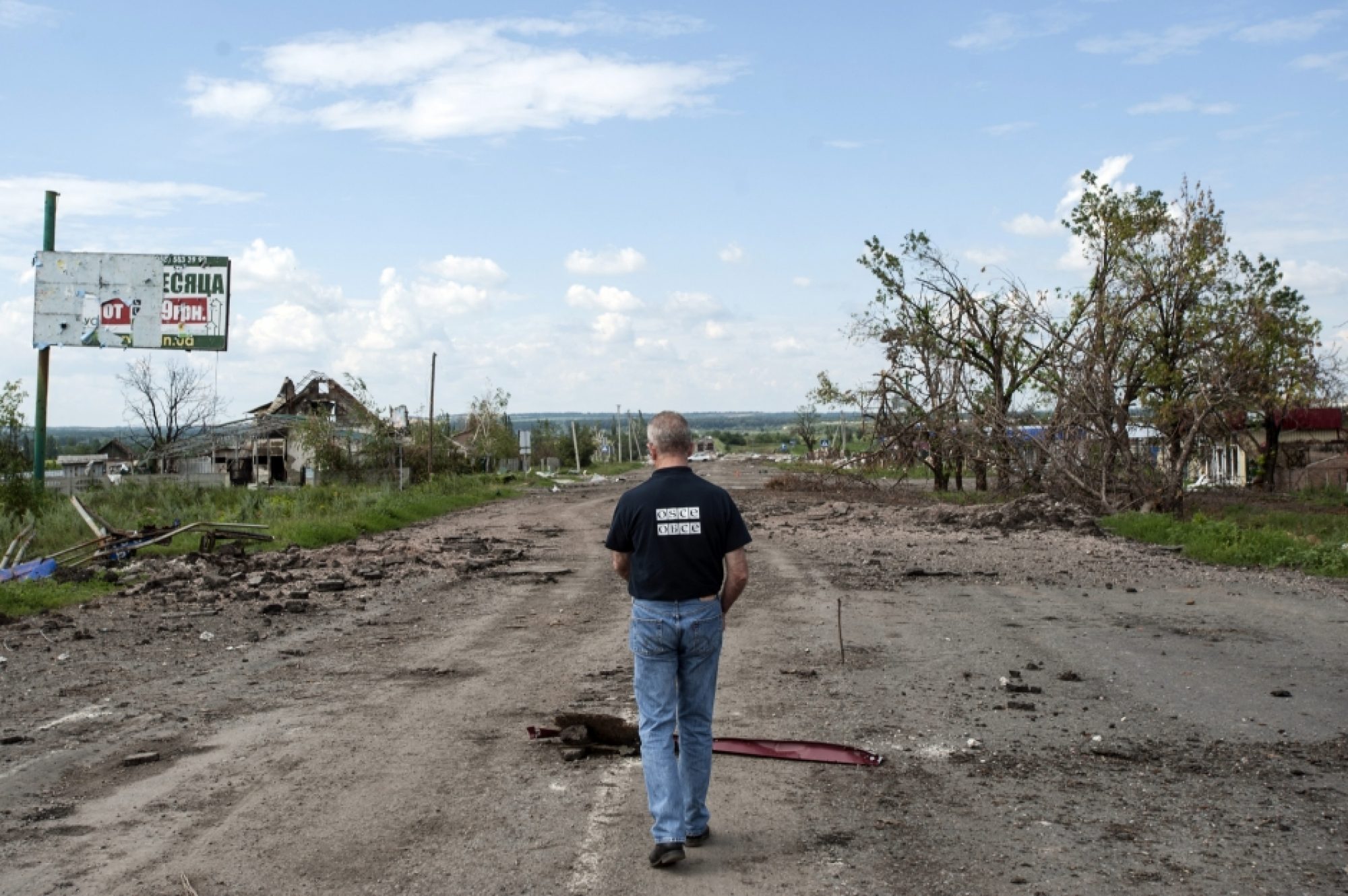 When weapons speak: A summer of conflict and violence

This summer has seen a dangerous and violent escalation of several conflicts. In Ukraine, fierce fighting is taking place between the Ukrainian military and the pro-Russian rebels in the areas of Donetsk and Luhansk. In addition, Russia and Ukraine continue to confront each other and the situation along their border is heating up. We hear reports by journalists of The Guardian and The Telegraph that Russian military vehicles have entered Ukraine while the Russian aid convoy still waits near the Ukrainian border. In Iraq, reports of unimaginable brutality by fighters of the Islamic State (IS) against religious minorities are reaching us. Against this background, the United States felt compelled to intervene and launch airstrikes against IS targets in Iraq. In addition, the conflict between Israel and the Palestinians has reached a new and dangerous level of violence and the civil war in Syria is ongoing.

How can we make sense of these disturbing reports and a seemingly never-ending spiral of violence? Despite the fact that every conflict situation is different, there is one thing that at least the conflicts in Iraq and Ukraine have in common. Rivaling religious and ethnic groups are fighting each other in part because they don’t feel adequately represented by their central government. Pro-Russian rebels feel that Kiev does not represent their interests and they are therefore seeking closer ties with Russia or even independence. The IS-led Sunni militant jihadists have gained support among Sunnis because many Sunnis feel discriminated by the Shia-dominated government in Baghdad.

In these conflicts, armed groups are formed that respect no law and that resort to violence and in the case of IS to gruesome and shocking killings in order to reach their ends. This very often leads to additional violence by external players and to a breakdown in the search for political solutions.

But when weapons speak we should not put aside politics. The international community has to continue to work on political solutions to all of these conflicts and use as models other multi-ethnic and multi-religious states that have achieved political compromise.

What could a political solution look like? What is needed in the long-run in Ukraine and Iraq is a government of national unity. A government that has the ability to adequately represent all religious and ethnic groups. A government with a political figure in the form of a president who will help unite the country by outlining the common and unifying elements instead of the conflicting and separating ones. A government that protects minority rights and allows each ethnic and religious group to be largely self-governing in their local affairs.

Other multi-ethnic and multi-religious states have achieved such conciliation and compromise. For example Belgium with a Dutch-speaking Flemish region, a French-speaking Wallon region as well as a small German-speaking community; Switzerland with four official languages and 26 cantons that enjoy a high degree of independence; or Italy with the autonomous province of South Tyrol. These political systems are often described as cumbersome and inefficient but they do work and should be seen as examples of how very diverse societies can create economically successful, prosperous and peaceful states.

Multilateral institutions can be helpful in achieving this goal of living in unity despite diversity. In the case of the Ukraine crisis, the OSCE has proven to be a useful forum for dialogue as it unites all conflict parties as participants. The Swiss OSCE Chairmanship has been actively engaged in trying to mediate between the conflict parties and to achieve a ceasefire. In addition, the OSCE plays a key role in monitoring events in Ukraine with the help of its Special Monitoring Mission as well as its Observer Mission which has been deployed at two checkpoints along the Russian-Ukrainian border. The Organization has also been providing its professional help on various levels to support Ukraine in achieving a peaceful solution that takes into account the rights of all ethnic groups living in the country. As has been argued most prominently by Stanford University professor Michael McFaul but also by a number of other academics and politicians, the Middle East would probably profit from a similar multilateral security organization. (For more on this topic, see for example the 2011 IPI report on “The OSCE-Mediterranean Partnership and the Arab Uprisings”). Such an institution could offer a permanent forum for dialogue and by improving security between states could eventually also create “more permissive conditions for internal democratic change”.

As has been written on this blog before, state borders very rarely run exactly along ethno-cultural lines. A pure nation-state is more the ‘ideal type’ but less the reality. Therefore, we should move away from the idea that one day Ukraine will be led by a pro-Russian or a pro-Western president and that Iraq will be dominated by a pro-Sunni or a pro-Shia government. What is needed instead is a government of unity that represents all groups and that provides local self-government and strives for political compromise. This may be a complicated and cumbersome process but could ultimately become the basis for a more peaceful winter.