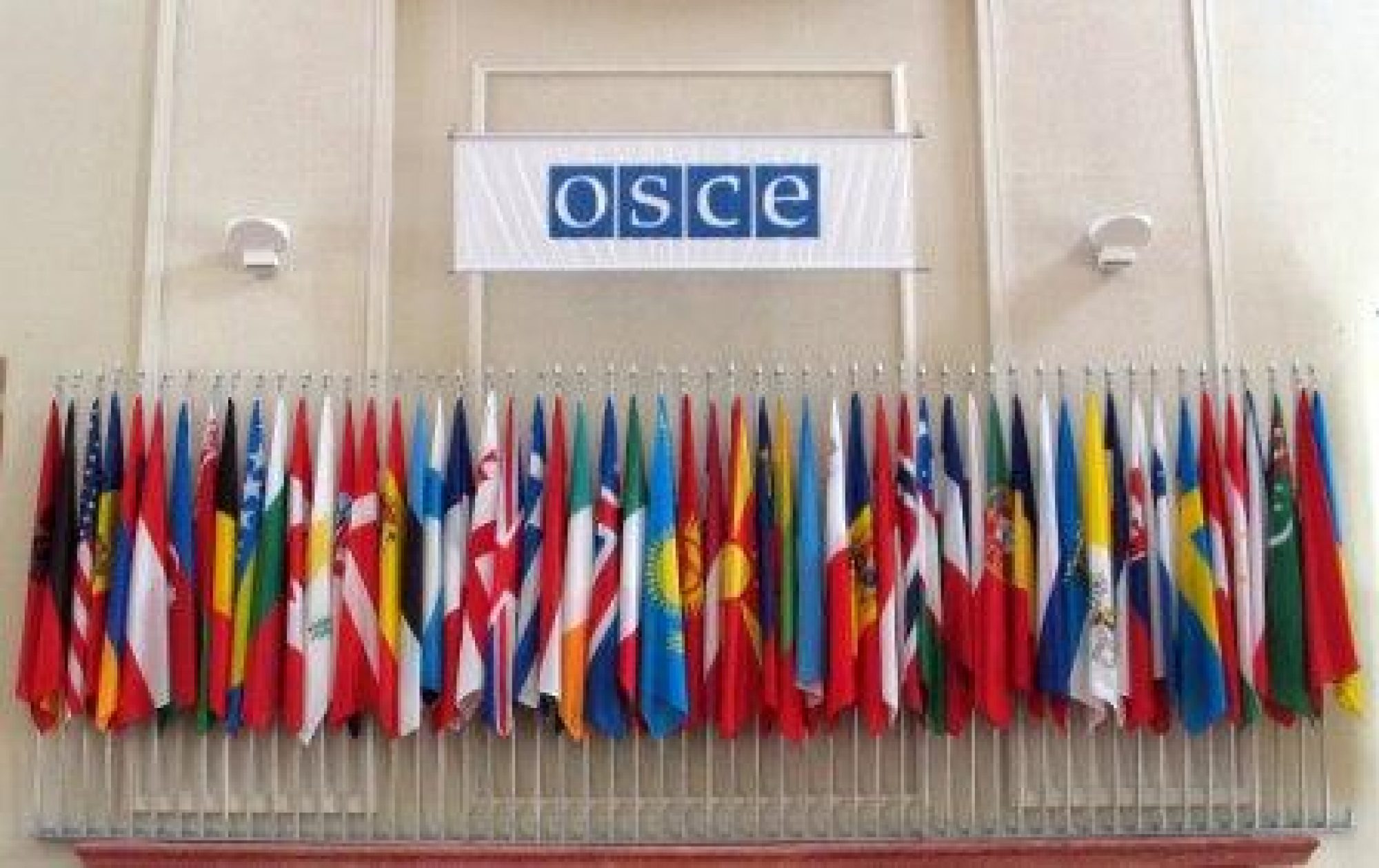 The upcoming OSCE Ministerial Council in Basel: A chance for high-level engagement

The 21st OSCE Ministerial Council (MC) meeting is scheduled to take place on 4 and 5 December in Basel, Switzerland. The MC meeting, which takes place once a year in the host country of the OSCE Chairmanship, is attended by the foreign ministers or their representatives of the 57 OSCE participating States. The meetings are an opportunity to discuss the Organization’s yearly achievements and should provide overall guidance and impetus for future work. The MC is mandated to take decisions on any topic relevant to the work of the OSCE.

This year, the MC meeting will be dominated by the Ukraine crisis and its impact on commitments contained in the 1975 Helsinki Final Act and the 2010 Astana Declaration. It is, however, necessary to manage expectations of what can be achieved in concrete terms at the MC with regard to the Ukraine crisis. Foreign ministers will certainly not solve the crisis in Basel.

Yet, the meeting will reveal to what degree – or if at all – states are still willing to engage with each other. In other words, the meeting will force key players to put their cards on the table. Negotiations are currently taking place in Vienna on the various draft decisions in the three OSCE security dimensions. They show that almost every topic is influenced by the Ukraine crisis. In addition, all decisions that are under negotiation are interlinked – this is a key characteristic of the OSCE. Coming to an agreement on one decision depends entirely on reaching a consensus about a completely different topic.

In this kind of environment, participating States have to engage with each other, otherwise there is a high risk that the MC won’t adopt any decisions at all. This would be a particularly bad signal, especially in light of the recent renewed relevance of the OSCE and its role in the management of the Ukraine crisis. By contrast, if key players decide to engage with each other despite the ongoing crisis, the MC could prove that there is still some common ground left which in turn could lead to an easing of tensions. In fact, participating States have different views as to whether it is right to engage with Russia at all in light of the latter’s violations of international law and commitments contained in the Helsinki Final Act.

That said, it is very unlikely that the Basel MC meeting will be able to adopt a political declaration by consensus. (The last time that the OSCE adopted a political declaration was at the 2002 Porto MC meeting.) Although the Swiss Chair has made an attempt to initiate negotiations on a draft declaration that contains particulars of the Ukraine crisis and the future of Euro-Atlantic security, the document has very little chance of reaching a consensus.

Yet, it is hoped that the MC will be able to provide much needed guidance in moving forward. The following issues should be addressed by ministers in Basel:

Firstly, the MC meeting has to provide further impetus to the Helsinki+40 process as the year 2015 marks the 40th anniversary of the Helsinki Final Act. The Helsinki+40 process, originally decided upon in 2012, has so far failed to achieve any concrete results. It was therefore increasingly seen as an irrelevant and introspective process about housekeeping in the OSCE. However, the Ukraine crisis has turned it into a highly relevant process on the future of Euro-Atlantic security. The decision on the Helsinki+40 process could therefore be used to launch further discussions on how the overall vision of a united security community can be achieved. For this purpose, it is planned that the MC will task a Panel of Eminent Persons with developing recommendations on how this goal can be achieved in light of the challenges posed by the Ukraine crisis.

Secondly, the MC meeting has to provide an understanding of the future of the OSCE Special Monitoring Mission (SMM) to Ukraine. The SMM mandate expires in March 2015. In addition, the SMM’s ability to monitor the ceasefire and violations thereof has been disrupted recently. Unmanned Aerial Vehicles have been shot at and the mission cannot properly monitor the border. In addition, SMM monitors have come under crossfire several times. Furthermore, there is still a significant funding gap preventing the mission from increasing the amount of its monitors. The mission is entirely financed through so-called extra-budgetary contributions and not through the OSCE Unified Budget. This means that it depends on the willingness of participating States to make financial and in kind contributions to the mission. Therefore, it would be very important for the Basel MC to make a clear commitment to continuing the SMM beyond March 2015 and to support it financially. In addition, all sides should commit to helping the SMM carry out its mandate in this challenging security environment.

Thirdly, the Basel MC meeting has to adopt a decision on who will hold the OSCE Chairmanship after 2015. In order to improve forward planning it would be ideal if the MC could decide on the Chairmanships for 2016 and 2017. Germany has officially applied for the OSCE Chairmanship in the year 2016 and Austria has applied to chair the Organization in 2017. Yet, it seems that different states have differing views on whether a decision should be taken on both years now.

Individual declarations on the protracted conflicts may also prove difficult this year. Needless to say, these conflicts are all influenced by events in Ukraine. Parliamentary elections will be held in Moldova on 30 November, which make progress this year on the Transdniestrien settlement process almost impossible. With regard to the Nagorno-Karabakh conflict, an upsurge in violence and tensions occurred this year along the Line of Contact and Armenian-Azerbaijani border with an increase in civilian casualties. Most recently a helicopter was shot down near the Line of Contact. Despite ongoing efforts within the context of the Geneva International Discussions, a statement on Georgia is also highly unlikely.

Furthermore, the Swiss Chairmanship has tabled a limited number of draft MC decisions in all three security dimensions that are currently being negotiated by the respective committees in Vienna. Possible topics for MC decisions could be the issue of foreign fighters and kidnapping for ransom, disaster risk reduction, prevention of torture, increasing the role of civil society in the work of the OSCE, strengthening mediation efforts in the OSCE area, combating transnational threats and a youth action plan. In addition, Switzerland hopes to adopt a decision on improving the dialogue with the Partners for Cooperation. From today’s perspective, the decisions on foreign fighters and disaster risk reduction have good chances of reaching consensus. Yet, in light of the Ukraine crisis the amount of adopted decisions in the three security dimensions are not of particular significance.

Overall, the Basel MC meeting is a much needed opportunity for dialogue among equal states. This should not be underestimated. It will bring together all the EU member states, the United States, Canada, the Russian Federation, Ukraine and all other former Soviet Union States. NATO foreign ministers are meeting in Brussels on 2 December and this could potentially influence the dialogue at the OSCE MC, which takes place directly afterwards.

In addition, the MC meeting will provide ample opportunity for unofficial talks on the sidelines. Experience shows that while in the past MC meetings may have failed to achieve a consensus on a political declaration, the unofficial meetings on the margins helped to pave the way for other agreements and to ease tensions.

It seems ironic that the year 2014 marks the 25th anniversary of the Cold War’s ending and at the same time has seen a dangerous intensification of confrontation between East and West. In this context, states should be reminded that a lack of dialogue has only led to further deterioration in the past. Ministers should therefore take the opportunity and engage with each other and find common ground where possible.