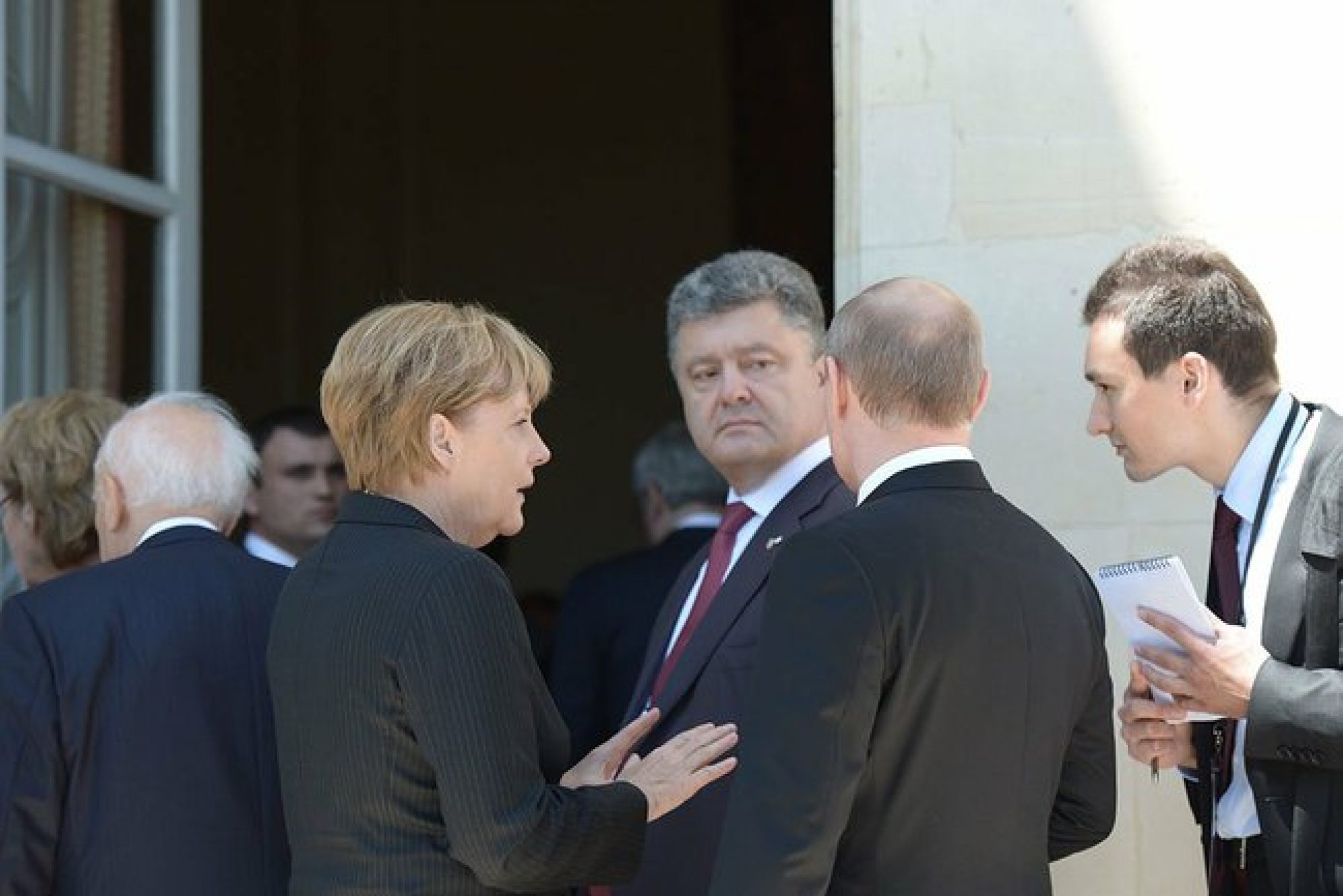 Leaders of the Normandy Format (Germany, France, Russia and Ukraine) met in Berlin on 19 October to discuss the crisis in Ukraine. The situation in Syria was also on the agenda, but it was discussed only among Germany, France and Russia. Regarding Ukraine three key issues emerged from the talks in Berlin.

First, leaders tried to break the deadlock with regard to the implementation of the Minsk Agreements. This deadlock is due to the fact that Ukraine and Russia are at odds about the sequencing of next steps to be taken. Kiev wants a list of security aspects to be implemented as a precondition for allowing local elections in Donbas. The security aspects include the full implementation of the ceasefire, the complete withdrawal of foreign troops and weapons, the release of prisoners of war, as well as full access for the OSCE to all areas in Donbas. Moscow, for its part, demands more political concessions from Ukraine, such as constitutional reform or laws on local elections, before agreeing to any of the afore-mentioned security aspects. In an attempt to break this deadlock, leaders in Berlin agreed to work out a roadmap for the implementation of the Minsk Agreements by the end of November. France and Germany will have to act as mediators between Russia and Ukraine so that a meaningful plan can be achieved.

Second, the leaders of the Normandy Format also discussed the possibility of extending the disengagement areas beyond the three areas (Zolote, Petrovskoe and Stanitsta Luhanskaya) which had been identified by Ukrainian forces and the separatists in September. This extension could, however, not be achieved as the OSCE Special Monitoring Mission (SMM) continues to observe ceasefire violations, mainly around the area of Stanitsta Luhanskaya, making a complete withdrawal of troops and weapons impossible. Thus, discussing additional disengagement areas (such as Mariupol or Debaltseve) was not possible in Berlin as this can only happen once full withdrawal of weapons and troops is achieved from Zolote, Petrovskoe and Stanitsta Luhanskaya, and the OSCE SMM has access to monitor this withdrawal. The idea behind the concept of the disengagement areas is to create trust between the sides and thus to enable progress on other points of the Minsk Agreement.

Third, the issue of an armed OSCE police presence in eastern Ukraine emerged again after the talks, as Ukrainian President Petro Poroshenko was quoted by Interfax-Ukraine as saying that agreement had been reached on the deployment of such a mission. While it seems that the Normandy four agreed in principle that an armed police mission can be sent to Donbas as part of a larger plan to ensure the security of local elections (to be held at some point in the future), this issue was only touched upon very briefly. It has to be stressed that it is premature to discuss the details of such a mission now, as the mission’s deployment depends on many factors, such as the successful implementation of the Minsk Agreements, the holding of local elections in Donbas, the agreement by all sides – including by the separatist forces – to its deployment, and a consensus decision by the 57 OSCE participating States. Hence, all of these preconditions first need to be in place. At the current stage it seems unlikely that separatist leaders will agree to the deployment of an armed OSCE police presence for the elections. In addition, it is far from clear at what point local elections will be held. Right now, the main focus should be on achieving progress regarding the disengagement, including a lasting ceasefire along the line of contact, and on letting the OSCE SMM verify and report on it by giving the civilian monitors full access and providing them with security guarantees.

Therefore, it is premature to discuss any details now and to create the impression that a final decision has been taken on this already. Such talk is particularly harmful for the OSCE civilian monitors in eastern Ukraine, who work under very difficult circumstances. Statements about the deployment of an armed police mission are not helpful as they lead to more aggressive and assertive behavior against the civilian monitors of the OSCE SMM, threatening their security and safety. Also, it should be noted here that the OSCE as an organization cannot take decisions on its own on any of the above-mentioned points. The OSCE depends entirely on what the 57 OSCE participating States decide by consensus and then task the Organization to do.