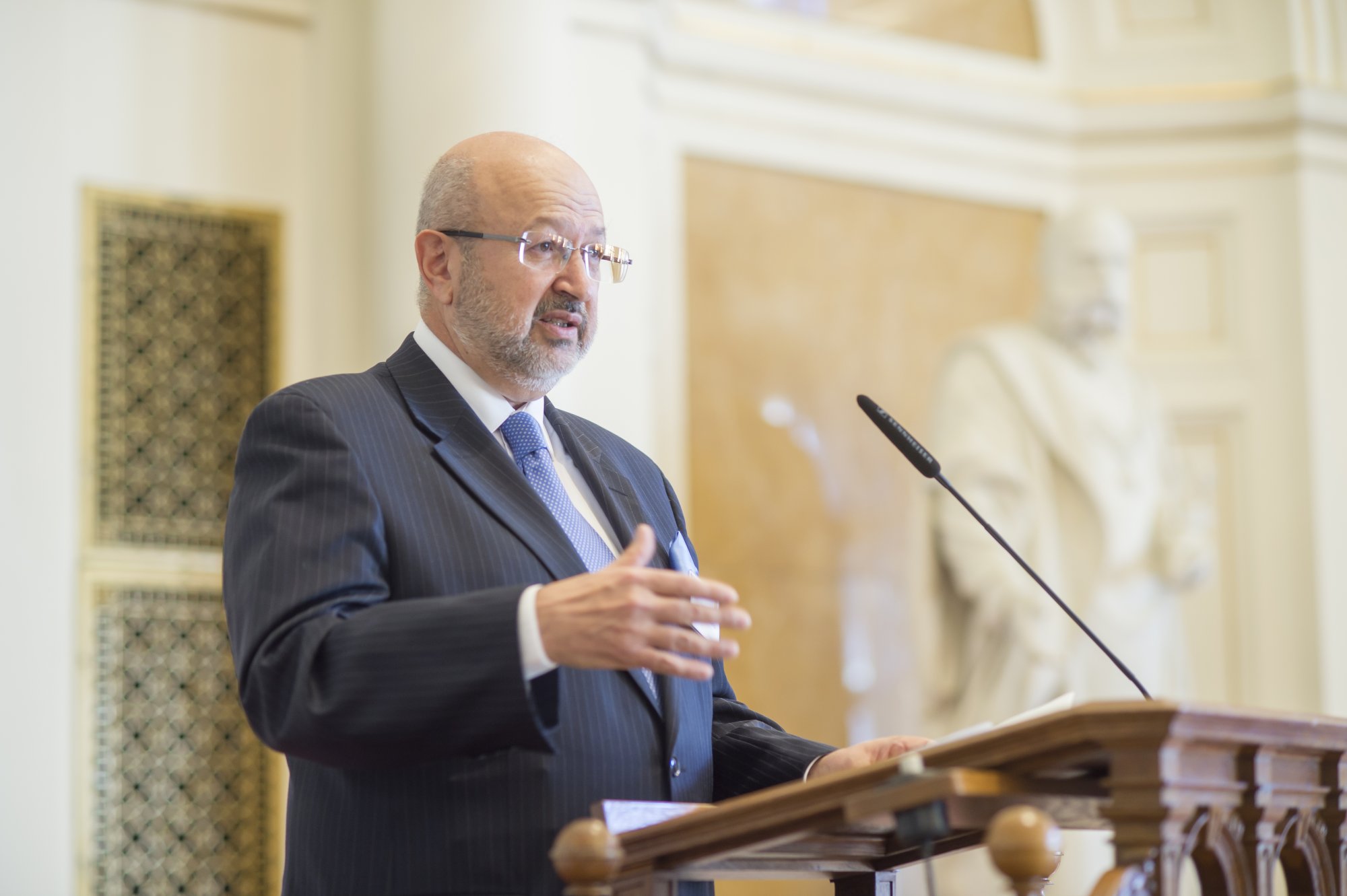 In this first interview since taking office in July 2017, Lamberto Zannier, the OSCE High Commissioner on National Minorities (HCNM) shares his views about the role of the OSCE in today’s polarized security environment. He also explains how most conflicts in the OSCE region are related, in one way or another, to the issue of non-inclusion and the failure of integration of national minorities. In this context, he calls for strong policies that favour integration, but not forced assimilation. Zannier also believes that he needs to be able to call for such policies in all countries concerned, also in the West. Finally, Zannier calls for support from OSCE participating States to be able to interpret his mandate in a way that is flexible enough to address some of the new challenges that are emerging. He also says that he may have to raise his voice publicly more often and in some cases, replace quiet diplomacy with a more vocal engagement.

Given your extensive experience of the OSCE, first as Director of the OSCE Conflict Prevention Centre then as OSCE Secretary General and now as OSCE High Commissioner on National Minorities, how would you assess the strengths and weaknesses of the Organization?

Among the main strengths of the OSCE are its inclusive membership and the consensus rule. This gives a lot of legitimacy to adopted decisions. I also think that the OSCE concept of comprehensive security is a strength. This concept is particularly relevant today as we are confronted with multifaceted challenges. For many of today’s challenges we need to take a comprehensive approach that includes not only security aspects but also economic factors and the human dimension. The OSCE has also proven its ability to be very cost effective in the way it operates on the ground, especially when compared to other international organizations.

When it comes to the weaknesses it is necessary to look at the current political climate. We are witnessing increasing polarization and less willingness to abide by some of the key rules and commitments that are enshrined in the basic OSCE documents. For an Organization like the OSCE this means a lot of difficulty to operate effectively.

What exactly do you mean by that?

Look at other international organizations such as the European Union or NATO. Both are much more ‘likeminded’ than the OSCE in the sense that the members have similar goals. In the OSCE the participating States are very diverse but the advantage is that everyone is included. What we therefore need in the OSCE is very strong leadership and this is why the Chairmanship is so important. And we also need clear investments by all participating States in the Organization. The lack of investment is clearly evident when looking at the OSCE budget discussions.

In general, it is much more difficult to promote the tools of cooperative security and dialogue in times of polarization, even though, in my view, they are absolutely fundamental. I would also like to add that today we do see emerging patterns similar to the ones that we saw during the Cold War when the Conference on Security and Cooperation in Europe (CSCE) was developed. However, today there is not enough investment in the tools of cooperative security and dialogue. This significantly increases the risk of conflict.

Looking more into the details of your current position as HCNM, could you explain how minority rights are connected to security and conflict prevention?

Almost all conflicts in the OSCE area are related in one way or another to issues of non-inclusion and the failure of integration. What we need in those cases are strong policies that favour integration, but not forced assimilation. Integration requires a good balance in the sense that the minority group needs to feel like an integral part of society, but at the same time be given the possibility to preserve its own identity, such as culture and language. In cases where these policies don’t exist or are ineffective, we witness separatism, crisis, conflict and even war.

For example, in a society where integration fails, marginalisation and social exclusion are often the result. This can lead to radicalization and even create violent extremism or terrorism. To address this, we are, for example, looking at how the lack of education could lead to radicalization among the youth. We have been launching initiatives in many areas, most recently in Central Asia, to fight this phenomenon.

We also see similar patterns evolving in Western countries. In this case, I try to push also Western governments to readjust their policies. The reactions that I am getting are not always positive. But I firmly believe that the HCNM and the OSCE in general need to be able to deal with all participating States in an equal way. This was the spirit of Helsinki. I remember being a delegate at the CSCE myself in the 1980s and being criticized for some of the policies in my own country, Italy. I had to explain and engage. This was a fruitful dialogue.

So, overall, my first duty as HCNM is to identify where the process of integration is failing and where it could lead to conflict. In such a case, I have to act to prevent it.

It works mostly behind the scenes through what we call quiet diplomacy. For example, I meet with foreign ministers, civil society and representatives of minority groups. I also have a mandate to provide early warning, which means that sometimes I also have to be noisy. If I raise issues of concern more publicly, I am able to exert pressure on all sides to convince them to address a potentially dangerous situation.

You have recently launched the Graz Recommendations on Access to Justice and National Minorities. What are the recommendations all about?

Access to justice for national minorities is fundamental to keep the balance in a society. It is not only about minorities’ enjoyment of rights, but also relevant to conflict prevention within and between states. When we speak about access to justice we mean everything from language and cultural considerations to legal assistance and reflecting diversity in legal institutions.Minorities should not be discriminated against when it comes to court decisions and this requires participation of members of minorities in the justice system.

I would also like to add that the Graz recommendations are not limited only to the traditional minorities but also to what we call new minorities. New minorities include for example migrants. They change the composition of societies, also in Western countries. It is important to include them in all of our work.

Do you usually get reactions from states when you issue new thematic recommendations?

Well, I do get reactions once I start implementing the recommendations. I have to say that the recommendations in general, also the ones issued by my predecessors, help a lot to address difficult situations in a more neutral way. It gives me the opportunity to tell all participating States how certain problems should be dealt with everywhere, in the entire OSCE region. This allows me to depoliticise my actions in a highly-polarized environment.

This year you are celebrating the 25thanniversary of the HCNM office. I guess this is a time to reflect on what has been achieved but also to look ahead into the future. Since you are relatively new in this position, what are you hoping to achieve in the foreseeable future?

First of all, I would like to make greater use of all recommendations and guidelines that have been developed by my predecessors and make them better known. My office is also working on a set of new recommendations dealing with the media and national minorities. I think that it would really make sense to solidify the recommendations and make sure that they are followed by all concerned.

In the foreseeable future, I may also need to raise my voice more often than in the past. Quiet diplomacy may have to be replaced at times with a more vocal engagement. I feel that I have a responsibility to do that. I will need support in order to be able to interpret my mandate in a way that is flexible enough to address some of the new challenges that are emerging. The mandate of the HCNM was developed in the early 1990s, but the situation has changed drastically since then.

For example, the definition of ‘national minorities’ is currently very narrow. I think we should look more at the notion of successful integration of diverse societies. We have countries in the OSCE that argue that they harbour no national minorities, but we do see divisions and risks of separatism even in those countries. We need to be able to support OSCE countries in addressing these hybrid situations. With the current interpretation of the mandate this is very difficult and therefore I would like to change that.

The interview was conducted in The Hague by Stephanie Liechtenstein, Web Editor-in-Chief.