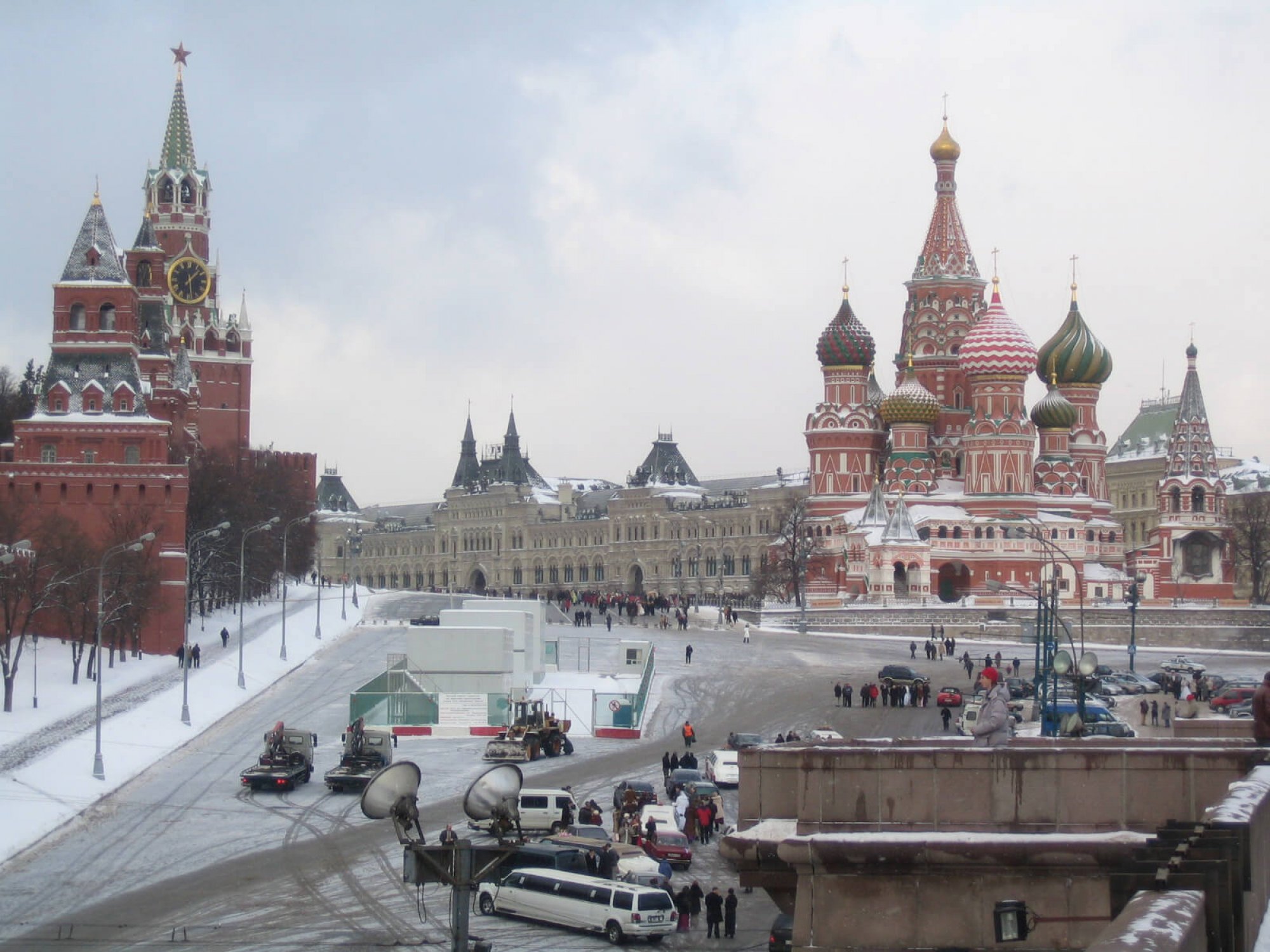 We Need to Talk: Fostering Dialogue Between Russia and the West

To stimulate dialogue, and taking advantage of the fact that Austria is this year chairing the Organization for Security and Co-operation in Europe (OSCE), IWM together with the Warsaw-based Casimir Pulaski foundation organized a roundtable on January 24 entitled “Options for renewing security dialogue in the OSCE area”. Participants from Russia, North America and Western and Central Europe exchanged views on the origins of the current crisis.

To stimulate dialogue, and taking advantage of the fact that Austria is this year chairing the Organization for Security and Co-operation in Europe (OSCE), IWM together with the Warsaw-based Casimir Pulaski foundation organized a roundtable on January 24 entitled “Options for renewing security dialogue in the OSCE area”. Participants from Russia, North America and Western and Central Europe exchanged views on the origins of the current crisis. Several lamented how the dream of a Europe “whole and free”—expressed in the 1990 Charter of Paris—had been dashed. The causes of Europe’s volatile security environment were discussed: not only the polarized relations between Russia and the West, the crisis in and around Ukraine, and dangerous incidents over the Baltic and Black seas; but also the broader context of the crisis in the Middle East, large flows of people on the move, fissiparous tendencies in the European Union, American isolationism, and the spread of populism and illiberal democracy. While opinions on these issues diverged, there was a common understanding on the urgent need for dialogue.

As Mikhail Gorbachev warned in a statement issued on the thirtieth anniversary of his historic meeting with President Regan on October 11, 1986, we are witnessing “the cult of force”. “We need to resume dialogue. Essentially abandoning it in the last two years was the gravest mistake”, he warned.

A similar conclusion was reached by a Panel of Eminent Persons on European Security as a Common Project (which was launched in December 2014). In their final report, entitled Back to Diplomacy (November 2015), they said that “this crisis can be resolved only through a robust process of active diplomacy”.

Russia seems to be saying the same thing—at least in words. At the 2017 Munich Security Conference, Foreign Minister Sergei Lavrov said: “Today, more than ever, we need a dialogue on all complex issues … actions based on confrontation and the zero-sum-game approach will not cut ice anymore”. Others have argued that the time is not ripe for dialogue on European security. It would reward Russia’s bad behaviour, particularly the annexation of Crimea. This is no time for “business as usual”.

The counter-argument is that the crisis in and around Ukraine is symptomatic of a bigger malaise, exacerbated by a serious failure in communication. As the Eminent Persons warned in their final report: “in the past many countries have misjudged the implications of their actions and have miscalculated the reactions of others. If they were to do so in the new circumstances this could lead to an even more dangerous confrontation”. As a result, not talking is riskier than the status quo. Indeed, precisely because the situation is so bad, it is important to avoid misperceptions, miscalculations, and mistakes. Talking only to your friends is bad diplomacy. In such a toxic environment, how can dialogue be stimulated between Russia and the West?

The OSCE is a suitable forum. It has a comprehensive approach to security including political-military issues, economic and environmental issues, as well as human rights and the rule of law. Decisions are taken by consensus: which makes reaching agreement di cult, but strengthens the sense of common ownership. Furthermore, the OSCE offers an inclusive environment that involves all stakeholders from Vancouver to Vladivostok. Too often in the past, after major conflicts, deals have been made about countries rather than with them. Concerns have recently been expressed that countries in-between Russia and the West could become subjects of new spheres of influence. As former Latvian President Vaira Vike-Freiberga put it at the Warsaw Security Forum in October 2016, “we don’t need another Congress of Vienna or Yalta”. Indeed, while some issues – like nuclear non-proliferation – will have to be discussed bilaterally between Washington and Moscow[1], some Western European countries fear that a bilateral Putin-Trump deal would be made at their expense. As a result, a structured, multilateral dialogue within the OSCE suddenly looks like a more attractive option.

In the past few months, meaningful steps have been taken to foster such a process. In an article published on August 26, 2016, the then OSCE Chairman-in-Office Frank-Walter Steinmeier called for “structured dialogue”.[2] In particular, he urged a relaunch on arms control. At the Hamburg Ministerial Council meeting on December 9, 2016, all 57 OSCE foreign ministers issued a declaration welcoming the “launching of a structured dialogue on the current and future challenges and risks to security in the OSCE area to foster a greater understanding on these issues that could serve as a common solid basis for a way forward”.[3] The Ministers declared that “together, we will work towards creating an environment conducive to reinvigorating conventional arms control and CSBMs [confidence and security-building measures] in Europe”.

As a follow-up, a number of countries circulated ideas on what sub- jects should be addressed. Some have called for more effective measures to reduce the risk of military accidents or incidents (although others say that this is a bilateral issue). There is also strong support to modernize the 2011 Vienna Document to enhance risk reduction mechanisms and consultations as regards unusual military activities. Several states have highlighted the need for more military-to-military contacts. ere have also been calls for reviewing military doctrines and updating existing arms control regimes to take into account new military capabilities, integrate new weapons systems, and enhance verification.

In the first few months the process will focus on perceptions of threats and challenges in the OSCE area as well as force posture and military doctrines. OSCE foreign ministers will review progress when they meet informally in Vienna on July 11. It is hoped that momentum can build by the time of the Ministerial Council meeting in Vienna in early December.

Political-military issues are a difficult entry point. But as Frank-Walter Steinmeier pointed out, “arms control agreements, history has demonstrated, are not the result of existing trust—they are a means to build trust where it has been lost”.[4]

There should be no illusions: dialogue will not resolve all differences. As William Burns cautioned, the reality is that the US’s relationship with Russia will remain competitive, and often adversarial, for the foreseeable future. “At its core is a fundamental disconnect in outlook and about each other’s role in the world.”[5] That is to be expected.

Yet there may be areas where interests converge. e challenge is to identify such “islands of cooperation”[6] and build on them. Where differences persist, e orts should be made to manage the confrontation rather than to let it fester or turn violent. For example, states may have different perceptions of what the risks are, but they should have a shared interest in risk reduction.

Furthermore, the very process of dialogue can help to restore trust. The key will be to find different formats to break out of the current gridlock. As Albert Einstein warned, doing the same thing over and over again and expecting different results is insanity. Something has to change. To that end, several meetings will be convened outside the traditional, formal setting of the Hofburg: perhaps a change in location can contribute to a change of mood. In addition, to engage academics, civil society, and youth, a number of events—like the one held at IWM— will be convened to hear alternative voices and generate new ideas.

In conclusion, dialogue is essential to reverse the dangerous downward spiral, and the OSCE is the place to have it. The process will be difficult. But as Steinmeier observed, “it would be irresponsible not to try”.[7]

*Dr. Walter Kemp is a former Director at the International Peace Institute (IPI) in Vienna. He is currently advising Austria’s Chairmanship of the OSCE. He is also a member of the Editorial Board of the Security and Human Rights Journal.

This article originally appeared in the IWM post, Magazine of the Institut für die Wissenschaft vom Menschen/Institute for Human Sciences, No. 119, Spring/Summer 2017.

[3] “From Lisbon to Hamburg: Declaration on the Twentieth Anniversary of the OSCE Framework for Arms Control”, MC.DOC/4/16, December 9, 2016.