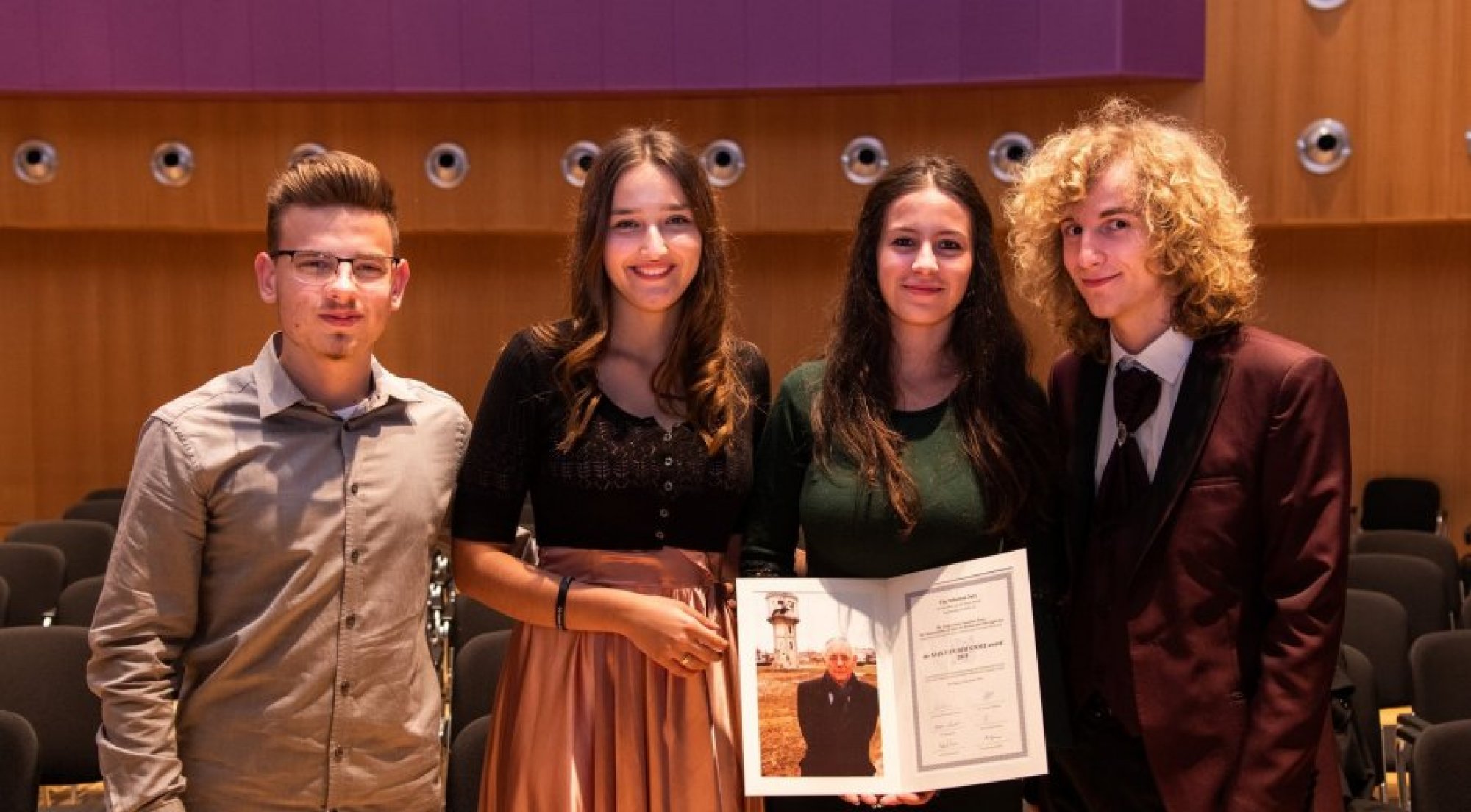 The Max van der Stoel Award took place in The Hague on 9 November 2018. The award recognized high school students from Jajce in Bosnia and Herzegovina for their activism, which prevented further segregation of the schools in Jajce.

Since the armed conflict between 1992 and 1995, many schools across the country have operated under the “two schools under one roof” system in which students are separated along ethnic lines. In Jajce secondary schools have been operating under a “united” system in which students are not separated. Following a decision by the authorities to separate the secondary schools, the students of Jajce began—and succeeded—in their campaign to stop the separation.

Ajla Vrebac, Azra Keljalić, Nikolas Rimac, and Tarik Šehić, current and former students who took a leading role in the campaign, along with two teachers, travelled to The Hague to accept the award.

The Max van der Stoel award recognizes outstanding work in improving the positions of national minorities. In your opinion, how does united education – as opposed to segregated education – improve conditions for students at school?

Nikolas: Our educational system as a whole is not perfect. Still, if you have a united union of scholars, not nationalities – just scholars – then you have unity, which means you will have something profitable—cooperation. By dividing us, you will not get any kind of strong force to be reckoned with. While people are together – also students – you can do something bigger. The principle is as simple as that.

Tarik: This award should be used to motivate people further to fight segregation in order to provide a better future for all generations, younger and older. Everyone should learn and take lessons from this fight.

What has happened since you prevented the separation of your school? What further progress has been made?

Does this mean that the fight needs to continue?

Azra: We also provide some support to schools that also want to fight segregation.

What would you like to do with the monetary reward, the 50.000 EUR, moving forward?

Nikolas: We have two high schools [in Jajce] where the principals do not really like each other, so we want to use the money cleverly, to establish something that would be outside the control of both schools. We want something that will not only benefit all students but the whole town. We would like to be able to give them everything they need, with just one condition—to be united.

Proponents of segregation in schools argue that having a “mixed” education system could lead to one group being favored above others. What do you make of this?

Nikolas: Well it made sense 25 years ago, but not now. The war is over which means that there is no need for the youth to be segregated. Today we urge to be together, more than ever.

Can you say something about the support from your local community and parents? Who was supporting you, who was against you, and why?

Tarik: The situation was not always easy in our local community. At some points [during the campaign], parents and teachers supported us, but at other points, they opposed us. I hope after receiving this award their opinions will change. I hope awareness of this will be much greater so that everyone will support students in their fight against segregation.

Many of you have said quality education will stop people from leaving Bosnia and Herzegovina. Do you feel that the “two schools, one roof” policy could also be causing people to want to leave?

Nikolas: Not everyone can leave Bosnia, or the Balkan states as a whole. What we are trying to do is stopping people from wanting to leave, but also to create hope for those who cannot leave.

What would you like to see the international community do to support your cause?

With your united schools, do you have friends from different “constituent ethnicities”?

Nikolas: We just have friends, we do not call them Bosniak or Croatian or anything, just friends.

How does it make you feel to have won the Max van der Stoel award?

Nikolas: It is a great recognition, but the award is nothing other than a basis to build further progress upon.

Azra: This award is very important for us because our work was recognized. We know that what we did was truly the right thing.

Tarik: It shows the potential of our generation and gives hope to future generations.