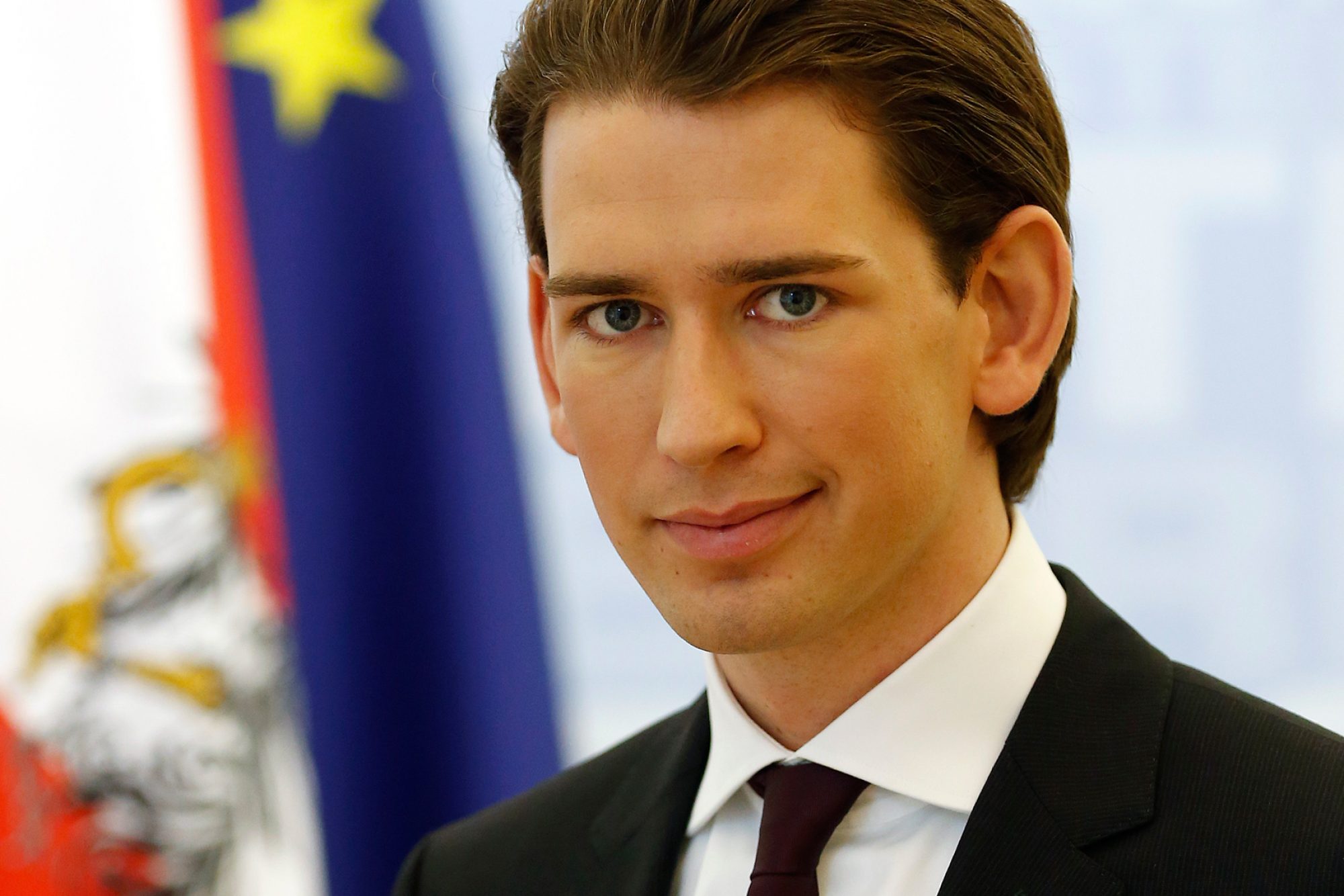 SHR Monitor: Foreign Minister, you will be chairing the Organization for Security and Cooperation in Europe (OSCE) throughout 2017. In your own view, where do you see the Organization’s main strengths and what would you say is the OSCE’s core business?

Sebastian Kurz: The OSCE brings together 57 participating States from a vast geographic area, from Vancouver to Vladivostok. The OSCE brings them together as equals, offering all participants a place for dialogue and exchange, even in the most difficult situations and conflicts. More important than geography, however, are the shared values and commitments to which our participating States have subscribed.

These are the “core business” of our organisation, and form the basis for its comprehensive approach to fostering long-term security and stability. It recognizes that security within states is essential for security between states. This comprehensive approach is matched by a wide array of instruments at the organisation’s disposal. These instruments – in particular the autonomous institutions and the field operations – allow the OSCE to make a crucial contribution to ensuring that its values are felt by the people on the ground.

These strengths make the OSCE the best place in Europe to begin rebuilding trust and resolving conflict. They enable the OSCE to play a pivotal role in addressing and resolving the challenges currently facing us, but for this the organization also needs the active support of all participating States.

SHR Monitor: In your capacity as OSCE Chairperson-in-Office you visited eastern Ukraine from 3 to 4 January. What was your general impression? What is the situation along the line of contact? Have you met members of the OSCE Special Monitoring Mission to Ukraine?

Sebastian Kurz: The objective of my visit was to see first-hand the situation at the contact line and to signal that the Austrian Chairmanship sees the crisis in and around Ukraine as one of its top priorities for the upcoming year. During my visit I was struck by the dire humanitarian conditions for the local population. The civilians in the conflict zone are the ones who suffer the most from this situation. I saw destroyed houses, cars queuing on both sides of the checkpoint and pedestrians, often elderly people and women, carrying heavy loads over the contact line to sustain their basic needs. The constant danger of shelling and small arms fire further aggravates the situation for civilians.

A lasting and sustainable ceasefire along the whole contact line is therefore more urgent than ever – also in view of the shelling of populated areas on both sides of the contact line. I had the chance to talk to members of the OSCE’s Special Monitoring Mission and to hear from them about their important work under extremely difficult circumstances. In particular, the safety of the monitors and freedom of movement of the mission and its equipment throughout the conflict area are of utmost importance to enable the mission to implement its mandate as agreed by all participating States.

SHR Monitor: How can Austria act as a bridge builder between Russia and the West? How do you expect the new US administration to position itself?

Sebastian Kurz: Following a long-standing tradition, Austria has served as platform for dialogue and international exchange and can draw on a rich experience as a bridge-builder between East and West. Austria has been a member of the European Union for more than twenty years, and has entertained good relations and cooperated closely with Russia for many decades.

As neutral country and host to more than 40 international organisations, among them the UN and the OSCE, Austria is well placed and has many times served as location and platform for dialogue and international peace talks. Let me just recall the summit meeting between US President J.F. Kennedy and the Soviet leader Nikita Khrushchev in Vienna in 1961 and the signature of the SALT II-Treaty by Jimmy Carter and Leonid Brezhnev in Vienna in 1979 or, more recently, the historic Iran Nuclear Deal reached between Iran and the E3/EU+3 in Vienna in 2015 and the talks on Syria in 2015 and on Libya in 2016.

Although we have differing views and contrary legal opinions on a number of issues, we are convinced that solid relationships between all OSCE participating States is of mutual interest. During our Chairmanship, we intend to play the role of an honest broker, helping to bridge not only the gaps between East and West, but between the various opinions, perceptions and narratives. Constructive, values-based engagement and political dialogue are key to resolving outstanding problems.

With regard to the new US administration, I can only say that the relationship between the US and Russia is of great importance to the whole world, and that I therefore hope that both sides will commit themselves to improving and re-establishing a positive and productive relationship on a bilateral level and within the OSCE.

SHR Monitor: How can economic connectivity between Russia and the West be improved without reducing sanctions?

Sebastian Kurz: Enhancing economic connectivity is not only about Russia and the West. Working towards the vision of a better connected OSCE space is in the interest of all participating States.

We therefore want to further develop co-operation in the fields of trade, transport, border management, energy, environment and other areas of economic activity throughout the OSCE area. This will not only contribute to enhancing connectivity, prosperity and economic development in the OSCE area, but also to reinforcing trust, peace, stability and security. At the December 2016 Ministerial Council in Hamburg, all 57 participating States agreed to further promote connectivity throughout the OSCE area (which already accounts for over half of global trade).

There are huge economic and political benefits of interconnectedness, both at micro-level, such as in conflict regions, and at macro-level through enhanced dialogue between integration processes. We want to keep these issues high on the OSCE agenda this year, regardless of the discussions on restrictive measures in other fora.

SHR Monitor: Your predecessor, German Foreign Minister Frank-Walter Steinmeier, started an initiative to re-launch a dialogue on arms control within the OSCE. This is of central importance, given Russia’s 2007 suspension of the Treaty on Conventional Armed Forces in Europe and its opposition to the modernization of the Vienna Document on Confidence- and Security-Building Measures (CSBMs). The initiative by Foreign Minister Steinmeier was successful as OSCE participating States committed themselves at the OSCE Ministerial Council meeting in Hamburg to explore how the negative developments concerning the conventional arms control and CSBM architecture in Europe can be reversed. How do you intend to implement this important mandate?

Sebastian Kurz: We have witnessed a worrying trend of a gradual erosion of the conventional arms control regime in Europe, which has led to unpredictability and mistrust. An effective conventional arms control regime is an essential component of our common security architecture. In this regard, the initiative by Minister Steinmeier, which we support as a member of the group of like-minded states, is an important attempt to reverse this trend.

In times of prolonged military conflicts within the OSCE area and transnational threats from outside, it is necessary to work together towards a greater understanding among participating States and find common ways on how to adapt our politico-military tools to today’s challenges. This includes strengthening CSBMs, modernizing the Vienna Document, and reinvigorating conventional arms control. Austria will attempt to act as a bridge builder also in this regard.

As a first step we will consult within the OSCE Troika and together with the Chairmanships of the Forum for Security Co-operation on how to best implement this mandate on launching a structured dialogue. Such a dialogue should focus on current and future challenges and risks that affect us all, on differences in threat perceptions, and how we can find common ground for a framework that effectively prevents conflicts and military confrontation. We must focus on the mutual benefits to be gained from increased military transparency, predictability and stability in the OSCE area, to which a comprehensive and inclusive future arms control regime can contribute.

SHR Monitor: Do you think Austria’s poor bilateral relations with Turkey will harm efforts to build consensus as OSCE Chair?

Sebastian Kurz: We are committed to building consensus with all OSCE partners on the basis of our shared values and interests in Europe, the OSCE and beyond. Bilateral differences should not have a place in a multilateral framework. Turkey remains an important partner for Austria, bilaterally and within the OSCE. Furthermore, many of our Chairmanship priorities deal with shared concerns and interests, for instance the prevention of radicalisation of young people and the fight against terrorism.