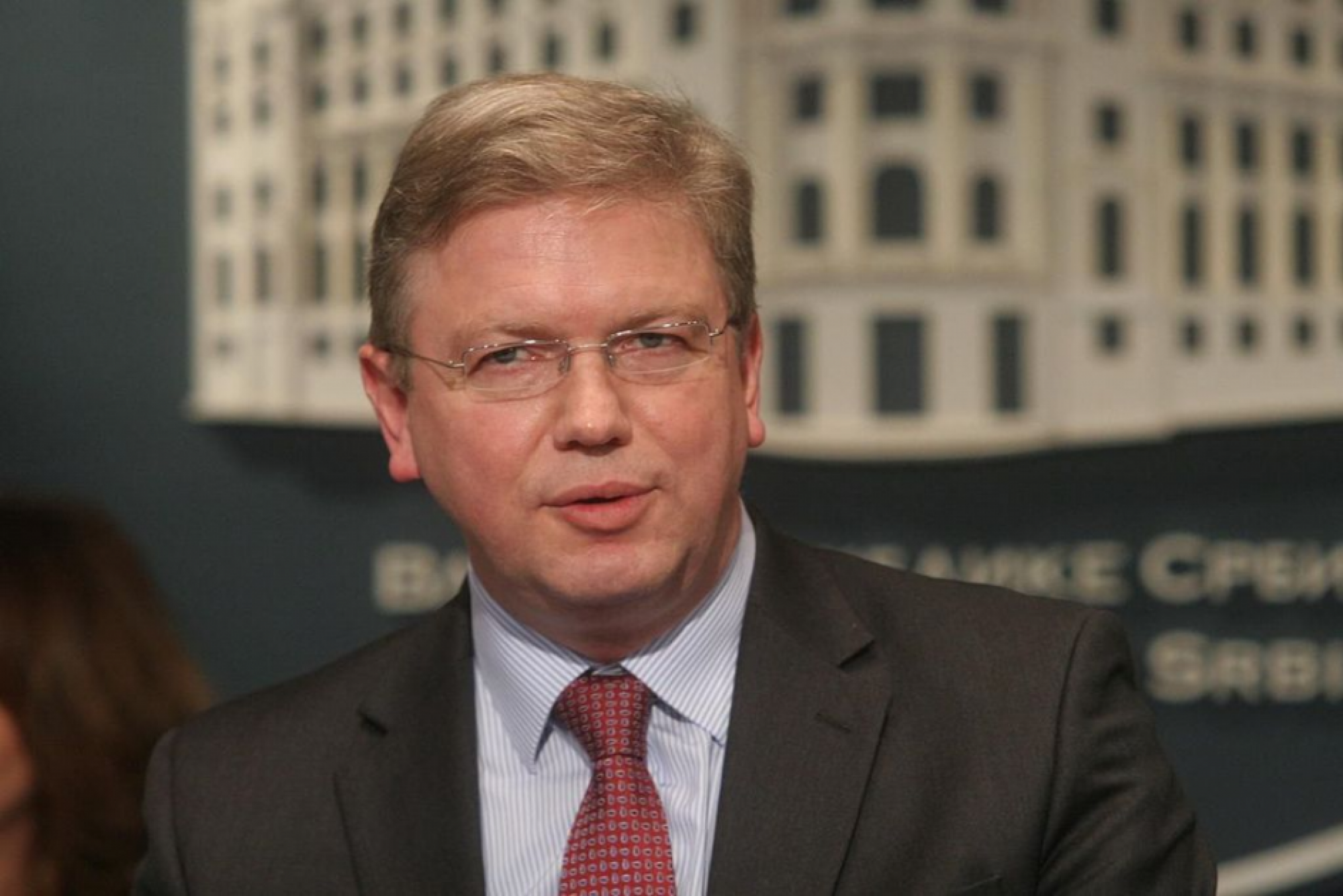 Štefan Füle: I would like to make four points on this issue.

First, I view the 2011 Ministerial Council decision as very important, especially regarding the tasks of the Secretary General (SG). I would like to stress the strengthening of the Conflict Prevention Centre and turning it into a focal point for collecting information, analysing it and for issuing an early warning to participating States. I would also like to highlight in this context the strengthened mandate of the SG, particularly the issue of coordination with other OSCE executive structures.

Second, as the situation in the OSCE area evolves, so should also this Organization and its capacities and instruments in order to be able to address all future challenges. In this framework, I believe that the role of the SG is of continued pivotal importance.

Third, I nevertheless see a lot of space and opportunities in a role of the SG as defined in the current mandate and I would do everything to ensure that the current mandate and instruments are used to their full extent. This can best be achieved if efforts are coordinated efficiently within the OSCE and with our Partners and other international and regional organizations and institutions. We also need to ensure sustainability of the resources that are available to us, while focusing on the core business of the OSCE.

Fourth, I would like to point out that the situation in the OSCE area has changed significantly since the adoption of the Ministerial Council decision in 2011. Today we see more distrust and less confidence. I also see a lack of sincere dialogue; to me it rather looks like a series of monologues. I am not sure these are necessarily the best conditions for discussing a further strengthening of the mandate. Or rather, that this is enabling environment for Ministerial Council Decision of 2011 to have an impact as expected. Therefore, my primary task would be to contribute to the creation of the conditions that will enable the Organization to fully deliver on its current mandate, including on tangible progress in addressing the protracted conflicts. For that, I strongly believe that we need to come back to a comprehensive approach to security and a real dialogue, respecting each other’s views.

Štefan Füle: Let me first say that I respect all other contenders very much. The participating States have put forward very strong candidates for this post.

In my own career, there are two specific aspects that I would like to highlight: First, I am offering both qualities that the post of SG requires, meaning I could be both, the Secretary and the General at the same time. I have very strong managerial experience, running multinational, regional and sub-regional projects, worth billions of Euros per year. I also have specific experience in the security field, dealing with reform and democratization of armed forces. At the same time, I have political experience and contacts, including within other international organizations, at the highest level all over the region. I see the cooperation between the OSCE and other organizations as very important. So, the value added that I am offering is a combination of a strong manager and political experience.

Second, I studied in the East and then I continued my career in the West. In addition, I come from a country from the heart of Europe, which benefited from the fall of the Iron Curtain and from the subsequent deep transformation. All of this experience has helped me to learn how important it is to reach out and build sustainable bridges. I learned how important diplomacy is, how important it is to sit down at the negotiating table and find compromises, instead of going for megaphone diplomacy.

SHR Monitor: Where do you see the main role for the OSCE in the next years?

Štefan Füle: I am hoping very much that during the term of the next SG, we see the turn of the tide. However, before that happens, it is extremely important to strengthen those elements within the OSCE, which are relevant for facing the current challenges. This includes safeguarding the OSCE acquis as set out in the 1975 Helsinki Final Act and the 1990 Paris Charter. We need our enduring commitments to those core principles.

We also have to strengthen our efforts to make better use of the unique characteristic of the OSCE, meaning the comprehensive approach to security. We also have to use the OSCE to engage in a sincere dialogue in order to build trust and confidence and common action to ensure a win-win approach. I hope very much that in the future we will be able to deliver on the vision of a genuine common space of values, principles and implemented commitments from Vancouver to Vladivostok.