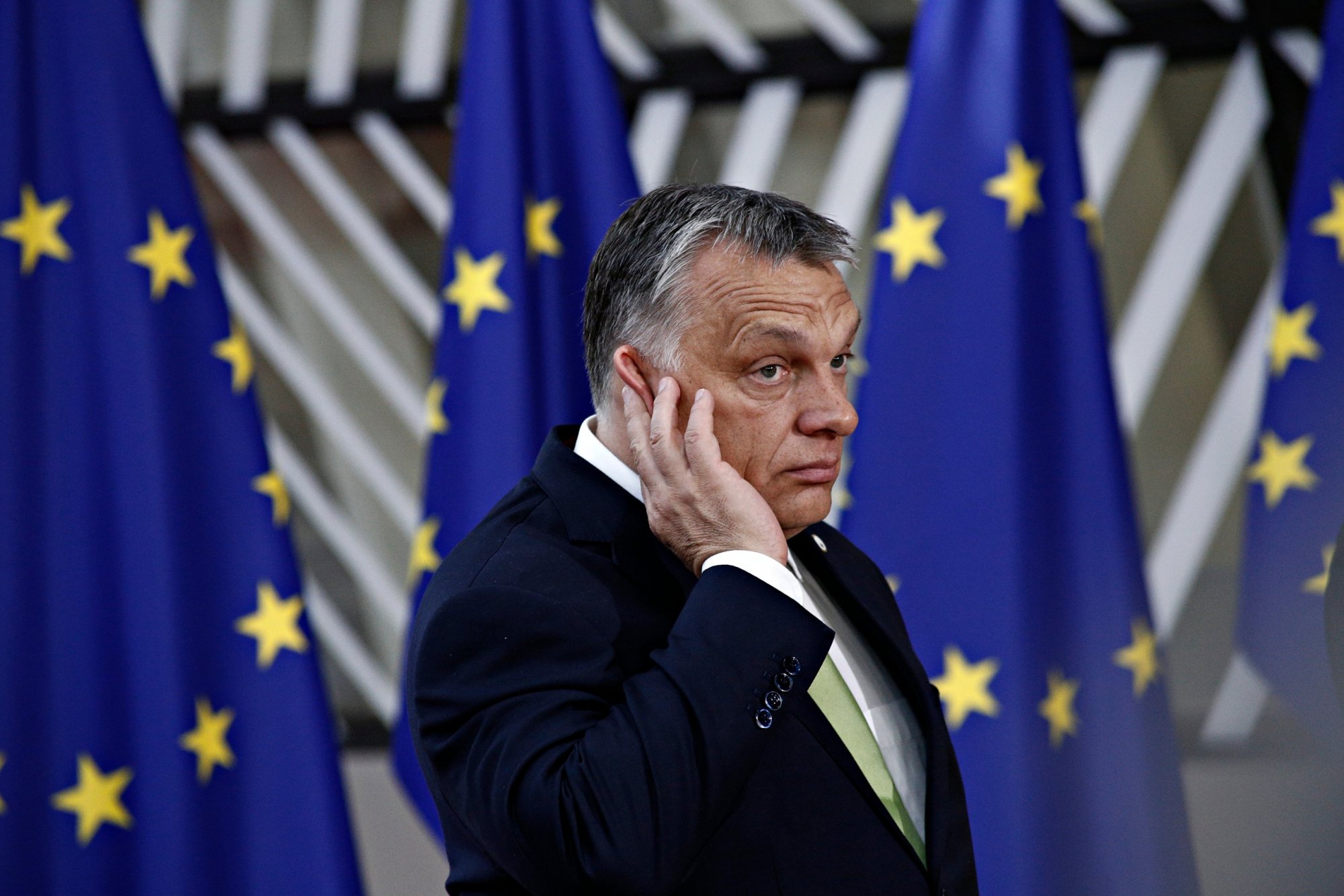 Hungary’s emergency law demands a response by the OSCE

The coronavirus pandemic is spreading quickly globally and many countries in the OSCE region are adopting extensive and unprecedented measures to contain the outbreak. Protecting people from COVID-19 and saving lives has become a top priority.

Yet, in some countries measures to tackle the spread of the virus have come under criticism, due to the fear that increased government power might be misused to undermine democracy, the rule of law, fundamental rights, and also the freedom of the media.

In Hungary, for example, Viktor Orbán’s Fidesz party, which holds a two-thirds majority in parliament, passed a law granting the Prime Minister the power to rule by decree with no clear end date. The legislation is being criticised by opposition parties and human rights groups for containing no clear timeframe. The law also introduces prison terms for spreading disinformation about the virus, raising fears that this could be used to silence critical journalists.

Yet, Prime Minister Viktor Orbán maintains that the measures are needed to fight the spread of COVID-19. Many governments in Europe have enacted similar emergency measures, but generally with a timeframe limited to between 30 and 90 days.

In reacting to this, nineteen European Union (EU) member states issued a statement, calling for coronavirus emergency measures to be in line with democratic standards. The statement does not name Hungary directly, but clearly raises issues contained in the country’s emergency law.

In addition, thirteen of Europe’s centre-right political leaders have asked Donald Tusk, the president of the conservative European People’s Party (EPP), to expel Orbán’s Fidesz party from its ranks. Yet, the EPP remains divided on how to move forward and therefore an earlier suspension of Fidesz is being upheld for the time being.

The OSCE also reacted to the emergency law in Hungary by issuing several statements.

Ingibjörg Sólrún Gísladóttir, the Director of the OSCE Office for Democratic Institutions and Human Rights (ODIHR), said that “a state of emergency – wherever it is declared and for whatever reason – must be proportionate to its aim, and only remain in place for as long as absolutely necessary”. She also offered ODIHR’s “support, assistance and expertise” to Hungary.

The OSCE Representative on Freedom of the Media, Harlem Désir, also expressed his concerns about provisions of the coronavirus response draft bill in Hungary, saying that it could “negatively impact the work of the media reporting on the pandemic”. “I fully understand the need to combat false information during a health emergency, however, there is a great risk that the new regulation will not so much penalize the disseminators of harmful disinformation but instead make the work of independent journalism more difficult,” Désir said.

There was also a more general joint message to the OSCE community (preceding the Hungarian parliament’s decision), singed by the Chair of the Permanent Council, the OSCE Secretary General, and the heads of the three OSCE institutions, in which they jointly call on the OSCE community to work together in “solidarity and cooperation” to stop the pandemic. They also emphasise that any “emergency measures should be proportionate, temporary, and in compliance with the rule of law and international commitments”.

While those statements are important, more needs to be done, particularly in light of the fact that the EU failed to respond decisively.

After all, Hungary is part of the OSCE and has signed up to all OSCE commitments in the human dimension, including the 1991 Moscow Document of the CSCE Conference on the Human Dimension. The document declares that “a state of public emergency may not be used to subvert the democratic constitutional order, nor aim at the destruction of internationally recognized human rights and fundamental freedoms. If recourse to force cannot be avoided, its use must be reasonable and limited as far as possible.”

But can the OSCE do anything more concrete? Three immediate options are available.

The PC not only takes crucial decisions for the day-to-day business of the OSCE, it also provides an opportunity to raise issues of concern in OSCE countries. By doing so, OSCE participating States exert peer pressure and hold each other accountable. This may seem weak and toothless, but it is an effective way of keeping dialogue open, even during difficult times.

Yet, due to the coronavirus pandemic, all PC meetings in Vienna are currently suspended and dialogue is interrupted. It would therefore be crucial for the Albanian OSCE Chairmanship to consider convening a virtual PC meeting quickly – if possible in video conferencing format – to enable the continuation of dialogue, and to seek greater clarity on Hungary’s actions in relation to their OSCE commitments.

Second, the OSCE’s independent institutions can offer expertise and support to Hungary. The Representative on Freedom of the Media can advise on legislation on media freedom, particularly in times of crisis. ODIHR can provide concrete advise and expertise on laws related to the human dimension. It is up to Hungary to make use of this important resource.

Third, if the state of emergency in Hungary is abused, OSCE participating States can launch a so-called human dimension mechanism. Such mechanisms are usually invoked once cooperative approaches fail to produce any positive results, and trust and dialogue break down.

In case of unsatisfactory responses, bilateral meetings can be arranged to discuss specific situations of concern. Both steps are of a non-voluntary nature. In case no solution can be found, the mechanism ends with the right of the initiating state(s) to inform other participating States as well as OSCE bodies, including the PC.

This mechanism is based on the idea that through questions, answers and dialogue, situations can be clarified and resolved, without being hindered by the infamous ‘non-intervention principle’.

The Moscow Mechanism builds on the Vienna Mechanism and takes it one step further. It ranges from expert missions at the invitation of the state concerned, to the possibility for groups of participating States to establish rapporteur missions that can be dispatched to “establish facts, report on them and give advice on possible solutions to the questions raised”, even if the participating State in question (for example Hungary) does not explicitly invite the mission. The final report by the rapporteur mission can also be discussed by the PC and any possible follow-up action can be decided there.

The Moscow Mechanism has been invoked several times, the last time in November 2018 when sixteen participating States asked a rapporteur to provide an account of alleged human rights violations and impunity in the Chechen Republic of the Russian Federation.

Keeping an eye on developments in Hungary is important and all three options – as explained above – are useful instruments in the OSCE’s toolbox. Yet, a realistic assessment of the situation, and also taking note of Viktor Orbán’s track record, will probably lead to the conclusion that the more cooperative approaches will not bear much fruit.

Democracy has been under pressure in Hungary for several years. Viktor Orbán’s government has targeted foreign-funded NGOs, tightened control over courts, forced the Central European University out of the country, and exerted pressure on media pluralism.

If participating States do not want their OSCE commitments to be violated, a clear signal needs to be sent to Hungary. While leadership is needed in a time of crisis, a health emergency should not be abused to consolidate power. Failure to act will undermine the multilateral system and the OSCE’s credibility. It also could encourage others to follow Orbán’s path to illiberal democracy. This would be a nasty side effect of the coronavirus pandemic.