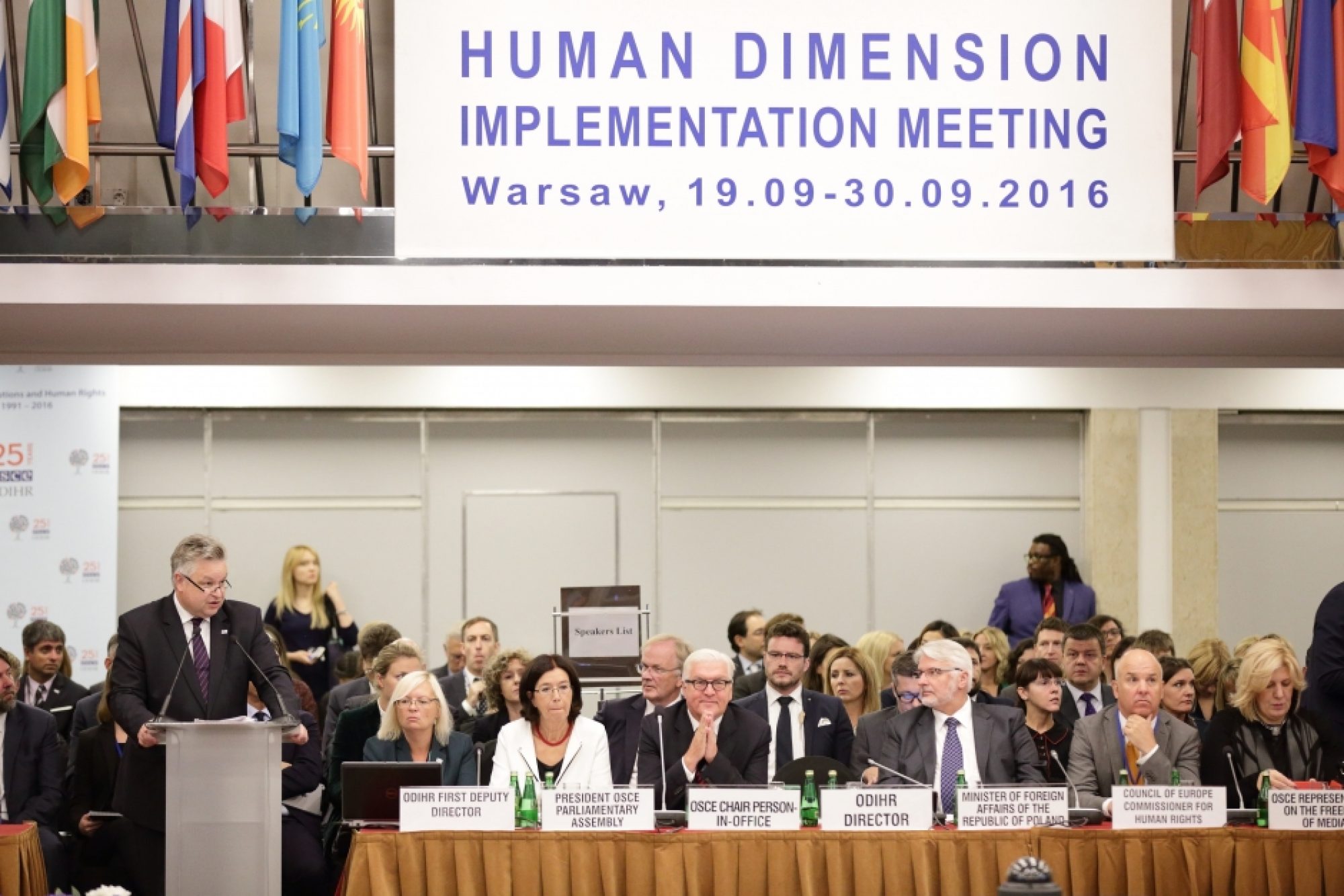 Guest Blog Entry: OSCE Needs to ‘Catch Up’ on Rights

“The OSCE needs to catch up with the real world” was the blunt assessment of Kenneth Roth, Human Rights Watch’s executive director, at the annual human rights conference this week in Warsaw of the Organization for Security and Co-operation in Europe (OSCE).

Action on human rights violations in the OSCE region – which includes Europe, the US and Canada, and countries of the former Soviet Union – is so urgent that the Vienna-based intergovernmental body should on certain issues modify its consensus-based decision-making process to overcome the veto powers of individual members, known as participating states, Roth said.

In recent years, political divisions within the OSCE have severely hampered concerted action to prevent human rights abuses. Russia’s occupation of Crimea and the conflict in eastern Ukraine have caused the deepest crisis within the OSCE in decades.

Speaking at the opening of the OSCE rights conference, called the Human Dimension Implementation Meeting, Roth said consensus-based decision-making among the OSCE’s 57 participating states was sometimes appropriate, such as when developing new OSCE standards: “But consensus for the basic acts of monitoring and reporting on human rights violations, or for the budgetary allocations to finance that basic work, should not be required on a case-by-case basis.”

Roth said that on this issue, “the OSCE is the poor cousin to the United Nations.” He noted that in comparison to the OSCE, no UN member country has the power to prevent the UN High Commissioner for Human Rights or the various special rapporteurs from doing their work.

Roth urged the OSCE to live up to its original mandate of recognizing respect for human rights as an integral part of security. “Human rights are not a soft option. They are an essential foundation for peace.” As an example he pointed to Tajikistan, where “a longstanding peace accord premised on inclusion of opposition political parties is being torn asunder by the government’s current suppression of the opposition.”

Frank-Walter Steinmeier, Germany’s foreign minister and the OSCE’s chairperson in office this year, admitted at the conference that this link between security and human rights had “become fragile.” He criticized some countries for arguing that universal human rights principles clashed with their “cultural traditions.”

Roth said that the Moscow Mechanism, an OSCE instrument adopted in 1991 that can be initiated by a group of participating states to investigate human rights violations in an OSCE member country, should be “dusted off.” The mechanism has only been used twice since 1999. Such tools, which do not need consensus, can be useful when an abusive government is “putting narrow national interests ahead of the overriding human rights mandate of the OSCE” Roth said.

This article was originally published on 21 September 2016 by Human Rights Watch.