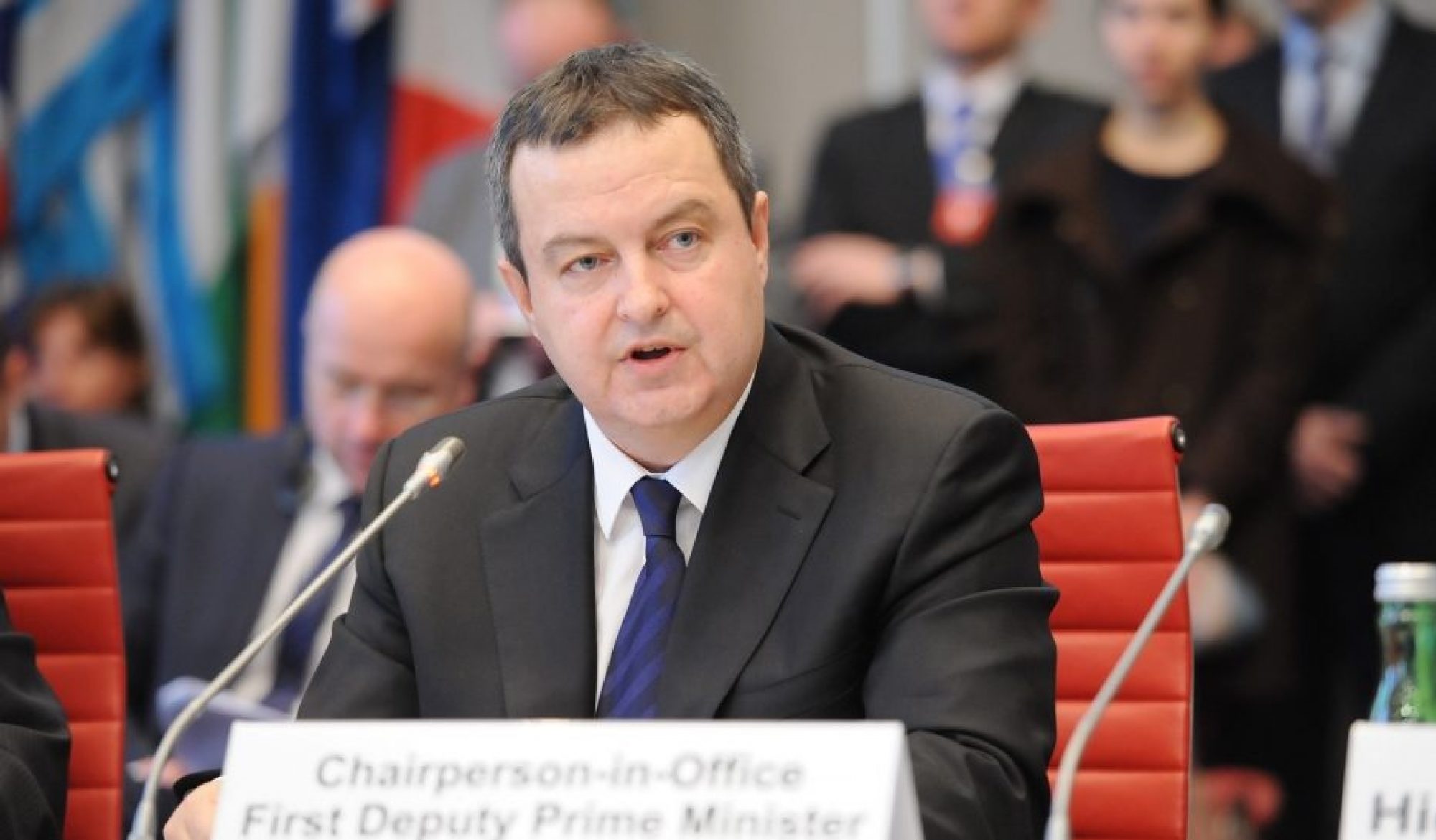 Between the EU and Russia: Opportunity or Dilemma for Serbia’s OSCE Chairmanship?

On 15 January, OSCE Chairperson-in-Office, Serbian Foreign Minister Ivica Dačić outlined the priorities of the 2015 Serbian OSCE Chairmanship at a meeting of the OSCE Permanent Council in Vienna. Foreign Minister Dačić stressed that the main priority of the Serbian Chair would be to continue supporting a peaceful resolution of the crisis in and around Ukraine. In this context, he expressed support for the work of the Trilateral Contact Group, the Special Monitoring Mission to Ukraine and their respective roles in helping to implement the Minsk protocols as well as the peace plan for the east of Ukraine.

With reference to the previously agreed-upon Swiss-Serbian joint work plan, Serbia has decided to reappoint Swiss diplomat Heidi Tagliavini as Special Representative in Ukraine and in the Trilateral Contact Group. Similarly, Swiss diplomats Angelo Gnädiger and Gérard Stoudmann will remain in their functions as Special Representatives for the South Caucasus and for the Western Balkans, respectively. In addition, Serbia will follow-up on certain topics that have already been worked on under the 2014 Swiss OSCE Chairmanship. These include counter-terrorism efforts, such as dealing with the phenomenon of returning foreign fighters, as well as anti-corruption efforts, disaster risk reduction, modernizing the Vienna Document, strengthening security sector governance and enhancing the involvement of youth in the work of the OSCE. Regarding the human dimension, Serbia intends to focus on freedom of expression and freedom of the media, including safety of journalists, a priority which has been on the agenda of the last three Chairmanships. (This topic has gained additional relevance in light of the recent terrorist attack on the staff of the French satirical magazine Charlie Hebdo.) The fact that Serbia follows-up on priorities of previous OSCE Chairs and recent Ministerial Council decisions is a positive development, as this leads to increased continuity and a more focused OSCE agenda.

Yet, the success of Serbia’s OSCE Chairmanship will very much depend on how it will reconcile its relations with the EU and Russia. Given Belgrade’s divided political and economic loyalties, this will not be an easy task. On the one hand, Serbia wants to advance its EU membership agenda and for this purpose has initialed an EU-brokered agreement on Kosovo in April 2013. In addition, the EU is Serbia’s largest trade partner and therefore vital for its struggling economy. On the other hand, Serbia wants to attract foreign direct investment from Russia and depends on Russia for its gas supply. While Serbia continues to stress that its overall political goal remains EU membership, its loyalties to Russia remain in place. Serbia and Russia are not only bound together by Slavic brotherhood and shared Orthodox faith; Belgrade has also refused to join EU sanctions against Russia for its actions in Ukraine and was absent when the UN General Assembly in March 2014 passed a vote condemning the illegal annexation of Crimea by Russia. In exchange for these loyalties, Russia continues to maintain that Kosovo remains a part of Serbia.

The strong ties between Serbia and Russia were exemplified during President Putin’s October 2014 visit to Belgrade on the occasion of the 70th anniversary of the liberation of Belgrade from Nazi occupation. During the visit, Serbia and Russia concluded agreements on Russian investment into Serbia, particularly into its railway system as well as on issues such as military technical cooperation and energy efficiency.

What came as a surprise though was the cancellation of the South Stream gas pipeline project by Russia in December 2014. Serbia would have greatly benefitted from gas transit fees and investment resulting from the construction of parts of the pipeline on its territory. It remains to be seen whether this decision will prompt Belgrade to attract more EU investment or whether it will look to Moscow for more money.

Hence, Serbia is caught between the EU and Russia and this has been exacerbated by the Ukraine crisis. Yet, in its capacity as OSCE Chair, Belgrade has to lead the OSCE’s efforts in the management of the Ukraine crisis in an even-handed way. It has to help build consensus among the 57 states, act as honest broker and ensure that “its actions are not inconsistent with positions agreed by all the participating States”, according to a 2002 ministerial decision. This will become very difficult if Serbia continues to try to please both the EU and Russia and thereby risks becoming a punching bag between the two sides. However, Serbia could turn this position to its advantage by being a bridge or broker between the two sides. It has a national interest to have good relations with both Russia and the EU and as OSCE Chair it has a vested interest for both sides to improve their relations with each other, and de-escalate the crisis in Ukraine. This point was made by Serbian Foreign Minister Dačić who stressed at a press conference in Vienna on 15 January “we are not going to resolve great world crises, but assist in dialogue between all sides since we have good relations with all sides.”

Serbia is helped by the fact that it is in a strong Troika flanked by Switzerland and Germany. Berlin has already worked closely with Switzerland in 2014 as the Ukraine crisis unfolded and continued to escalate. It is therefore wise, as Foreign Minister Dačić has said, that Serbia intends to make use of OSCE Troika meetings on a ministerial level as much as possible. This support will be crucial as Serbia deals with tough challenges like negotiations on the prolongation of the mandate of the Special Monitoring Mission, dealing with the rapidly deteriorating situation in eastern Ukraine and working with all sides towards the immediate implementation of a ceasefire, just to mention a few.

If Serbia assumes leadership and actively drives the process, it will not only be respected by all sides, but its special relations with all key parties could turn out to be an advantage. Similarly to Switzerland, Serbia is not an EU member state. In addition, it has good relations with Russia. This could help to win over Moscow, which is of particular importance as any long-term solution on Ukraine has to include Russia.

If handled badly, Serbia will be torn between the EU and Russia and will let others dictate the process. This would undermine the OSCE’s special role in the management of the Ukraine crisis, something that Switzerland in 2014 has worked so hard to achieve.

Therefore, let us hope that Serbian diplomacy can build bridges between the EU and Russia. This will be a delicate and challenging process. But if successful, it will bring dividends to its own foreign policy, and to the wider stability of Europe.