Albanian Mission to the OSCE 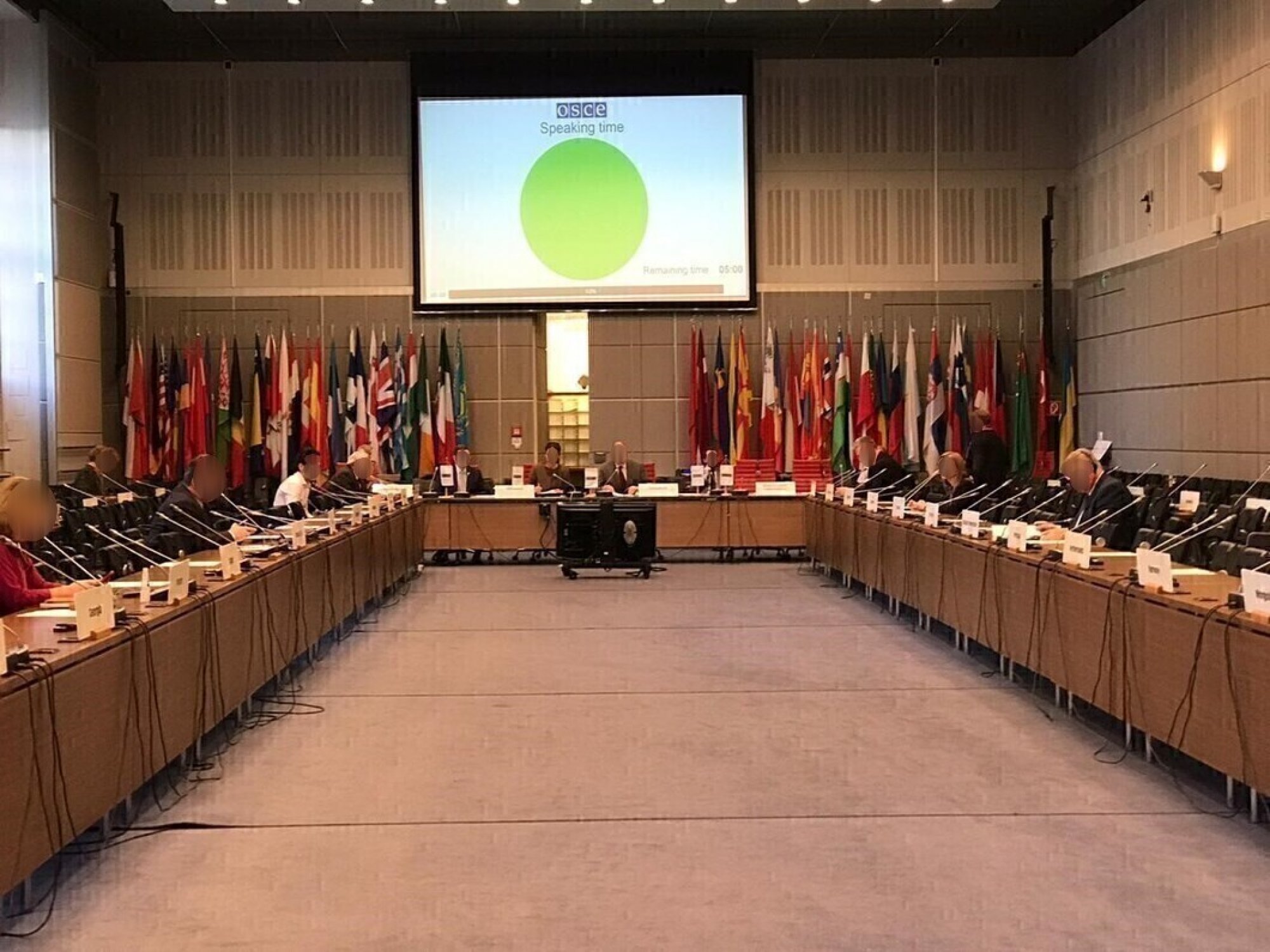 Diplomacy in times of lockdown

Like all other institutions and businesses in Austria, the OSCE has been directly affected by the corona virus pandemic. The OSCE Secretary General in Vienna had to instruct staff to work from home. Only a small number of key personnel, specifically authorized by the OSCE Secretary General, are still working on the OSCE’s premises in Vienna’s first district. In addition, duty travel has been cancelled, and OSCE conferences and events have been postponed until further notice.

This is in line with Austrian corona virus laws, where strict restrictions on movement have been imposed, and schools, restaurants, bars, and all entertainment are closed until at least 13 April.

Taking regular decisions is important in order to ensure the continuous functioning of the most critical OSCE operations. Some decisions can be postponed, while others cannot, like, for example, the decision on extending the mandate and increasing the budget of the OSCE Special Monitoring Mission (SMM). The SMM is the OSCE’s flagship operation in eastern Ukraine that observes and reports on the situation on the ground, and facilitates dialogue among the conflict parties.

Formally adopting this decision became an urgent matter as the SMM mandate would have expired on 31 March. Without timely extension, the 750 civilian monitors would have had to leave the country immediately and the OSCE would have lost its most important field operation.

The Albanian Chairmanship therefore had to take quick action and, with a bit of creativity, managed to pass the decision in the midst of the corona crisis.

Negotiations on increasing the budget and extending the mandate of the SMM had been ongoing for several weeks. But with the corona virus pandemic, everyone became aware that given new corona virus laws in Austria, it would not be possible to hold endless meetings with representatives from 57 countries.

Negotiations and meetings at the committee level were therefore intensified and held online, according to one diplomat familiar with the situation. Once the text was moving closer to consensus, the Albanian Chairmanship called for a special meeting of the Permanent Council on 19 March.

During normal Permanent Council meetings, the Neuer Saal at the Hofburg, the OSCE’s main meeting venue in Vienna, is packed with at least 150 diplomats. But this time there were only a handful of diplomats in the large meeting room, among them the Albanian Chairmanship, the OSCE Secretary General, the Ukrainian representative as well as the Croatian representative on behalf of the 27 EU member states, as the SHR Monitor learned from several sources.

At this meeting, the decision was formally adopted, as the Chairmanship received no objections in written or oral form. The SMM mandate was thus extended until 31 March 2021 with an increased budget of 108,9 Million EUR. (The SMM’s budget is separate from the annual OSCE budget).

Given the swift reaction by all OSCE participating States and the Albanian Chairmanship, the OSCE’s most critical operation in eastern Ukraine will thus continue to function, even with an increased budget.

Though the initial goal was to achieve a 10% increase in the SMM’s budget, which would have amounted to around 10 Million EUR, after negotiations the participating States were eventually able to agree on an 8% increase.

The SHR Monitor reached out on this point to the OSCE Secretary General Thomas Greminger for comment. “The SMM can live with the 8% budget increase and will be able to implement the tasks by the Normandy Four Leaders spelled out at their Summit in Paris last year. Any potential additional tasks, however, would have to be accompanied by additional financial resources,” Greminger said.

Leaders from France, Germany, Ukraine and Russia noted the need to enhance the SMM’s capacities at their Normandy Four Summit in Paris last year. They considered an upgrade of the mission’s human and technical capabilities necessary in order to move to 24/7 monitoring, including during the night.

The OSCE Chairperson-in-Office, Prime Minister and Minister for Europe and Foreign Affairs of Albania, Edi Rama, welcomed the extension of the SMM mandate. “The mandate renewal will ensure the SMM continues to make a huge difference on the ground. The additional finance that participating States have committed will support the Mission’s monitoring capacity and improve the safety and security of SMM staff, including through deploying and sustaining more monitoring officers, increasing its technical capabilities, and replacing its assets in accordance with the required standards,” Rama said in a public statement.

The OSCE SMM Chief Monitor Yaşar Halit Çevik also welcomed the extension of the SMM’s mandate. “I thank our host country, Ukraine, and the OSCE participating States for taking this consensus decision,” the Chief Monitor said. “It is a mark of the continued support for the Mission’s work in contributing to reducing tensions and fostering peace, stability and security in Ukraine.”

Meanwhile, according to the OSCE, the SMM is continuing its operations in Ukraine despite the corona virus pandemic, while “taking all necessary measures and precautions to minimize risks”.

Recent reports, however, indicate that the SMM is beginning to face some challenges regarding freedom of movement in eastern Ukraine. In its latest spot report, the Mission reported that “members of the armed formations denied two attempts of the SMM to cross into non-government-controlled areas of Donetsk region, as well as one attempt in Luhansk region, along official crossing routes. The Mission was also delayed exit, for the first time, towards government-controlled areas, in Donetsk region.”

The SHR Monitor will continue to follow this story.