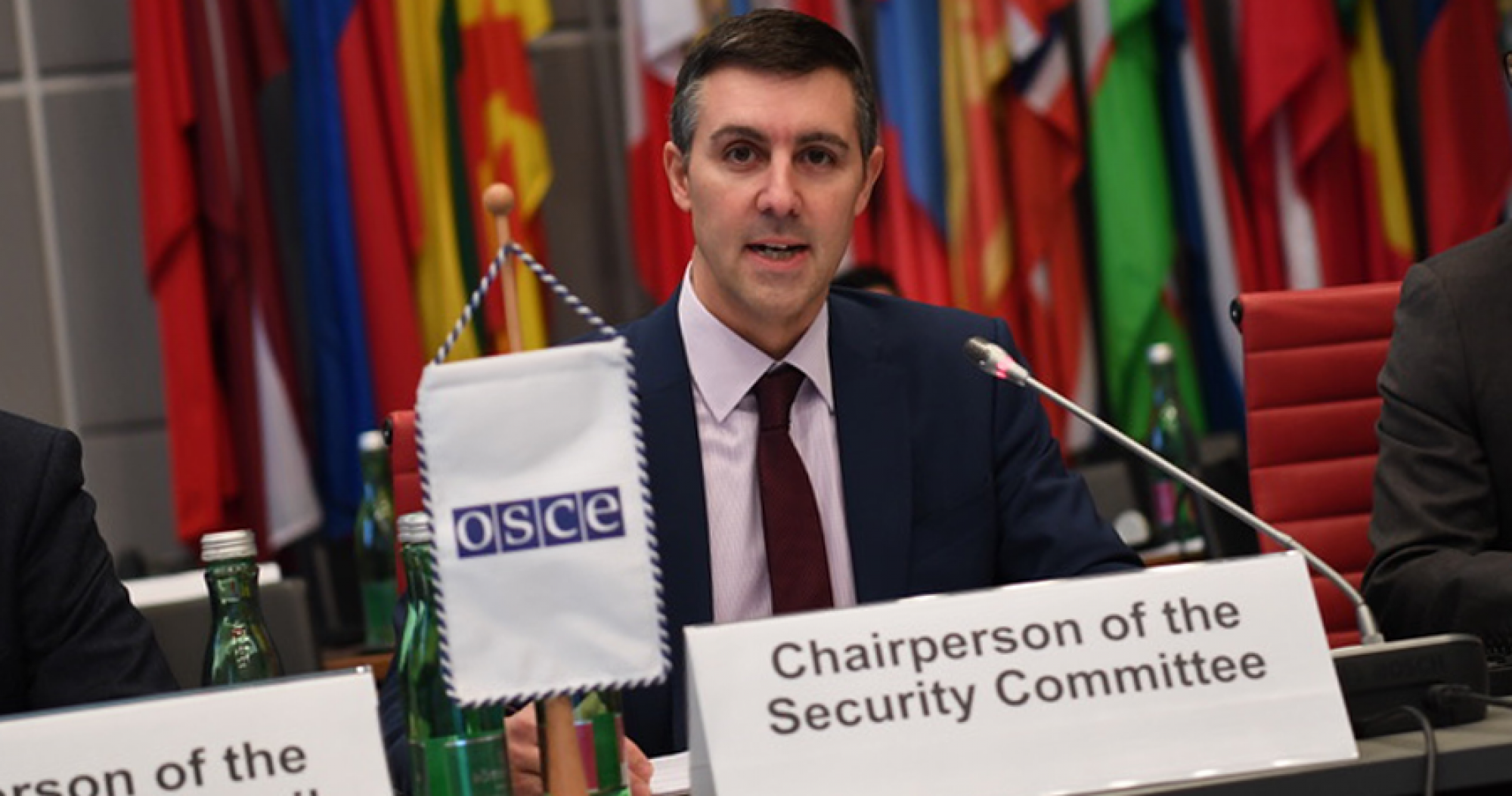 Interview with UK Ambassador to the OSCE on the Moscow Mechanism

In this interview, Neil Bush, United Kingdom Ambassador to the OSCE, explains the reasons for having triggered the Moscow Mechanism in relation to events in Belarus, and explains what will come next.

SHR Monitor: Ambassador Bush, why has the United Kingdom (UK) together with 16 other OSCE participating States decided to trigger the Moscow Mechanism?

Neil Bush: As you say, we invoked the Moscow Mechanism on 17 September, together with 16 other OSCE participating States. In addition, there were a number of other States that supported the invocation.

The UK and a number of other participating States have been following the situation in Belarus very closely, including before, during and after the 9 August presidential election. The body of evidence underlining our concerns of violations of human rights and fundamental freedoms as well as electoral fraud has grown significantly. Our concerns are based on well-documented reports from credible NGOs and media outlets.

In this context, the Moscow Mechanism is a useful OSCE tool that helps us establish an unbiased, independent and factual basis for looking at those reports.

Let me add that Belarus has got clear obligations as an OSCE participating State to uphold human rights and fundamental freedoms. The Moscow Mechanism was established by consensus to help us all implement our shared commitments in the human dimension. All 57 OSCE participating States, including Belarus, have signed up to the instrument. It has been established by consensus and we felt that its invocation was appropriate.

So, it would actually be in the interest of Belarus to cooperate with the OSCE expert mission?

It is in the interest of Belarus to work on upholding its OSCE principles and commitments for the sake of the Belarusian people. We believe that it is to the benefit of Belarus to engage with the Mechanism.

What was the exact role of the UK in triggering the Mechanism?

We played a key role in invoking the Mechanism. UK foreign secretary Dominc Raab very early on called on the OSCE investigation mechanisms to be used, in order to look at both, human rights abuses and electoral fraud.

A series of 16 other countries reached a similar conclusion on support for invoking the Mechanism.

I have seen that ODIHR has already set up an email address so that everyone who has relevant information can get in touch with the expert mission once it is set up. Do you know whether there will be additional, anonymous channels to contact the mission?

From my understanding, it is important that information is received through the email channel set up by ODIHR. We encourage everyone who has information in relation to the mandate of the mission to use that mailbox.

Will there be recommendations in the report and do you think that this can have an actual effect on the situation in Belarus?

We first need to ensure that the experts will be able to produce an independent report, based on evidence. Belarus also has the opportunity to take part in this endeavour and to nominate its own expert. It is at this point that the mission is able to get started, prepare its report, including a series of recommendations. We sincerely hope that they will be acted upon by Belarusian authorities.

Once the report is finished, it will be placed on the agenda of the OSCE Permanent Council to consider possible follow-up.

Besides the Moscow Mechanism, the OSCE Chairmanship in August (together with the incoming Swedish Chair) made an official offer to Belarus for mediation. This offer has not been accepted by Minsk yet. Do you think that triggering the Moscow Mechanism could be hampering mediation efforts by the OSCE?

We don’t see them as mutually exclusive. We continue to support the Chair in its efforts to try and facilitate political dialogue. We urge the Belarusian authorities to engage with the efforts of the Chair.