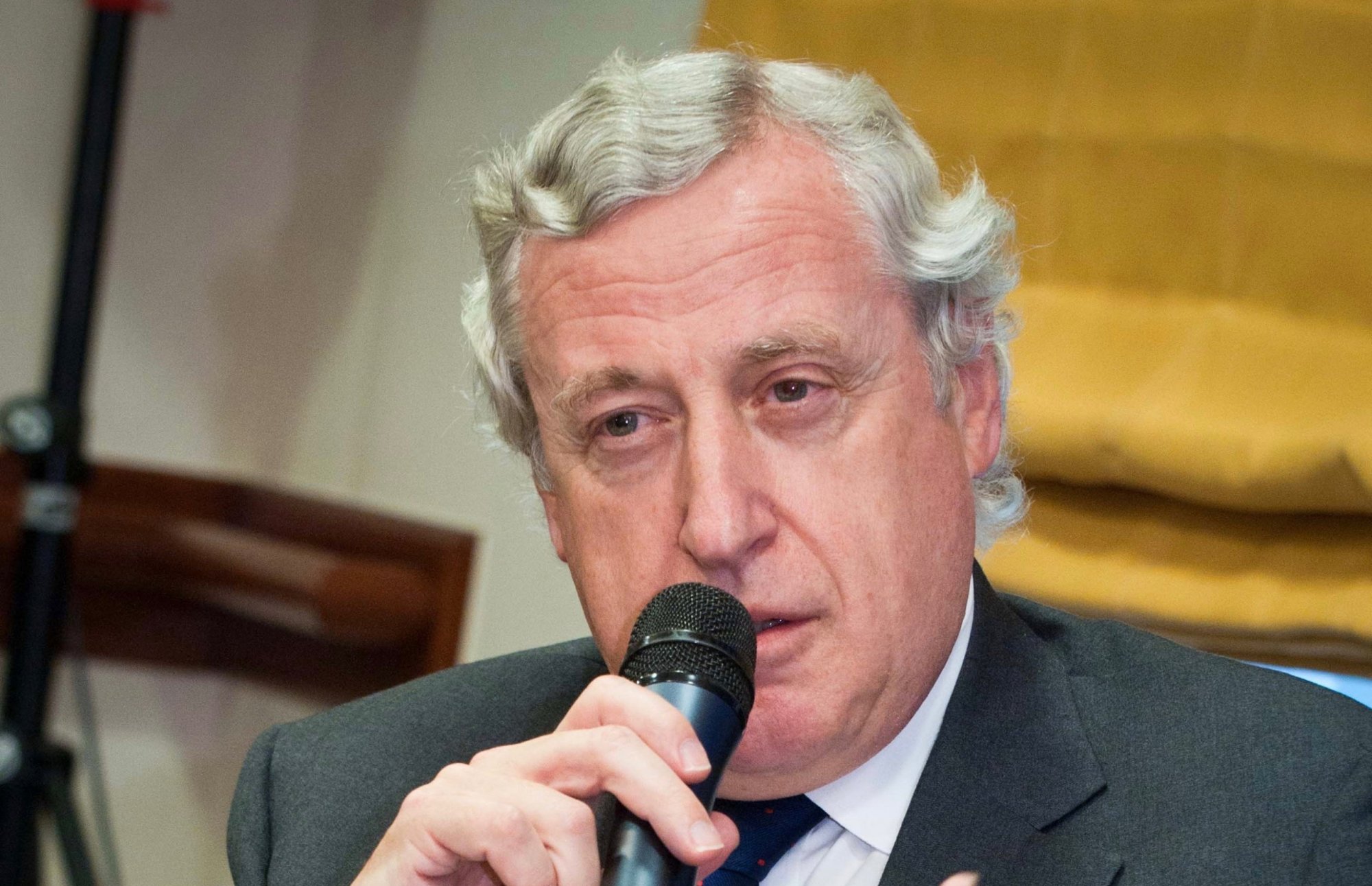 ‘If we want to defend Europe’s interests, we have to engage with Russia’

In this interview, Ambassador Pierre Vimont, French President Emmanuel Macron’s special envoy to revive dialogue with Russia, talks about the current tensions between Moscow and the West and explains why engagement with Russia is important. He calls for a more balanced approach by the European Union that needs to be firm on sanctions but also focus on selective engagement and dialogue with Russia.

SHR Monitor: Can you explain why the decision was made in 2019 to appoint you as special envoy for the architecture of security and trust with Russia? Was there any specific event or development that led French President Emmanuel Macron to conclude that relations between Russia and the European Union (EU) needed to be reinvigorated?

Ambassador Pierre Vimont: President Macron hosted Russian President Vladimir Putin in the south of France at the French President’s summer residence in August 2019, just a few days prior to the G7 summit in Biarritz. Both presidents held a long conversation, including over dinner. After the meeting, President Macron concluded that it was important to try and reinvigorate relations with Russia and to reengage with Russia.

One must not forget that in the years prior to 2019, the bilateral relationship between France and Russia was on a rather low profile, particularly when compared to the relations between Russia and several other EU member states. In fact, some of our EU partners have kept a rather high-level relationship with Russia, unlike France.

In a next step, President Macron outlined some of his strategic views in a diplomatic speech at the end of August 2019. In September of the same year, the French Foreign Minister, as well as the French Minister for Defence, held talks with Russian Foreign Minister Sergey Lavrov and the Russian Defense Minister in Moscow for the first time since 2013.

You have described the bilateral context, but there is also a strong European element to President Macron’s strategic vision. Can you explain this part as well?

Correct. As a follow-up to the meetings in 2019, President Macron decided that it was important to discuss our initiative with our European partners. This also has to do with the fact that Macron in general is a promoter of European sovereignty and of Europe becoming a more strategic player in the world.

It is also true that many of our European partners have been rather critical of our ideas. But Macron believes that when it comes to Russia, Europe is currently focused too much on confrontation and not enough on engagement.

As you probably know, in March 2016 the EU agreed on five guiding principles for EU-Russia relations. Among them are the full implementation of the so-called Minsk Agreements to end the conflict in Ukraine, closer ties with Russia’s former Soviet neighbors, strengthening EU resilience when it comes to Russian threats, enhancing people-to-people contacts, and also selective engagement with Russia.

This selective engagement – for example on issues of common interest such as combating terrorism or the COVID-19 pandemic – needs more support. We need a policy that is based on those two legs. But as I said before, Europe seems to be much more focused on the need to be firm with Russia and to deter Russia and less focused on the dialogue part.

How do you think the EU should react to the recent Russian troop buildup near the Ukrainian border? Many EU member states as well as the United States (U.S.) have expressed concern. Ukraine also requested meetings in the OSCE in accordance with the 2011 Vienna Document to get clarification from Russia regarding the situation on the ground.

France, like many other EU member states, has expressed concern with the Russian military buildup that is taking place currently near the Ukrainian borders. What is needed for the time being, as we assess the situation, is to avoid both overreacting or minimizing what is going on. From that perspective, the activation of the Vienna Document provisions seems a relevant move. It is also important to reaffirm our constant support for Ukraine’s sovereignty and independence. This will also be done when Ukrainian President Volodymyr Zelensky visits Paris shortly.

Do you think the strategic role of Europe and its need to engage with Russia is equally important today as it was during the presidency of Donald Trump? In other words, now that the U.S. has promised to lead again on the international stage, does the EU really still have to fill the void that was evident during the Trump presidency?

This is an important question because it goes to the heart of how President Macron views a strategic Europe. In his view, Europe should be able to think on its own, irrespective of who is in power in Washington. This also means that relations with Russia must be discussed among European states irrespective of who leads in Washington. Russia is our neighbor which means that it is also a more direct and immediate challenge to us in Europe.

What do you tell your critics who say that cooperation and dialogue with Russia cannot happen as long as it continues violating international law, such as illegally annexing the Crimean Peninsula? How do you cooperate with Russia while constraining its destructive behavior?

First of all, I strongly believe that Europe is not too lenient towards Russia. Europe has applied some very strong sanctions and restrictive measures against Russia. We have also decided that due to Russia’s recent actions, such as the poisoning and jailing of Kremlin critic Alexey Navalny, some of our planned ministerial meetings with Russia will be postponed.

But I want to emphasize again that by refusing dialogue with Russia, you will put yourself in a very difficult position in the long run. Because the reality today is that we are facing Russia in many regions and conflicts, including in Ukraine, Moldova, Georgia, Belarus, Syria, Libya or elsewhere. If we want to defend Europe’s interests, we have to engage with Russia.

If one decides to just wait for better days, one will allow Russia to be active in the meantime and to increase its presence and influence. In other words, if one decides that European diplomacy towards Russia should be walking on one leg alone, one will not get very far. Instead, Europe has to show that it is sovereign and that it is able to defend its values and get its point across.

Let me cite former European Commission President Jean-Claude Juncker who used to say: If you want me to speak with my friends only, my working day ends at 10:00 in the morning.

Do you think that Russia respects Europe and the EU as such?

In fact, one of the main insights I got from my talks with Russian counterparts is that many in the Russia government currently think that the EU is an irrelevant player. This also came to the fore during the much-discussed visit by Josep Borrell to Moscow at the beginning of February. Moscow believes that the EU is not a real geopolitical actor and has no political clout.

This is also one of the main reasons why Russia prefers bilateral relationships with individual EU member states and shows no interest in discussing with the EU as a bloc. This has to change and Europe therefore has to show that it is relevant and that it is a geopolitical actor. This is precisely how President Macron’s Russia policy and his European policy coincide.

The attempt to be firm on Russia when it comes to human rights abuse or breaches of international law while maintaining a regular dialogue is the daily business of many OSCE participating States. In the OSCE, members don’t have much choice but to work with Russia, given the fact that the Organization is based on consensus and its very raison d’être is to maintain dialogue and increase trust. However, it seems France tends to be more on the tough side in the OSCE when it comes to Russia. How can this be explained, particularly given President Macron’s attempts to reach out to Moscow?

I don’t agree with your assessment. I believe that France is part of a group of states that are somewhere in the middle, meaning that they still want to conduct a dialogue with Russia, despite all the many misgivings.

But it is true that France has also been very outspoken against recent Russian actions and has clearly condemned them, including the repression against Alexey Navalny himself as well as his supporters. This can give you the impression that France is among the staunchest critics of Russia. But that still should not prevent us from discussing and engaging with Russia, even if it is difficult.

Do you see an added value for the OSCE to take part in this exercise of staying firm on Russia while engaging in a dialogue?

Some of the major difficulties we are facing today with Russia relate to Ukraine and Belarus. In both cases the OSCE plays an important role, as you know. In addition, I feel that the EU and the OSCE in general could work more closely together.

The spirit of the Helsinki Final Act and of the Charter of Paris of trying to move forward despite disagreements and of trying to find some common ground is still valid today. In fact, France is guided by exactly this spirit in its attempts to reengage with Russia.

Pierre Vimont is a senior fellow at Carnegie Europe. He is a French diplomat with a distinguished career in the French foreign service. He was also the first executive secretary-general of the European External Action Service (EEAS), from December 2010 to March 2015. He holds the title, Ambassador of France, a dignity bestowed for life to only a few French career diplomats. Vimont holds a degree in law from Pantheon-Sorbonne University, and is a graduate of the Paris Institute of Political Studies (Sciences Po) and the National School of Administration (ENA).