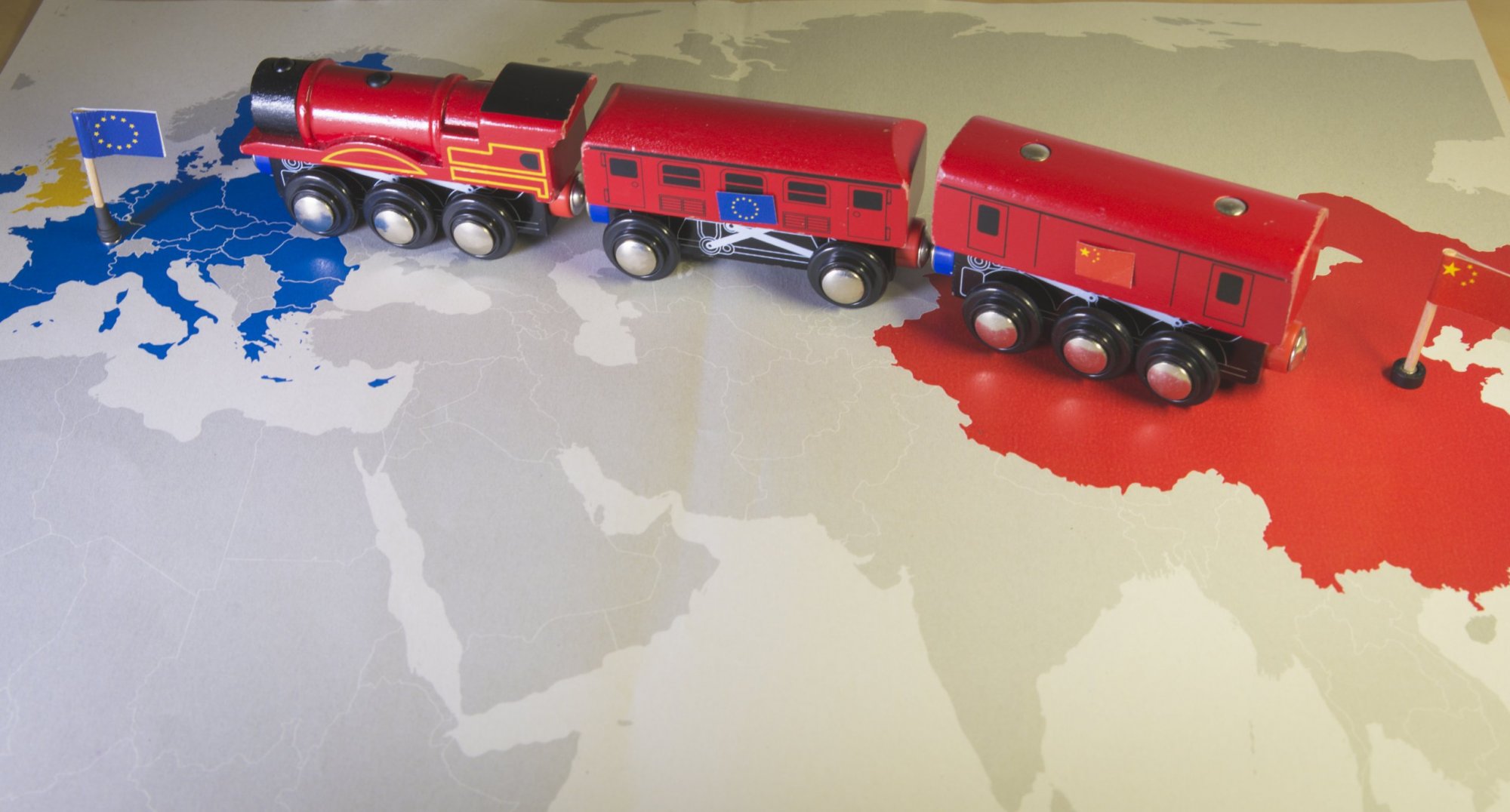 China: A Challenge or an Opportunity for the OSCE?

China has become a significant actor in the OSCE area at a time of deep divisions among participating States. As China, Russia, and the West now represent three rival great powers competing for influence in Eurasia, participating States’ narratives on China are polarised, driven, in part, by fundamentally different underpinning value systems. However, regardless of whether the ever-increasing Chinese presence are considered a challenge or an opportunity for the OSCE, the Organization needs to face China, not ignore it.

China’s presence and activities across the OSCE area have grown significantly in the wake of the launch of its Belt and Road Initiative (BRI) in 2013. Apart from investments in Western Europe, such as in port infrastructure, this is particularly obvious in three of the OSCE’s subregions: Central Asia, the South Caucasus and Eastern Europe, and the Western Balkans. Here, a Chinese footprint has grown even before the BRI emerged as an increasingly coherent and strategic foreign policy concept.

According to the China Global Investment Tracker, approximately $95bn worth of Chinese investment and construction contracts have flown into the OSCE participating States across these three subregions between 2005-2020, targeting the development of physical and IT infrastructure, including a ‘digital silk road’ and its more recent integration with the ‘health silk road’.

Perhaps most significantly, the volume of trade in goods with China has grown significantly. In all but two cases (Kazakhstan and Turkmenistan), the 2019 trade balance was, at times heavily, tilted in favour of China. In addition, the economic viability of many projects under the BRI is often questioned and some countries have incurred problematic debt levels as a result of Chinese loans. Similarly, negative social and environmental impacts have been reported and there is a concern about the promotion of the Chinese model of governance and growing Chinese political leverage as a result of its economic engagement.

As a result, relationships among OSCE participating States have suffered, with an already polarising debate about China carried into the OSCE on issues such as Xinjiang. At the same time, China’s preferred mode of bilateral engagement creates significant asymmetries in favour of China while exacerbating subregional disparities and inhibiting subregional cooperation.

This is also a result of a Chinese preference for some key target states in each of the three subregions which have seen significantly higher levels of Chinese financial engagement. Kazakhstan, for example, has received around $40bn worth of investment and loans out of a total of $55bn for all of Central Asia. Ukraine and Belarus have received $10bn and $6bn, respectively, out of $21bn for the subregion. In the case of Serbia, the numbers are $10bn out of $18bn for the Western Balkans, which has led to the country being perceived as a Chinese client state.

All of this raises several critical questions for the OSCE. First, is China a driver of further fragmentation in the OSCE area? There is no question that spheres-of-influence thinking has returned and that great power competition has increased in contested regions, such as the three OSCE subregions considered here, and not just between China and the US, but potentially also between China and Russia. This further adds to already existing, more ‘traditional’ East-West tensions in the OSCE, such as over Ukraine.

Potential further fragmentation in the OSCE area raises another question: could a China-centric security arrangement become a catalyst of the displacement of the OSCE as the preeminent comprehensive and cooperative security organization in the Euro-Atlantic and Eurasian space? China has developed and publicized its own version of ‘comprehensive security’ for some time. As early as 2014, Xi Jinping noted that comprehensive security means upholding security in both “traditional and non-traditional fields”, including “ethnic and religious problems … terrorism, transnational crimes, environmental security, cyber security, energy and resource security and major natural disasters”.

This vision has been firmly embedded in China’s approach to the BRI as well. In 2019, the Office of the Leading Group for Promoting the Belt and Road Initiative almost verbatim reproduced Xi’s 2014 remarks and stated that “all countries should foster a vision of common, comprehensive, cooperative and sustainable security”.

While the third (human rights) dimension is notably absent from this vision, it resembles the security concept of the Shanghai Cooperation Organization, which is focused on “strengthening mutual trust, friendship and good neighbourliness between the member states; encouraging effective co-operation between them in the political, trade, economic, scientific, technical, cultural, educational, energy, transport, environmental and other fields; making joint efforts to maintain and ensure peace, security and stability in the region and establishing new, democratic, just and rational international political and economic order”.

The potential credibility of the SCO as a Eurasian, but not Euro-Atlantic, alternative to the OSCE is further underscored by its membership. It has eight full member states (including OSCE participating States Kazakhstan, Kyrgyzstan, Russia, Tajikistan, and Uzbekistan, as well as China, India, and Pakistan), four observer states with membership aspirations (including Belarus and Mongolia, as well as Afghanistan and Iran), and six dialogue partners (including Armenia, Azerbaijan, and Turkey, as well as Cambodia, Nepal, and Sri Lanka).

On the opposite end of the spectrum of competing narratives, China’s BRI can also be looked at as an opportunity for the OSCE’s participating States, for existing economic and political integration projects in the OSCE area, and for the Organization’s institutions and structures.

For participating States, China has provided a source of finance for development, especially in terms of infrastructure, and consequently deeper integration into the global economy. Additionally, China has been regarded as an alternative to alignment with the European Union (EU) or the Eurasian Economic Union (EAEU). Such a perception could be further strengthened, and eventually turned into reality, when and if the China-EAEU Agreement on Economic and Trade Cooperation and the China-EU Comprehensive Agreement on Investment become fully operational.

Apart from potential OSCE opportunities to cooperate with China on common security challenges like corruption and organized crime, the second dimension offers perhaps the greatest prospects of OSCE-China engagement in the short term. The OSCE, China, Russia, and the EU have all articulated their own visions of connectivity. An OSCE-led Connectivity 2.0 agenda could ensure that these overlapping but not identical visions of connectivity can become and remain compatible and complementary despite their different normative underpinnings and strategic goals. This, in turn, would contribute to a sustainable and inclusive post-pandemic recovery, focused on strengthening the resilience of the economies, societies, and institutions of OSCE participating States and China.

Achieving this will only be possible through a collective effort of all of these international stakeholders. The OSCE, through its convening and agenda-setting power, could provide the forum for deliberating smart new approaches to ensuring the continued free movement of goods, capital, people, and ideas.

Where next for the OSCE?

As I point out in my recent report on China and the OSCE, regardless of whether one sees China as a challenge or an opportunity for the OSCE, there is an indisputable need for the Organization to engage with China. However, such engagement faces three main hurdles.

First, it is not clear that participating States would benefit from OSCE engagement with China as it might limit the gains they can potentially obtain either from direct bilateral engagement or through different multilateral formats, such as the EU, EAEU, or SCO.

Second, engaging with China might simply be a ‘bridge too far’ for the OSCE and further undermine its capacity to deliver on its existing mandate and preserving its established norm consensus in the context of the already fractious relations between its participating States.

Third, it is far from clear that the OSCE is the kind of forum with which China would want to engage and under what conditions.

These hurdles neither diminish the need for engagement, nor do they make engagement impossible. Rather, they need to be recognized as the parameters within which an OSCE strategy for engagement with China could be formulated and implemented. This process should ideally be led by the Secretary General and facilitate both internal and external dialogue.

Formulating a China strategy will require closing current gaps in knowledge. First, what are the different scenarios across the spectrum of engagement—non-engagement with China and across what different timeframes? Second, what do participating States want from an OSCE China strategy (if they want it at all) and what would they permit the Secretary General or Chairpersonships to do? And third, what does China know about and want from the OSCE?

Beyond knowledge gaps, there are also gaps in capacity. Who would support the Secretary General in this process? A Secretariat-level China working group? A Group of Friends among participating States? The OSCE Troika?

There could be other ways to engage China that are less formal and that could be implemented long before a formal OSCE strategy is articulated, for example through OSCE field operations and the OSCE Parliamentary Assembly. Similarly, Track 2 initiatives, including an academic conference bringing together experts from the OSCE area, OSCE Partners for Cooperation, and China could try to address some of the existing knowledge gaps. And none of this should prevent the OSCE from engaging China through existing multilateral fora in which they both participate.

Above all, the OSCE (and its participating States) need to acknowledge that China’s presence and activities in three of the OSCE’s subregions (and beyond) present both challenges and opportunities for the Organization. At the same time, the Organization has a long and successful track record of facilitating stability and security in the face of great power rivalry. This and the fact that it brings with it the convening and agenda-setting power of 57 participating States, creates some optimism that constructive engagement with China can revalidate the OSCE as the only truly Euro-Atlantic and Eurasian comprehensive and cooperative security organisation.

Stefan Wolff is Professor of International Security at the University of Birmingham, where he is also associated with the Institute for Conflict, Cooperation and Security. He is the principle author of the OSCE Network report “China’s Belt and Road Initiative: Implications for the OSCE”, on which this analysis is partly based.

One response to “China: A Challenge or an Opportunity for the OSCE?”