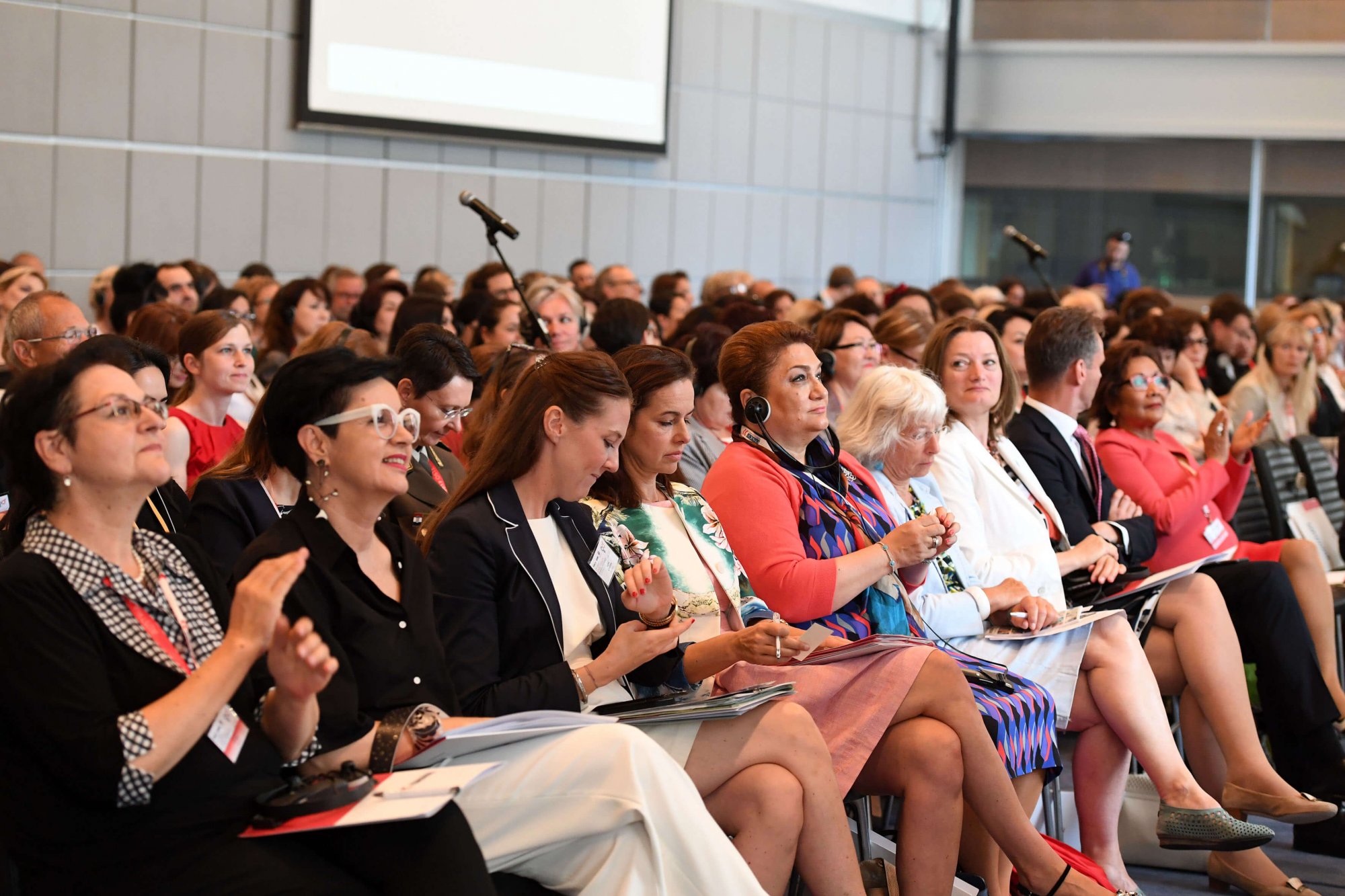 When: 12 June 2017 (All day) – 13 June 2017 (All day)
Where: Vienna, Hofburg, Neuer Saal
Organized by: Austrian OSCE Chairmanship, OSCE Secretariat and ODIHR
The Gender Equality Review Conference is designed to serve as a platform where representatives of the OSCE participating States, executive structures, civil society organizations and academia can identify progress achieved in the implementation of the 2004 OSCE Action Plan for the Promotion of Gender Equality. Sharing good practices, discussing challenges and gaps, as well as action required to promote gender equality in the short- and medium-term are all part of the debate. The conference will be opened by a high-level panel session and followed by thematic working sessions on each of the three security dimensions as well as on institutional mechanisms and on emerging issues. The conference will provide an important opportunity to review the implementation of the OSCE gender equality-related commitments and to identify recommendations. As the largest regional security organization in the world, the OSCE has an important role to play in addressing the issue of a comprehensive approach to human rights and security of women and men, girls and boys. Although there has been progress globally and in the OSCE region on advancing towards gender equality, it has been slow and uneven. It is important to build momentum, strengthen political commitments and ensure that these are translated into concrete action at the national level. The 2004 Ministerial Council Decision for an OSCE Action Plan for the Promotion of Gender Equality (MC.DEC/14/04) is the key OSCE document on gender equality. Since then, several Ministerial Council decisions on gender issues have been adopted, including on women in conflict prevention, crisis management, and post-conflict rehabilitation (MC.DEC/14/05); on preventing and combating violence against women (MC.DEC/15/05 and MC.DEC/7/14); on women’s participation in political and public life (MC.DEC/7/09); and on promoting equal opportunity for women in the economic sphere (MC/DEC/10/11). In addition, several key Ministerial Council Decisions include a reference to the importance of gender mainstreaming and the inclusion of women in laws and policies.